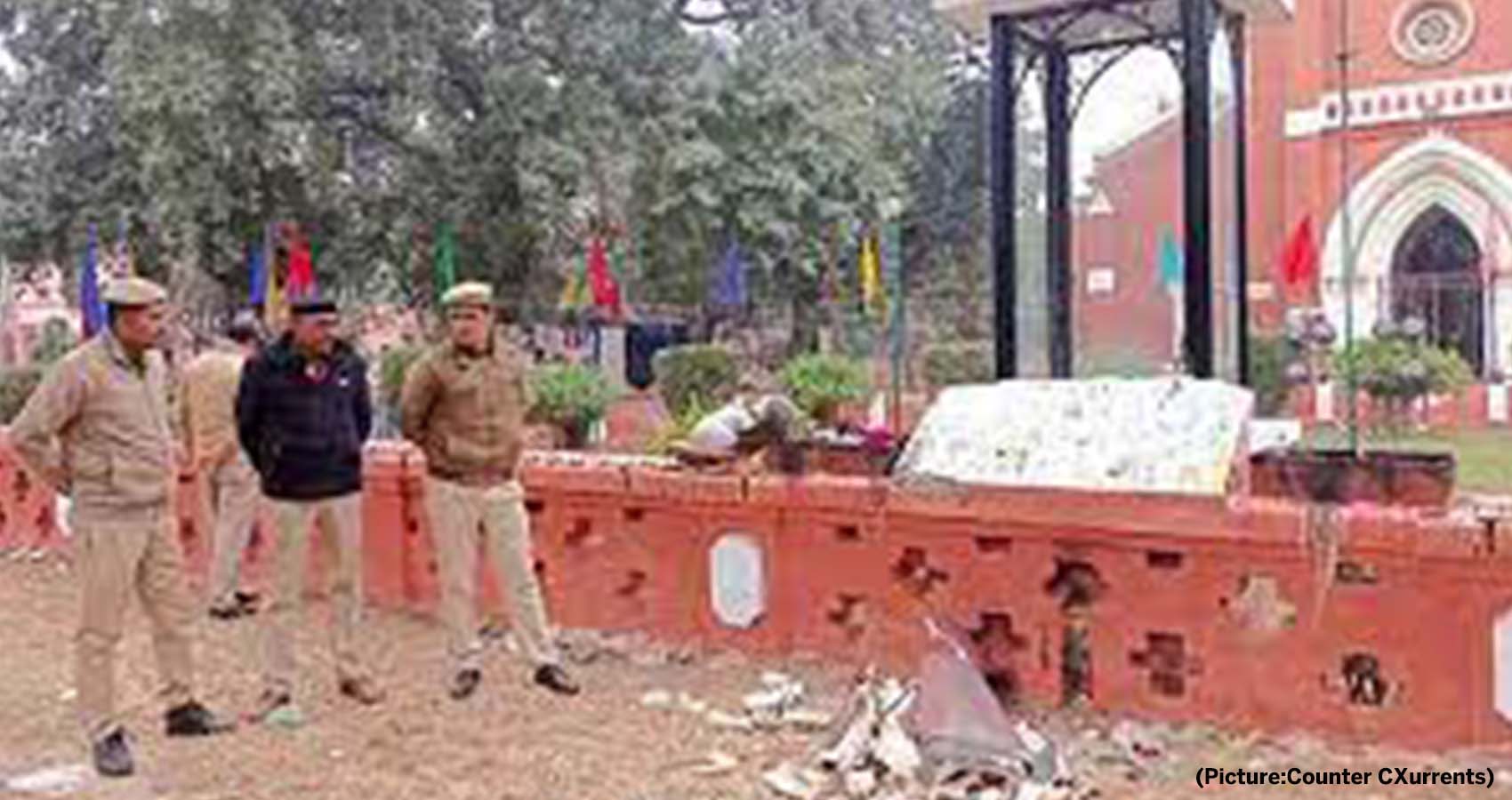 “These calls have an eerie familiarity with what has happened to the Jews in Germany during World War II. Even Hitler has used euphemism instead of direct appeal to annihilate a community. However, the religious extremists in India have gone even a step further and made their open call. Undoubtedly, India is at an inflection point in history, and the question is whether the current leadership acquiesce to the sounds and fury from these diabolical mindsets by keeping their deafening silence!”

Like many other nations globally, India has been navigating through an economic crisis while battling an onslaught of Covid-19 and its variants. However, one may find it hard to pin down a leadership anywhere bent upon augmenting that misery for its own people through arbitrary and quirky actions. That is probably what the Modi administration has done by canceling about 6000 of FCRAs (Foreign Currency Remittance Act) of NGOs and various religious organizations that serve the poorest of the poor and disadvantaged in the educational, charitable, and healthcare arena. 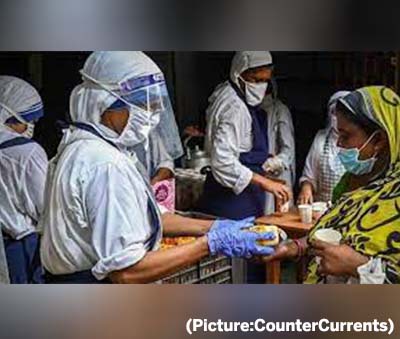 These leaders appear to be unimpressed with the vital work done by many of these civic organizations in blunting the fury of the pandemic by providing food and assistance when the government was found missing in action. Missionaries of Charity, an organization founded by Mother Teresa, is one of the impacted organizations and might have garnered the most attention. However, so many of those organizations on that list might soon be depriving a dying patient of urgent medical care due to their inability to pay or denying a meal to a hungry person from the ranks of the poor and disadvantaged.

It is bizarre to learn that one of the reasons for cutting off funds for the Missionaries of Charities was that the inspectors had found copies of Bibles on the premises! Missionaries of Charities have had a long record of distinguished humanitarian service that began in 1950 on the streets of Calcutta. The group is revered worldwide for its work under Mother Teresa, an Albanian Christian nun who made India her home. She was awarded the Nobel Peace Prize for her dedicated work over a lifetime, and her legacy inspires so many to carry on with similar missions.

The published list contains organizations belonging to various religious affiliations. Although one can fully understand the need for transparency and accountability in these organizations, this discretionary decision may have a far-reaching effect of closing their doors for good, resulting in a denial of services to the most vulnerable needy. Moreover, by releasing this list on the eve of Christmas, the Modi administration may also be sending a clear message to the Christians in India that you are no longer welcome as a partner in the social development arena. They may look at the Christian community as having undue influence in the society-at-large through their educational and charitable work and are determined to shut it down. While people worldwide are on edge dealing with variants of this virus, only a wicked mindset could think of this type of ordinance in a time such as these.

Thanks to the rising antagonism of the authorities towards minorities, we have also seen a spate of attacks on Christians during this holiday season. The right-wing extremists, who are emboldened by the words and deeds of the current leadership, went on a rampage disrupting Carol services and destroying church properties in several parts of India. A group of men led by a politician barged into a Gurgaon private school and disrupted the Christmas carnival. They also chanted slogans of “Jai Shri Ram and Bharat Ki Jai,” and the videos of the incident show a man addressing the gathering, stating that “Christianity is not acceptable here.”

In another incident, a statue of Jesus Christ was vandalized at the Holy Redeemer Church entrance, a century-old building with great historical importance. In the Chandmari district of Varanasi, Uttar Pradesh, a group of right-wing men carrying saffron flags protested outside the Matridham Ashram before a Christmas event was to take place. The group of 20-30 people raised the “Jai Shri ram” slogan along with “Church murdabad” (death to the church) and “stop conversion.” In Assam, the Bajrang Dal was also involved in impeding the Christmas midnight mass celebrations in Silchar. The men allegedly forced their way into the church and demanded that the celebration be shut down because it was also ‘Tulsi Diwas.’

The action against Missionaries of Charity also happened in the backdrop of an anti-conversion bill passed in the Karnataka Assembly that has stoked anxieties among Christians in that southern state, the IT hub of India. The first anti-conversion law was passed in Odisha in 1967, leading to an attack on Christians, culminating in the Kandhamal violence in 2008. Six other states followed suit resulting in increased violence against Christians. Rev. Peter Machado, Archbishop of Bengaluru, summed up his heartfelt feelings this way: “This is frightening and a sad commentary on secularism, signals are suggesting it is not a good time to be a Christian in Karnataka.” One also wonders that if there is such a rampant conversion as alleged, why has the Christian population in Karnataka decreased from 1.91% as per the 2001 census instead of 1.87% as per the 2011 one?

Why are these attacks occurring at an increased frequency now? For those observers, it becomes apparent that it is part of the BJP efforts to promote their long-cherished goal of a majoritarian rule under the banner of a Hindu Rashtra. The recently held Dharam Sansad in Haridwar in the name of Sanatana Dharma indicated what extent they are willing to go to accomplish that goal. One of the main organizers of the Sansad, Prabodhhanand Giri, was heard praising the Myanmarese people for killing and driving out Rohingya Muslims. The Swami wants the Hindus in India to imitate the Buddhists and drive out the Muslims from the country. A female speaker went even further, asking every Hindu to wield the sword and start killing Muslims. Christians may be considered collateral damage in their quest to fulfill that dream in the whole scheme of things.

These calls have an eerie familiarity with what has happened to the Jews in Germany during World War II. Even Hitler has used euphemism instead of direct appeal to annihilate a community. However, the religious extremists in India have gone even a step further and made their open call. Undoubtedly, India is at an inflection point in history, and the question is whether the current leadership acquiesce to the sounds and fury from these diabolical mindsets by keeping their deafening silence!