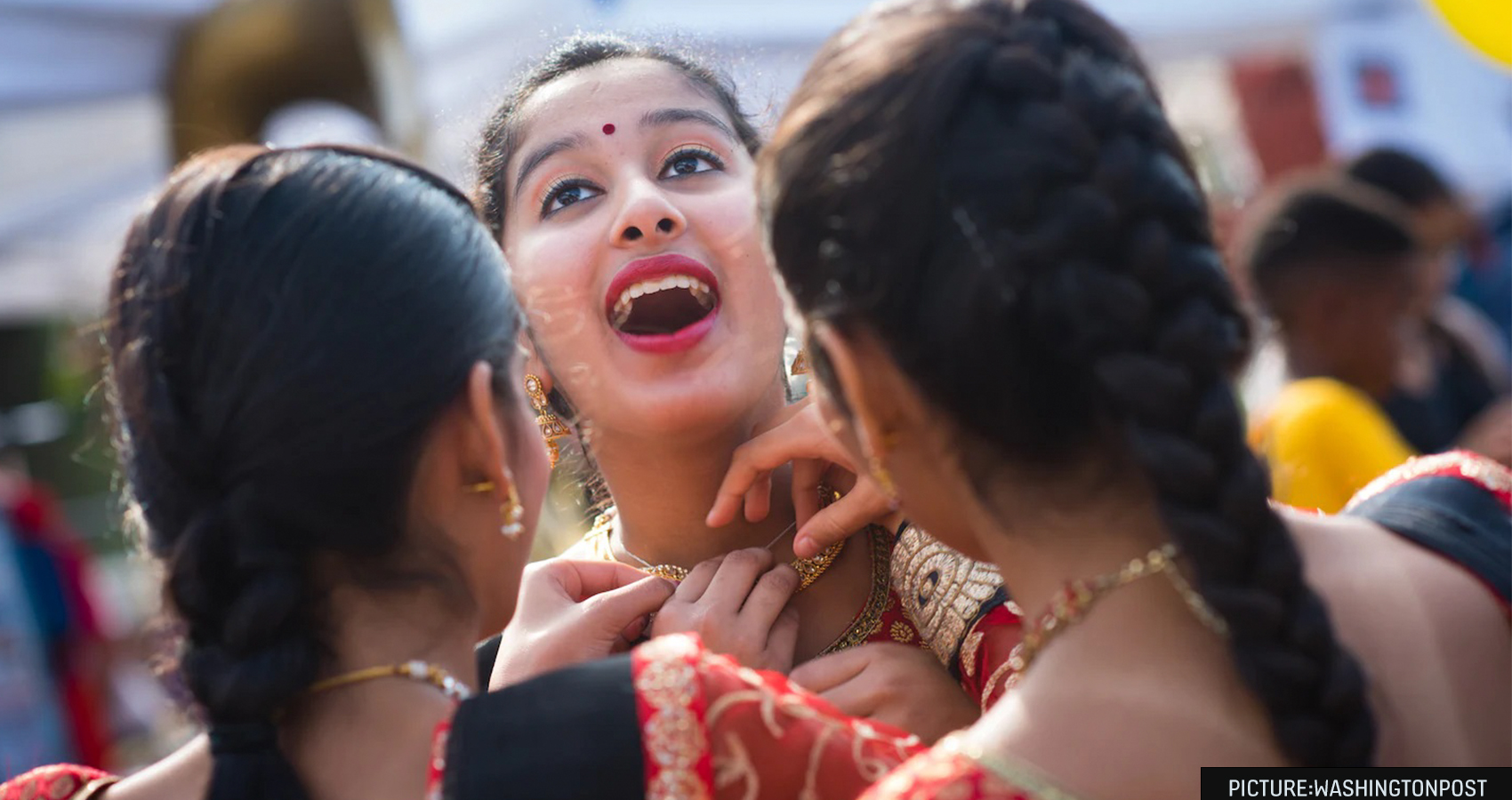 Maryland, one of the two states in the country to flip from majority White to majority non-White over the last decade, is now the most diverse state on the East Coast, according to new data from the 2020 Census. Meanwhile, the District of Columbia continued to lose Black residents – an exodus that has accelerated over the last 10 years. 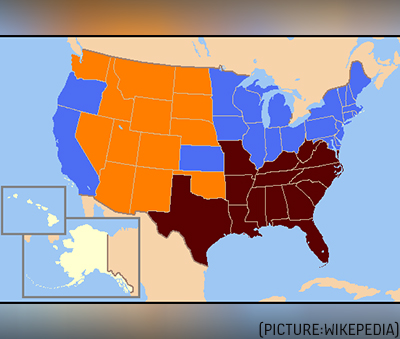 Overall, the region’s population grew by 12.9% to 6.6 million, less than in past decades. Loudoun County led northern Virginia and the metro area with an increase of 38.4%, while in the Maryland suburbs of D.C., Howard County grew the most, 15.8%.

Keeping with national trends that saw the number of White people in the U.S. fall and the White share of the population dip below 60% for the first time since 1790, population growth in the D.C. region has been driven largely by people of color.

According to the U.S. Census Bureau’s diversity index – which measures the likelihood that two people chosen at random would be from different racial and ethnic groups – Maryland is now one of the most diverse states in the nation, surpassed only by Nevada, California and Hawaii.

Nevada also was the only other state in the country to become majority non-White over the last decade. The change in Maryland’s demographic makeup was driven by growing Asian and Latino populations in the District’s inner suburbs and areas around Baltimore. Prince George’s County grew 12% to 967,000.

Amid this decade of growth, Fairfax, Prince William and Loudoun saw significant declines in their White population over the last 10 years. Loudoun, in particular, went from 62.4% White in 2010 to 51.5% in 2020.

Fairfax is the latest D.C. suburbs to become majority non-White, joining Prince William in Virginia and Howard, Montgomery and Prince George’s in Maryland.

The only jurisdiction in the area where the White share of the population increased over the last decade was the District.

The city is now Whiter than it has been in more than half a century. The number of residents who identify as White increased 25% since 2010, and in 2020 accounted for 38% of the population, narrowing the gap with the District’s Black population, which declined by nearly 19,000 or 6.3%.

In the place still known by many as “Chocolate City,” just 40.9% of the population identified as Black in the 2020 count – the smallest%age since the 1950 Census when 35% of the District’s population was Black.

Black Washingtonians are still the largest racial group in the District, according to Census numbers, but gains in the White and Hispanic populations drove the city’s overall population growth of 14.6% – or nearly 88,000 people – since 2010.

News assistants run outside the U.S. Supreme Court after the court ruled that U.S. President Donald Trump’s administration did not give an adequate explanation for its plan to add a citizenship question to the 2020 census, delivering a victory to New York state and others challenging the proposal in Washington, U.S., June 27, 2019. REUTERS/Carlos Barria

Andrew Trueblood, the director of the D.C. Office of Planning, said the numbers came as a surprise to District officials and raised questions about the veracity of the 2020 estimates. He and other D.C. officials had been tracking Black population data, including by using estimates from the American Community Survey. The 2020 population numbers, he said, do not seem to match those projections.

“We knew the District of Columbia was at risk of an undercount – and that’s regardless of what happened in the world with a global pandemic,” Trueblood said. “We have a lot of concern that our most vulnerable residents were not counted.”

District officials will be conducting their own analysis, Trueblood added, saying it was “too early” to draw conclusions from the census data release Thursday.

The continued growth of the District’s White population is the ongoing result of more than two decades of gentrification and largely reflects migration patterns from the first half of the last decade, during which White millennials and young professionals flocked to the city as the nation was slowly rebounding from the depths of the Great Recession, said Brookings Institution demographer William Frey.

“Millennials not able to afford a home were doubling and tripling up in cities,” Frey said, adding that trend has “sort of fallen off a bit in the last part of the decade.”

Officials from the D.C. mayor’s office, including the director of the D.C. Office on African American Affairs pointed to Mayor Muriel Bowser’s pledge to pour $400 million into affordable housing production in the District as a key part of her efforts to keep Black residents from being displaced amid rising housing costs. Bowser is herself a fifth-generation Washingtonian, officials said.

Howard County, which became majority non-White for the first time this past decade, has seen an explosion in its Asian population, which grew more than 60% in the last 10 years. County Executive Calvin Ball, D, pointed to newly established cricket pitches, growing Lunar New Year celebrations, Korean American businesses and the county’s annual hosting of the National Youth Cricket League competition as evidence of Asian Americans’ growing influence in the county.

Ball said that Asian Americans and Hispanics – whose population grew from 5.8% to 8.2% over the last decade – want to live in communities where they feel safe and supported.

He pointed to Howard County’s decision to join a lawsuit against the Trump administration over its decision to exclude undocumented immigrants from the apportionment count that dictates how congressional districts are drawn as one of the ways the county has sought to stand up for immigrants in those communities.

In Prince George’s County, long known as a Black stronghold and one of the most affluent Black communities in the nation, the Hispanic population grew from 14.9% in 2010 to 21.2% last year – gains that helped drive the county’s growth over the past decade. Black people still makeup the largest population in the county with 59.1% – a decline from 63.5% a decade ago.

Prince George’s County Council Vice Chair Deni Taveras, the first Latina ever elected to that body, said the Latino population has shifted from being a largely immigrant community to now containing multiple generations, including second and third generations of Marylanders.

Demographers noted that this is true of the country, as well.

According to Frey, “most of the Hispanic population we’re seeing are U.S.-born. Only a third of Hispanics are at this point foreign born, so the increases are really due to naturally increases in the U.S. population, not so much from immigration.”

Taveras said the county has a long way to go in making its Latino residents feel as if they are “a part of the fold” and included in leadership.

“A Latino child can go from kindergarten to college in our school system without ever seeing one Latino professional who looks like them. That’s unacceptable,” she said. “Our leaders in Maryland need to understand that these are not just new Americans who are moving here. These are children who grew up here and families having children. . . . We’re talking about Latinos who have lived here for generations. That’s not really the conversation we’ve been having.”

Maryland joins five other states, the District and Puerto Rico in having people of color comprise the majority of their population: California, Hawaii, Texas, Nevada and New Mexico.

“This is a trend that we’ve expecting for a while now, and it’s something that we should be really proud of,” said Maryland state delegate Jheanelle Wilkins (D-Montgomery), who served on the statewide Complete Count Committee that oversaw Census efforts last year.

Montgomery County grew by 9.3% to 1.1 million. “Wow, Montgomery! Look at us!” Wilkins quipped as she reviewed the numbers Thursday. “Maryland is more and more reflective of the country, we are a state where we have a high immigrant population, where immigrants like myself – I was born in Kingston, Jamaica – come to from all over the world. . . . and you’re seeing us take the lead on issues that affect all of our diverse populations in really meaningful and targeted ways, and this data – knowing where our diverse populations are – really helps us do that.”

Outside of New York City and California, Fairfax County is now the largest county in the U.S. to have an Asian population of at least 20%. State delegate Kathy Tran, D-Fairfax, pointed to changes in the state government, including the creation of an AAPI Caucus and pro-immigrant legislation, as evidence of Virginia’s evolving diversity.

“Virginia is so steeped in history and the conversation around race relations in our state has rightly centered around Black Virginians in the last 400-plus years since the start of this commonwealth, but I think there is always opportunity for additional voices and perspectives to be heard,” Tran said. “We still had until the last couple of years Jim Crow laws that were still embedded into our code, and so we’re dismantling that at the same time as we’re pushing for immigrant justice, for example.”

Tran added that there is still “a ways to go” in building political capital among the state’s Asian and Latino communities and “making sure our voices are heard,” but added she hopes the new census data demonstrates to all Virginians why efforts to do so are necessary.