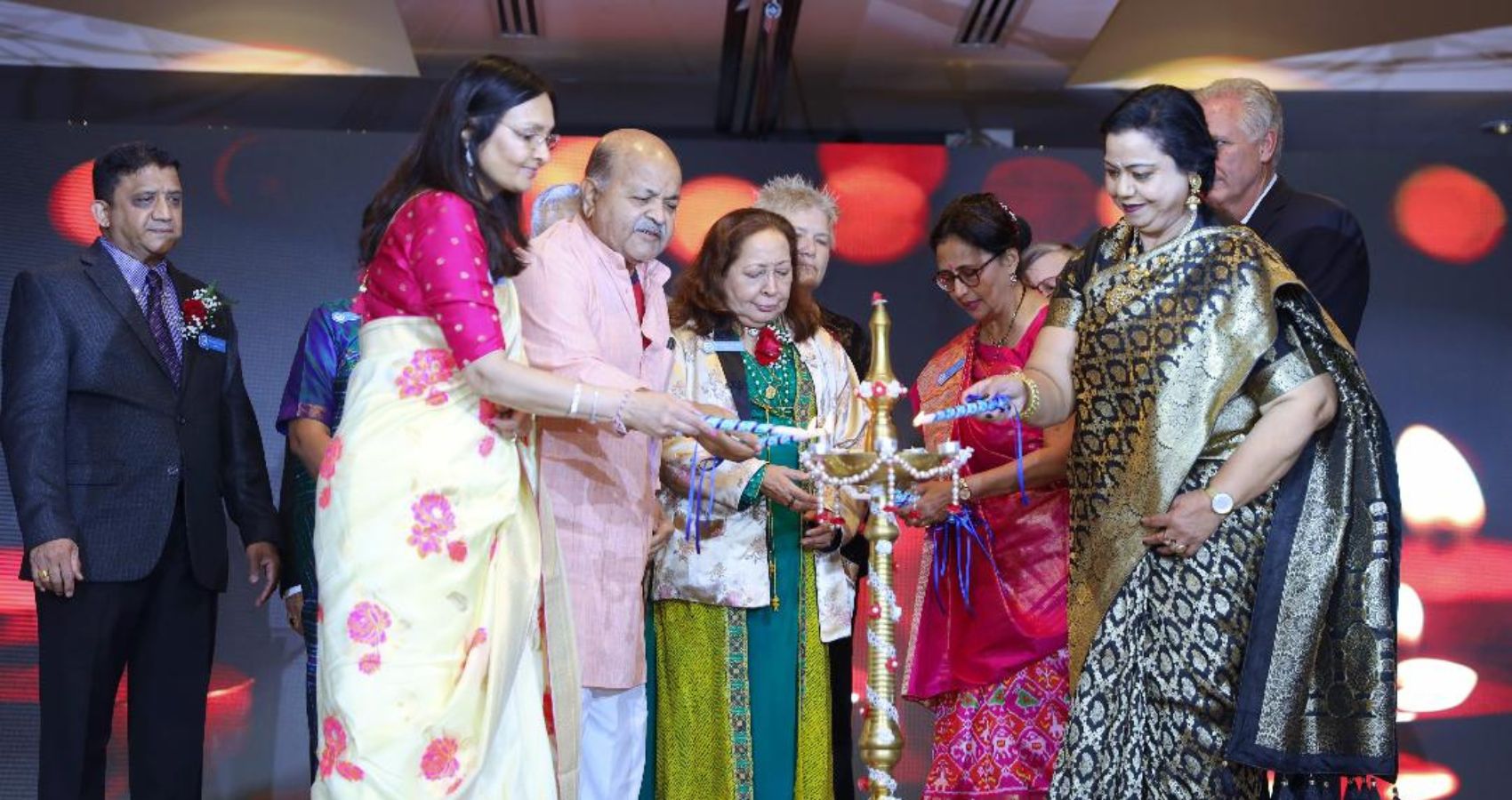 Metropolitan Asian Family Services celebrated its Pearl Anniversary this year. The remarkable event of the glorious 30 years of service to the community was held on Saturday, October 8th, 2022. This year’s fundraiser gala was so special as MAFS, a multicultural/multiethnic 501 (C) (3) organization that has changed the landscape, recognized and licensed by State and federal Governments. The event was emceed by Sameer Saini and Shweta Vasudev who had come from Texas.

The celebration started with the traditional “Deep Lighting” performed by Pandit Jagdish Joshi, followed by a beautiful Kathak-based Ganesh Vandana by Gauri Jog and her students. They danced gracefully and effortlessly well portraying the essence of lord Ganesha. 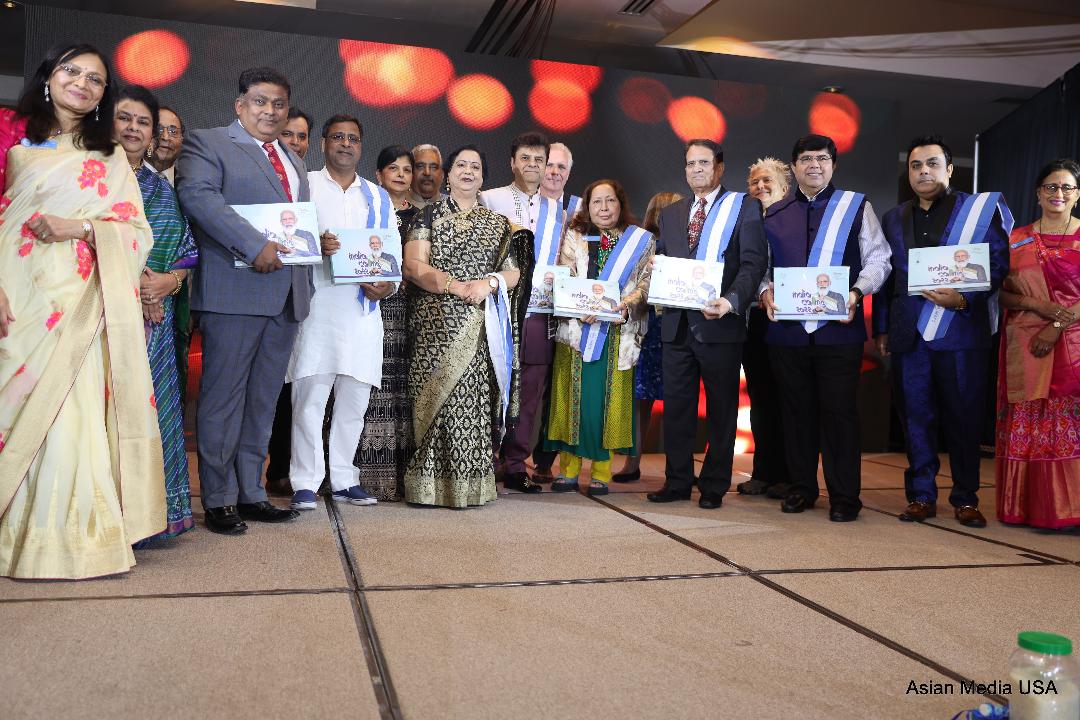 The keynote address was given by Diane Slezak CEO, and President of Age Options, a long-standing partner of MAFS. In her speech, she praised the incomparable work done by MAFS for so many years and she remembered the initial years, and how they started their partnership with MAFS.

The life journey of Dr. Santosh Kumar was showcased by the Board Members and the MAFS staff with a theatrical performance. The performance was the depiction of her story of how MAFS founded and touched thousands of lives of seniors. In the end, all the artists thanked Mrs. Kumar on behalf of everyone for doing exceptional work for three decades and continuing to do so. The storyline was beautifully narrated by Ms. Roshita Pandey, and the creation and direction were by Ms. Dipti Shah and scripted by Manju Karla.

In a passionate speech, Congressman – Raja Krishnamurthy, wished the hundreds of people gathered at the gala to stand united, to serve the seniors. And gave the best wishes to continue the noble work MAFS is doing for so many years in the future. Mrs. Kumar and her sons Sagar and Prashant Kumar presented a beautiful painting of Mr. Raja Krishnamurthy as a gift to him during the event. The painting was made by highly artistic MAFS staff Mr. Rajender Singh. He commended Dr. Santosh Kumar for her exemplary service to the community for 30 long years.

A very special tribute was given to Dr. Santosh Kumar by the MAFS senior staff Promila Mehta, Dahyabhai, Himali, Harish Mahajan, Harivadan Patel. A trophy, shawl, and rose flowers were given. The Global Eye Magazine, MEATF, and AMFC also honored Mrs. Kumar with a specially made beautiful trophy to congratulate her on 30 years of amazing services to greater Chicago by the Congressman Raja Krishnamoorthy and Dr. Vijay Prabhakar.

Governor of Illinois Mr. J. B. Pritzker’s sent us a special video message on Pearl’s anniversary of MAFS that was much appreciated. He praised and mentioned that MAFS has touched thousands of lives for 365 days through a variety of programs they offer for the past three decades. Later, the dignitaries in their speech acknowledged the exemplary 365 days of nonstop hard work MAFS is doing for such a long period.

The highlight of the show was giving away awards and recognizing their support throughout the three decades to form and run the Non-Profit organization that serves our elderly day and night. Dr. Santosh Kumar gave the posthumous awards to the families of the founding mentors Mr. S. S. Bhatt, Mr. Manohar Manchanda, Mr. Ramesh Goyal, Mr. Naren Patel, and Mr. Pramod Kumar. She points out that the astonishing support they gave to form the MAFS will never be forgotten, and always be grateful for their help.

The next category of the award was the outstanding partnership without which the MAFS would have not survived through 30 years. CLESE, Age Options, City of Chicago, Retirement Research Foundation, Wintrust Community Bank, Steeplechase, Healthcare Solutions Team, MODE Architect, Patel Brothers, Northwestern University, Mark T. McKinney, and Maneesh Media were the partners MAFS applauded. The pillars of MAFS awards were given by the dignitaries to MAFS staff for their wonderful contribution over all these years. The Pillars of MAFS were Prem Jalota, Promila Mehta, Harish Mahajan, Harivadan Patel, Dahyabhai Patel, Awilda Gonzalez, Pankaj Patel, Zareen Ahmed, Jahnavi Bavisi, Khyati Dave, Himali Bharucha, Dipti Shah. 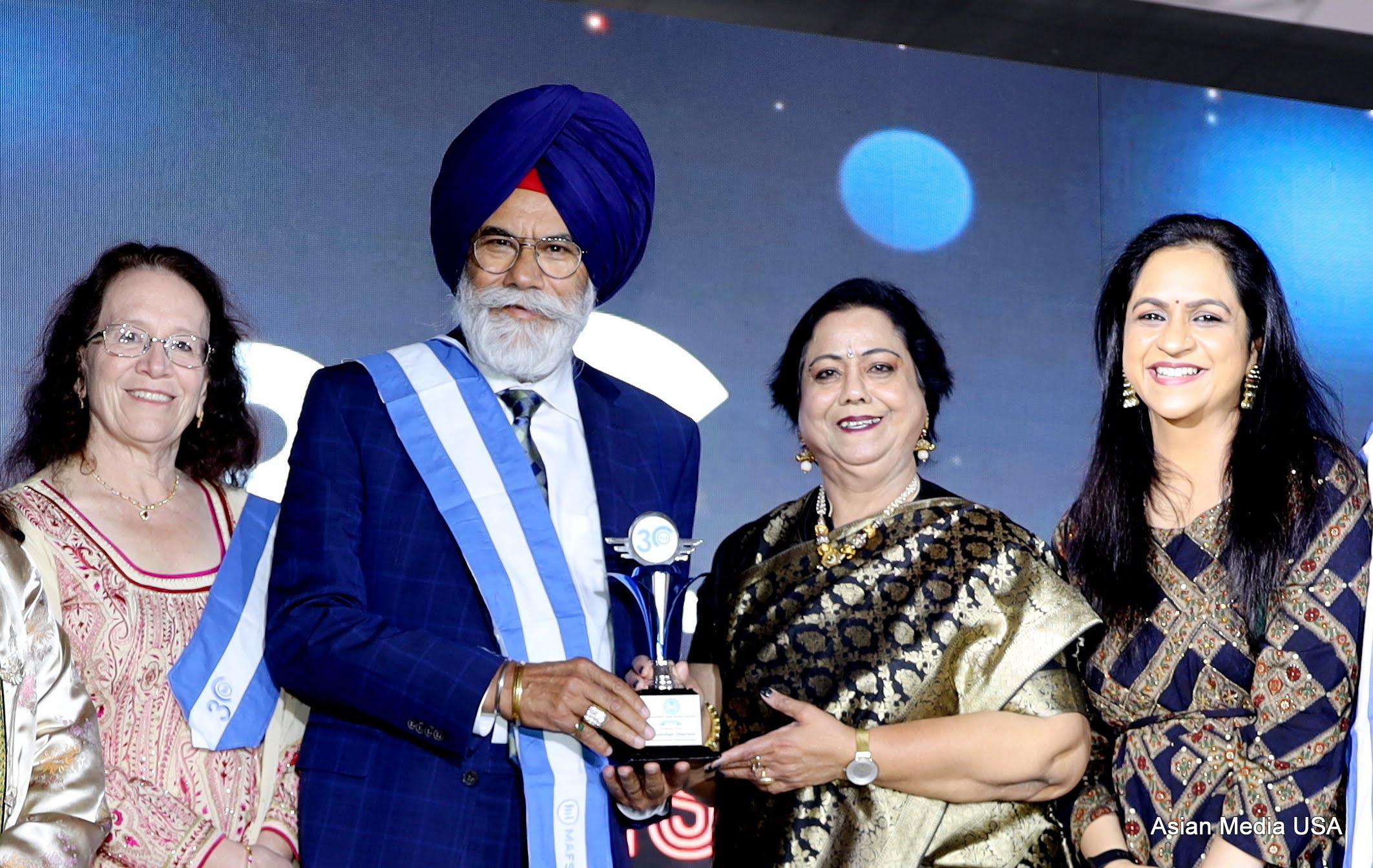 The mesmerizing fashion show with such a stunning collection of Indo-Western styles by Raaz Boutique. The audience could not take their eyes off fashion show models. The showstopper of the fashion show was none other than glamorous Mannara Chopra, An Indian Actress, and Model who predominantly works in Telugu and Hindi films, cousin of Actresses Priyanka Chopra and Parineeti Chopra. The evening was filled with a spectacular musical night by the electrifying singers Shilpi Paul and Nimesh Nagar. The

The audience was interacting with the performers by singing the famous Bollywood melodious songs. The singers thoroughly enjoyed themselves and created the same vibe in the audience that made the

the audience gets up and dances with them. Shilpi Paul was out of this world. Her singing style was full of energy that lasts for more than two hours. The celebration of Pearl Anniversary of MAFS was a huge success with the fund raised about $200,000 plus. Everybody had food, fun and entertainment.