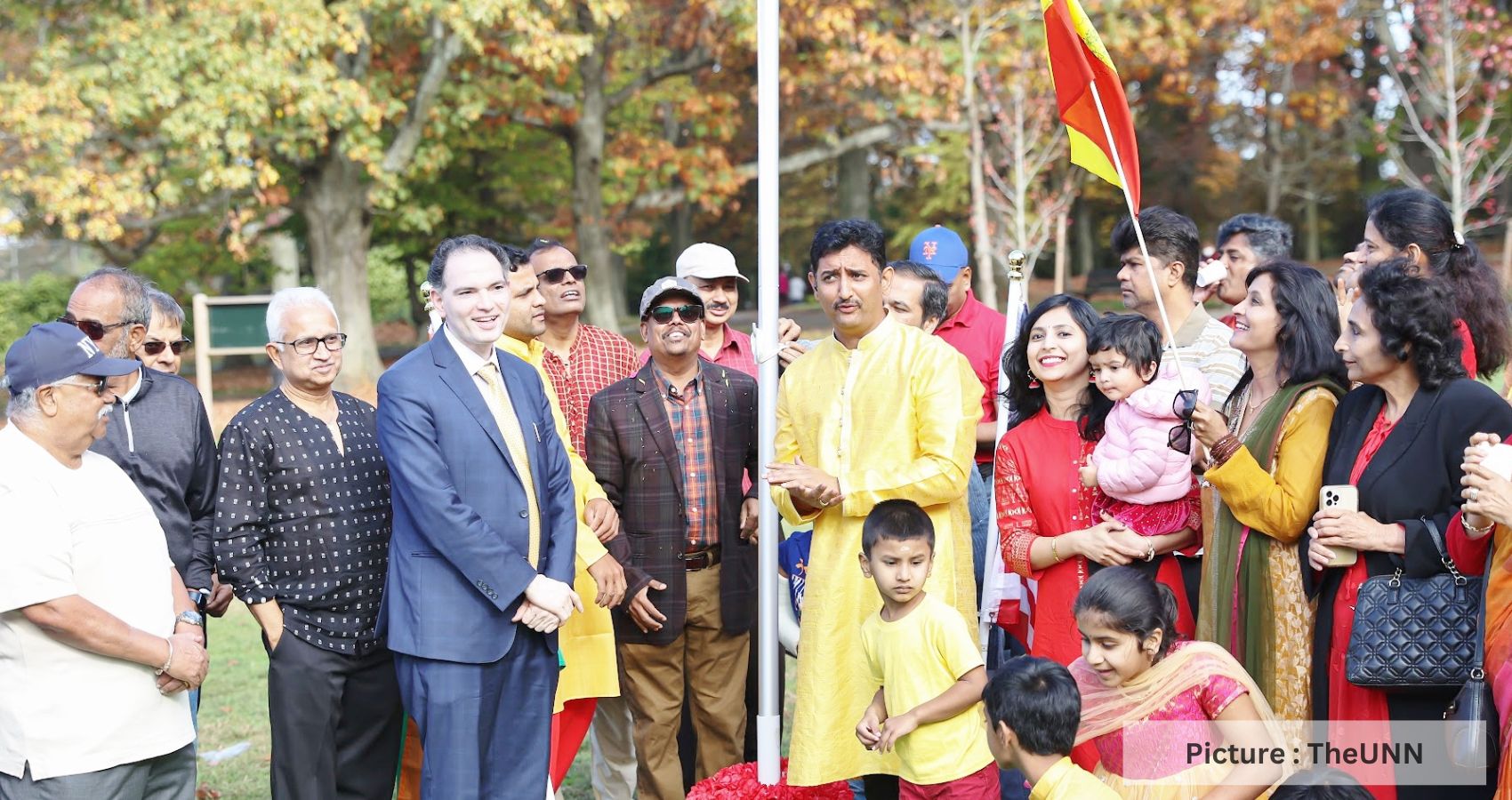 Kannada Rajyotsava celebrates the formation of the Karnataka State in India on November 1, 1956. The day is celebrated in Karnataka with the state government giving awards to people who have made great contributions in the development of the state. A special cultural program is held that day inaugurated by the Chief Minister of the state.

The Kannada Rajyotsava is celebrated by the people with enthusiasm by getting together, hoisting the state flag, holding cultural events and processions. Kannada speaking Kannadigas constitute over 65 percent of the population of Karnataka State which was known before 1956 as the Mysore State.

The Deputy commissioner lauded the community and emphasized the cultural importance for future generations.  On behalf of NYC Mayor Eric Adams Mr. Chauhan conveyed Mayor Eric Adams message to all the members. Several cultural events followed after that like signing Karnataka Nada geethe(State Song) and other Kannada patriotic songs were performed by members.  Kannada Rajyotsava is a public holiday in the Karnataka state of India.

Kannada Koota celebrated it much in the tradition of the state with a hoisting of a 20 feet long Karnataka state flag by the Deputy Commissioner for Trade, Investment and Innovation Dilip Chauhan from New York City’s Mayor’s office, and members of Kannada Koota, including its President Ajith Bhaskar. Speaking at the event, Chauhan said the organization and the community had made notable contributions to NYC. Chauhan said preserving the traditions was important for future generations to appreciate the community’s efforts and cultural heritage. A cultural variety program followed the singing of Karnataka Nada Geethe(State Song) and other Kannada patriotic songs.

Kannada Koota, born out of the need to preserve traditions of home, was established by like-minded Kannadigas in New York with an aim to promote the language, art, heritage and culture of their forefathers in Karnataka. The organization has expanded its umbrella to include Kannadigas from New Jersey and Connecticut.