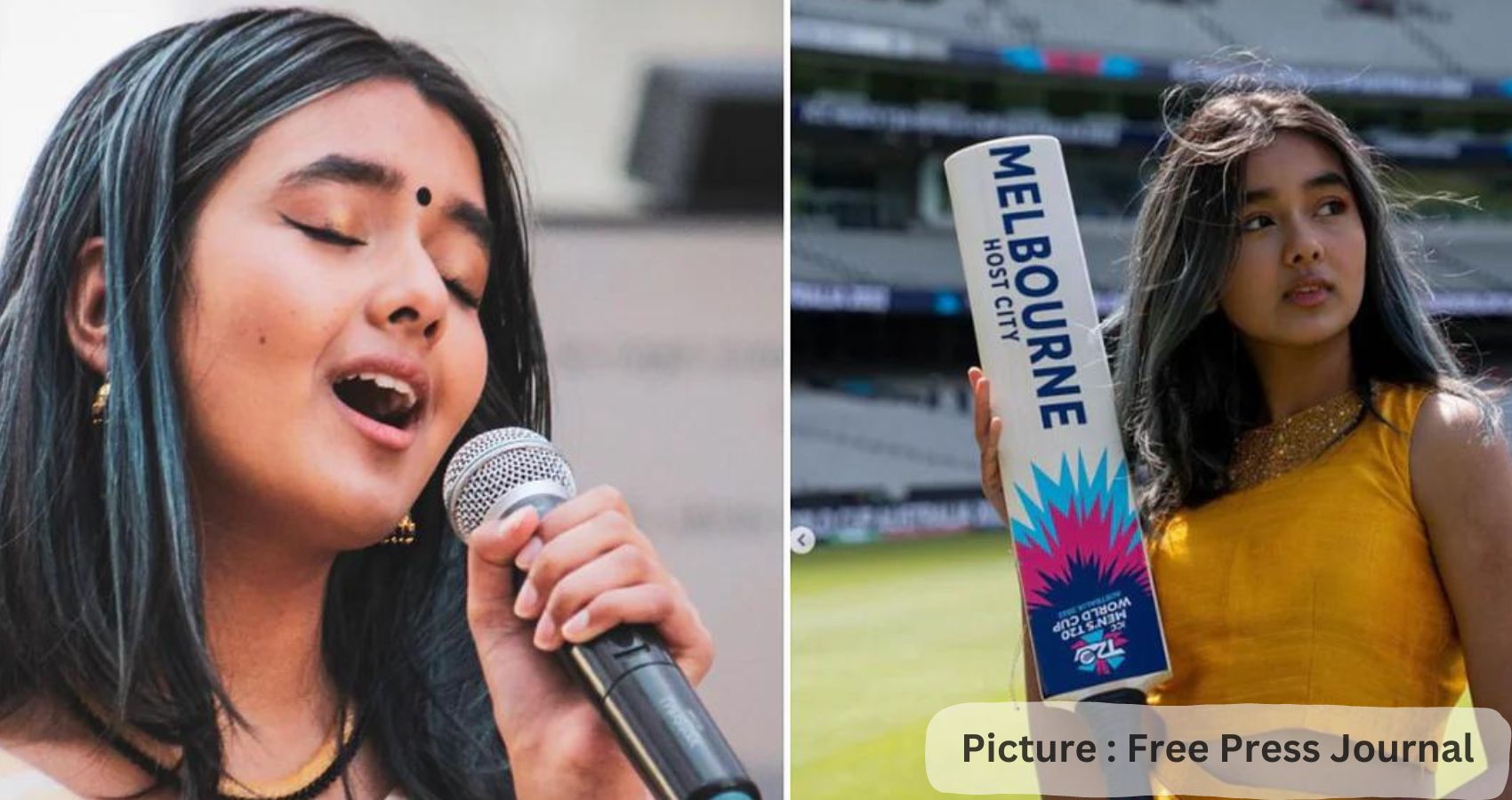 Though India failed at the semifinal hurdle, the T20 World Cup final at Melbourne Cricket Ground (MCG) on Sunday had an Indian flavour. Janaki Easwar, a 13-year-old girl of Indian origin, performed along with the Australian rock band Icehouse before Pakistan took on England in front of more than 90,000 spectators.

After Team India crashed out of semi-finals of the T20 World Cup 2022, Janaki Easwar has been the young Indian-origin singer who is the buzz of finale in MCG. The young singer rocked the historic ground where England locked horns with Pakistan.

Who is Janaki Easwar?

Janaki is a 13-year-old from Australia who is set to perform in the closing ceremony of T20 World Cup 2022. Easwar will be performing alongside Australian rock band Icehouse. The Australian singer rose to fame in 2021 to become the youngest ever contestant of ‘The Voice.’

Easwar parents have been living in Australia from 15 years but they hail from Kerela’s Kozhikode.

“Performing in front of a massive MCG crowd and getting broadcast to millions of people globally will be an unbelievable experience. My parents are ardent cricket fans. It is through them that I got to know the magnitude of this opportunity,” said the young singer while in media conversation with Indian Express.

Janaki Easwar made her TV debut in traditional South Indian and she aims to represent her Indian and Australian Culture.

“I heard that the tickets are already sold out. I am looking forward to performing and also the game. It would have been nicer if India played the final, though,” she said.

“I believe the way I represented my culture on national television also helped as the performance at the World Cup final is going to be a great representation of multicultural Australia,” she further added.