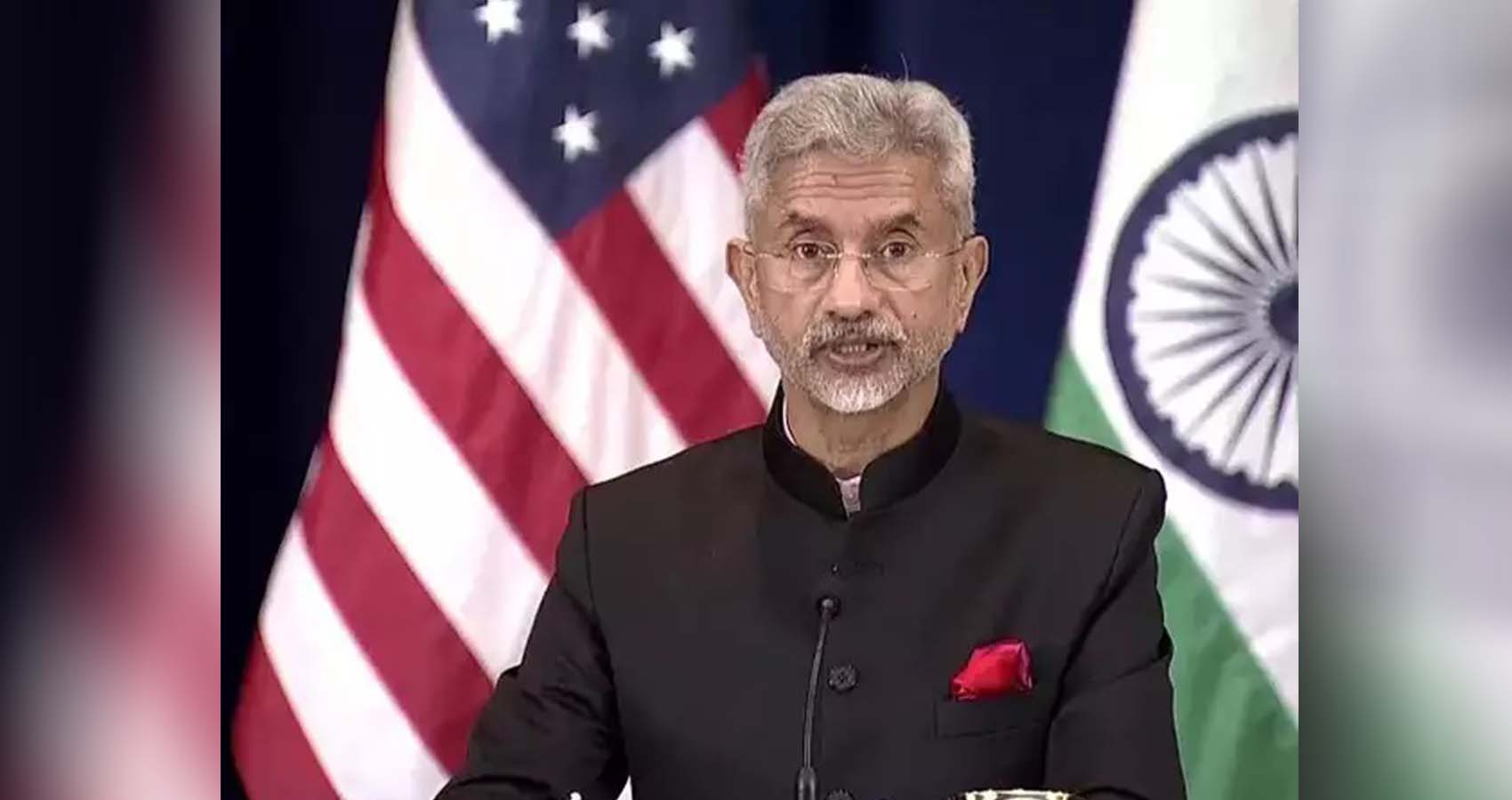 Russia’s unprovoked invasion of Ukraine has had geopolitical, military, and economic consequences for every nation on earth. The economic consequences is impacting every market and causing disruptions that will take time to recover. More than anything else, the invasion is causing a massive humanitarian crisis. Over two months into the war, with no end to the war in sight, the impact of the war has been felt in every corner of the earth.

As in any war, uncertainty of the outcome of this violent conflict is high. The escalation of conflict has triggered an immediate and steep rise in humanitarian needs as essential supplies and services are disrupted and civilians flee the fighting. The UN estimates that 12 million people inside Ukraine will need relief and protection, while more than 4 million Ukrainian refugees may need protection and assistance in neighboring countries in the coming months.

“I am here to focus on ways on how the UN can expand support for the people of Ukraine, saving lives, reduce suffering and help find the path of peace. I want the Ukrainian people to know that the world sees you, hears you, and is in awe of your resilience and resolve, UN Secretary-General António Guterres in remarks at a press encounter with the President of Ukraine in Kyiv, said on April 28th.

Countries across the globe have reacted to this situation in ways that suit their interests, based on their long standing relationship with Russia and the Western Alliance led by the United States. The message of the United Nations General Assembly is loud and clear:  End hostilities in Ukraine — now. Silence the guns — now. Open the door to dialogue and diplomacy — now.

President Joe Biden has condemned Russia for an “unprovoked and unjustified attack” on Ukraine while promising that his country and its allies “will hold Russia accountable”.

The Group of Seven industrialised nations strongly condemned Russia’s invasion of Ukraine and said they would bring forward severe and coordinated economic and financial sanctions against Moscow.

“This crisis is a serious threat to the rules-based international order, with ramifications well beyond Europe,” the G7 leaders said in a joint statement, adding Russian President Vladimir Putin had re-introduced war to the European continent.

A majority of the nations at the United Nations were  unanimous in their condemnation of Russia’s unprovoked invasion and the implications of its war crimes on the innocent. However, India, the rising power on world stage, abstained on all the 12 United Nations resolutions condemning the invasion. Its initial statements at the UN Security Council were decidedly mild, while the Indian ambassador did not even mention Russia by name, and avoided criticizing Russia for the invasion. Another major world player, China rejected calling Russia’s moves on Ukraine an “invasion” and urged all sides to exercise restraint.

There has been mounting pressure on India to condemn Russia. The Western nations have implied that there could be consequences for India’s ambivalence. Shortly after the invasion, U.S. President Joe Biden warned, “Any nation that countenances Russia’s naked aggression against Ukraine will be stained by association.” During a virtual meeting with Indian Prime Minister Narendra Modi in early April, Biden pressed India to align itself with the Western nations in condemning Russia. Despite leaders from several Western during their recent visits to New Delhi expressing understanding for the Indian position, India has not heeded to the wishes of the West.

India has been focused on seeking to establish itself as a major player on the world stage, trying to be a moderate voice on international affairs, responding to the new realities of the world, establishing friendship with the US, sometimes in its own terms, less reliant on Russia and diversifying its dependence for military needs and trade with multiple nations.

India’s career diplomat turned politician, External Affairs Minister S Jaishankar has been talking tough on India’s position on Russia-Ukraine conflict. While responding to questions from world leaders on the crisis Jaishankar pointed to challenges in Asia and India’s neighborhood — in Afghanistan, and from China — and said it was a “wake-up call” for Europe to look at these instances where “problems have been happening”.

For instance, in response to Norwegian Foreign Minister Anniken Huitfeldt at the Raisina Dialogue in New Delhi last week, Jaishankar said, “You talked about Ukraine. I remember less than a year ago what happened in Afghanistan, where the entire civil society was thrown under the bus by the world. We in Asia face our own sets of challenges, which often has an impact on the rules-based order.”

“For India, the past week, without a doubt, belonged to external affairs minister Subrahmanyam Jaishankar. It is hard to recall another foreign affairs minister who articulated India’s views so firmly and well in international for a,” Sandipan Deb  wrote in the popular magazine, The Mint.

“In recent weeks, Jaishankar has been sharp in his comments on Europe. In Washington DC, he said India’s total purchase of Russian energy for the month was “less than what Europe does in an afternoon”. Days earlier, speaking on the issue of sanctions as British Foreign Secretary Liz Truss listened, he said “it looks like a campaign,” Deb pointed out.

According to Jaishankar, India is prepared to take a much bigger role in global affairs and would help the world with more supplies of wheat to tame food inflation if WTO rules allow. He asserted the West has been oblivious to the pressing challenges facing Asia including last year’s events in Afghanistan and the continuous pressure on the rules-based order in the region.

However, while refraining from condemning Russia and not offering to mediate in the conflict just as some other neutral nations have done, it has been noted by analysts on foreign policy that  India is abdicating its rising role as a model democracy and world leader.

“Despite the rhetorical care the administration of Prime Minister Narendra Modi has adopted to appear neutral, the time may have come for India, in its own interest, to rethink its stance,” Shashi Tharoor, an opposition member of India’s Parliament, a former Undersecretary General of the United Nations, who has served as Minister of the Government of India and Chair of the Indian Parliament’s Foreign Affairs Committee, wrote in “Foreign Affairs.”

In recent days, India, still without naming Russia has criticized what is being done in Ukraine, in an effort to uphold the principles of international law India has traditionally upheld, especially, respect for the UN Charter and the sovereignty of states, the inviolability of borders, and opposition to the use of force to resolve political issues.

While pointing to the remarks by diplomat Shivshankar Menon, who stated, “Asia’s sense of its own difference—its focus on stability, trade, and the bottom line that has served Asian countries so well in the last 40 years,” Tharoor rightly says, “But it would be wrong to look at the reluctance to take sides that India and other developing countries in Asia have shown and conclude that a faraway war in Europe simply does not matter to the rest of the world. India’s dilemma is more complicated than its repeated abstentions on the Ukraine question imply, and it illustrates why the world order cannot simply remain what it was before the invasion.”

While describing India’s growing importance on world stage, Tharoor pointed out how in recent years has gained prominence and admiration. Tharoor wrote, India became a founding member of the G-20 when that organization was established in 1999; concluded a nuclear deal with the United States in 2005 that was portrayed as enshrining an “Indian exception”; took over the World Economic Forum in Davos in 2006, dubbing itself “the world’s fastest-growing free market democracy”; won then President Barack Obama’s endorsement of India’s claims to a permanent seat on the UN Security Council in 2010; got the UN to adopt an International Day of Yoga in 2015, showcasing its cultural soft power; and joined the quadrilateral security dialogue with the United States, Australia, and Japan known as the Quad.

With India’s recent stand in failing to condemn and isolate Russia, there are fears that India may face consequences for its ambivalence. Shortly after the invasion, U.S. President Joe Biden warned, “Any nation that countenances Russia’s naked aggression against Ukraine will be stained by association.”

“India’s lack of influence on Russia and failure to take a clear stand on the war have also undermined its case for a permanent seat on the UN Security Council,” Tharoor writes.

One way for India to salvage its reputation in the West would be to leverage its nonaligned position to play peacemaker on Ukraine. Ukraine’s foreign minister, Dmytro Kuleba had asked “India to use all influence in its relations with Russia to force it to cease military aggression against Ukraine.”

I am reminded of what Jaishankar elaborated in what has come to be called the “Jaishankar doctrine” in his 2020 book The India Way: Strategies for an Uncertain World. “Asserting national interests and securing strategic goals through various means is the dharma of a state,” he wrote. India must discard “political romanticism” and think in realpolitik terms. There are no true friends or allies; the world is a “transactional bazaar”, a fact that India has long been in denial of. In this marketplace, India must advance and maximize its “national interests by identifying and exploiting opportunities created by global contradictions,” he wrote.

If that principle “no true friends or allies” in the world market place, it is time for India to come out of the shadow of past dependence on Soviet Union and show the world that India stands with truth, condemn aggression, deny autocracy and tyranny, respect true freedom, human rights and true democracy, and stand with and lead by example in India and around the world, India respects and appreciates freedom and democracy in letter and spirit.