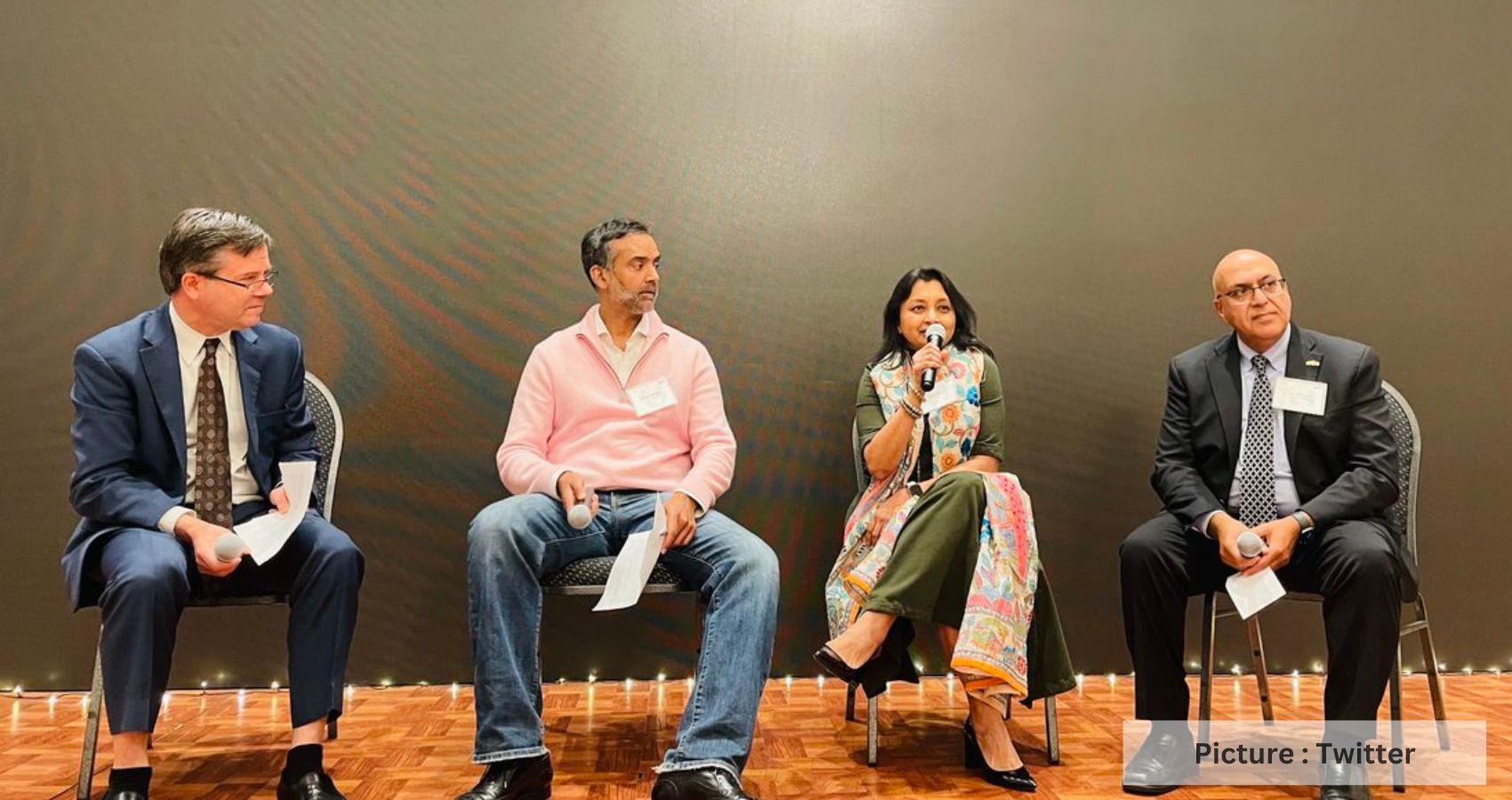 Amid continuing challenges of the pandemic, climate and humanitarian emergencies, leading philanthropists and non-profit organisations from India and the US have underscored the importance of collaborative and structured efforts for working towards solutions and joining forces to bring about transformational changes across sectors. Leading diaspora organisation ‘Indiaspora’ and India’s largest giving platform ‘Give’ hosted the Indiaspora-Give Philanthropy Summit at the Consulate General of India, New York on Tuesday.

In the inaugural year of our partnership, Give and Indiaspora jointly hosted the Indiaspora-Give Philanthropy Summit on October 28, 2022 at the Consulate General of India, New York. The event brought together leading philanthropists, foundations, and nonprofits to share insights about recent shifts and opportunities in philanthropy to India, understand pressing social issues in the United States, and explore how we can collectively work towards solutions.

The event brought together philanthropists, foundations and nonprofits to share insights about recent shifts and opportunities in philanthropy to India, understand pressing social issues in the United States, and explore ways to collectively work towards solutions.

Addressing the day-long summit, Consul General of India in New York Randhir Jaiswal said many in the diaspora around the world have got opportunities that have empowered them and they have scaled great heights in their lives and careers.

“Now we all have to give back because we have got so much from society. This is our moral duty, a moral calling,” he said.

Sharing his story, Jaiswal said he hails from a village in Bihar and now has the opportunity to serve as India’s Consul General in New York. 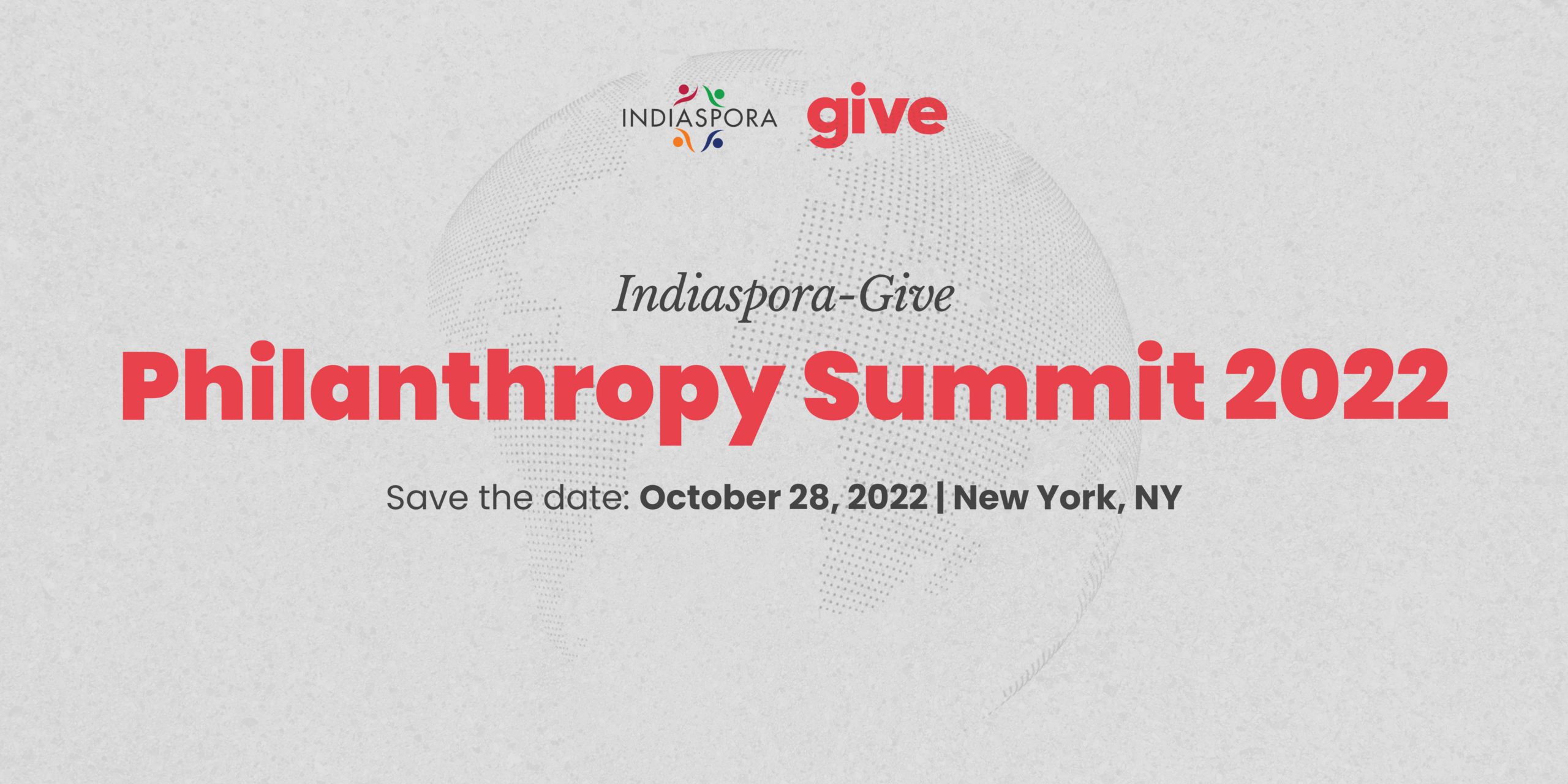 “But what good will my life be if I cannot change the lives of 10 people in my village. That is the commitment I have,” he said to a round of applause from the audience.

”Indiaspora’s core pillar is social impact and philanthropy and it was in evidence at the summit. We all want to be givers not takers,” entrepreneur, investor and philanthropist and Indiaspora founder MR Rangaswami said.

India Philanthropy Alliance Director Alex Counts described the collaboration between Indiaspora and Give as very important.

“If we’re going to solve big problems” through the non-governmental sector in India, ”we need to do it together in a collaborative way.” Referring to the deadly second wave of the COVID19 pandemic in India, Counts said Indian-Americans, including those who had achieved tremendous business success in the US, “opened up their pocketbooks like never before” and were extremely generous in donating to pressing causes and needs.

While a lot of money that was contributed during the difficult months of the pandemic by the Indian diaspora in the US was mostly well used, “people realised that if Indians are going to be giving more, it should be done in a more organised way, a more collaborative way with less fragmentation.” There was a thinking that “if you want to give for the long term, for something that’s not just an immediate response, it needs to be thought through, it needs to be done in a collaborative, coherent way,” Counts said.

Counts added that the India Philanthropy Alliance, which is a group of 14 organisations that have come together and raise about a quarter of a billion dollars a year, is launching a campaign that will culminate in March next year in the ‘India Giving Day’, the first annual day to celebrate giving from the US to India.

“We’re hoping that this will be the biggest India focused fundraising day in the history of the United States,” he said.

Ashish Shah, CEO North America, Give, noted that the ability of Indians in the US to contribute to philanthropic causes has increased manifold over the years.

WISH Foundation Founder and Co-founder of Wadhwani Institute for Artificial Intelligence Sunil Wadhwani said the summit provided an opportunity for organisations to learn from one another “because there are a lot of nonprofits in the room. Each one is doing something different and there’s a lot we can learn from each other”.

He said that beyond sectors such as education and healthcare, tremendous work is required in areas such as climate action, gender equality, women’s empowerment and girls’ education.

Established in 2000, Give, together with its partners, is the largest and trusted giving platform in India, according to its website.

Give’s community of over 2.6 million donors supports over 2,800 verified nonprofits, serving more than 15 million people across the country. (PTI)