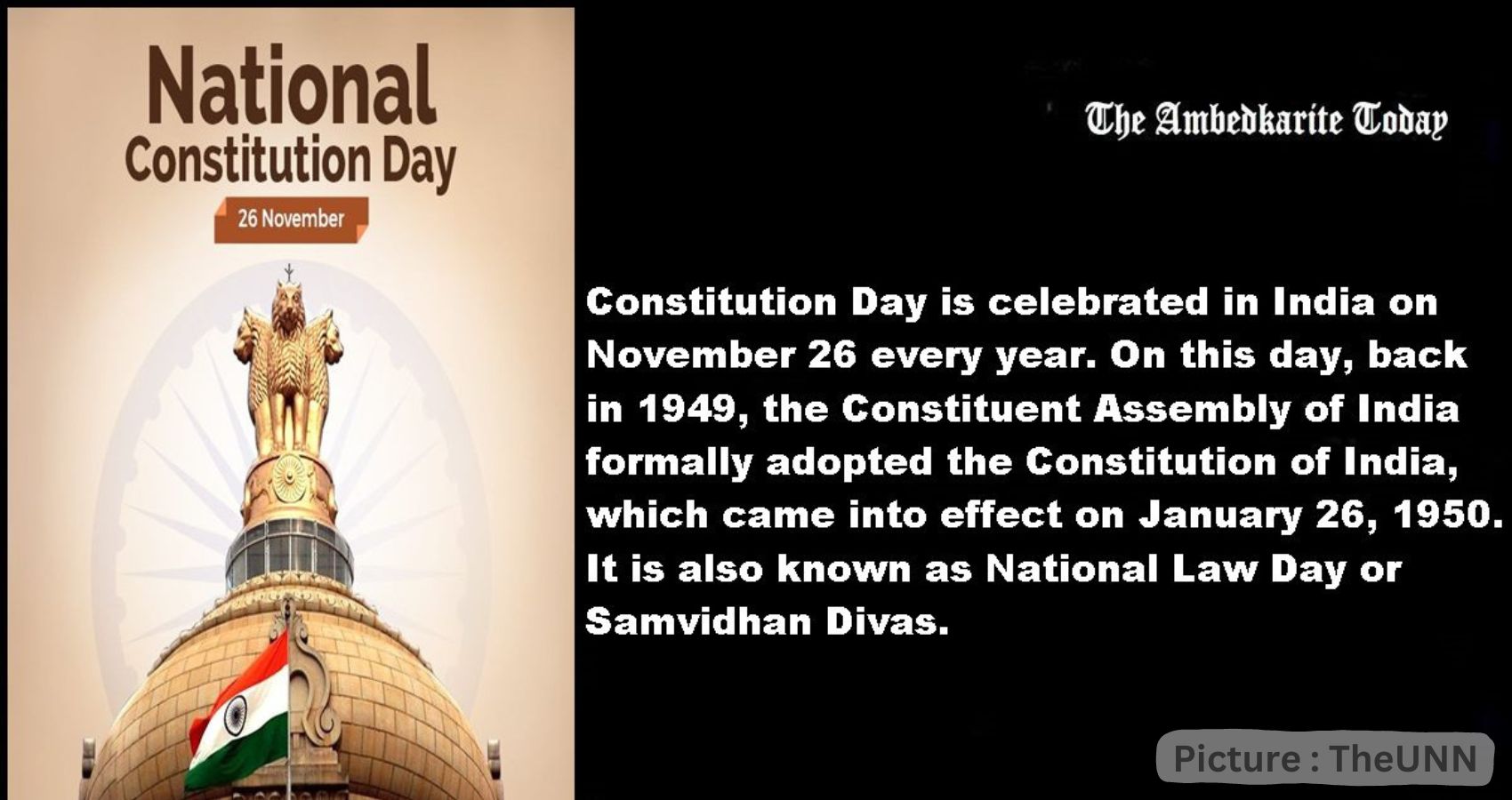 Indian missions across the globe on Tuesday celebrated the 70 years of adoption of the Constitution as several world leaders congratulated Indians on the occasion, calling it a “landmark” document that reflects the country’s unique culture and history.

The Constitution of India was adopted by the Constituent Assembly on November 26, 1949 and came into force on January 26, 1950.

In Australia, celebrations were held at the premises of the High Commission in Canberra, where Professor Benedict Sheehy of the University of Canberra gave an insightful presentation on the Indian Constitution. Events were also organised in Sydney, Perth and Melbourne to mark the day.

In Perth, Premier of Western Australia Mark McGowan delivered a special message on the occasion.

Israeli President Reuven Rivlin and Prime Minister Benjamin Netanyahu congratulated India on the 70th anniversary of adopting the Constitution, calling it a “landmark” document that reflects the country’s unique culture and history.

“Congratulations to my dear friend Prime Minister @Narendra Modi? and the people of India on the 70th anniversary of India’s Constitution Day”, Netanyahu tweeted.

“Dear Friends all over India, Congratulations! Congratulations on your Constitution Day marking 70 years of a strong democracy, in the biggest democracy in the world,” Rivlin said.

In Sri Lanka, High Commissioner of India Taranjit Singh Sandhu led the reading of the Preamble of the Constitution on the occasion in Colombo.

India’s High Commissioner to Singapore Jawed Ashraf and the mission staff read the Preamble. A photo exhibition on the Constitution of India was also organised on the occasion.

In Bhutan, Indian mission staff pledged allegiance to the Constitution.

“On the occasion of Indian Constitution Day, the Preamble of the Constitution was read out by the Ambassador and all officials of the Embassy today,” Indian Mission in Indonesia tweeted.

A special photo exhibition on Dr. B R Ambedkar was also showcased at the Embassy premises on the occasion, it said.

In Thailand, Indian Embassy staff in Bangkok read the Preamble of the Constitution. President of the Thai National Assembly Chuan Leekpai greeted the Indian people in a video message on the occasion.

In Kathmandu, a special programme to celebrate India’s Constitution day was attended by around 600 people including many from the Indian diaspora in Nepal. The programme began with taking oath of the Indian Constitution by the embassy staff and students who were present on the occasion.

In Islamabad, the Indian mission staff read the preamble and spoke about the salient features of the Constitution of India, the bedrock of the world’s largest democracy.

“Celebrating the spirit of #WeThePeople. Today, we pay homage to the framers of the #ConstitutionofIndia which guides the destiny of 1.3 billion people of India!” the Indian High Commission in Pakistan tweeted.

In London, the High Commission extended greetings to all Indians in the UK. The day was also celebrated in Paris, where French Member of Parliament and President of India-France Friendship Group of National Assembly spoke about India’s democratic traditions and the Indian Constitution.

Congratulating India on the occasion, the President of the UN General Assembly said the country’s Constitution is a “seminal document” which marked its emergence from the shadows of colonialism to the light of independence.

“This year we celebrate 150 years since the birth of Mahatma Gandhi, a figure most regarded for his contributions to the idea of non-violence and respect for human beings,” President of the 74th session of the UN General Assembly Tijjani Muhammad-Bande said.