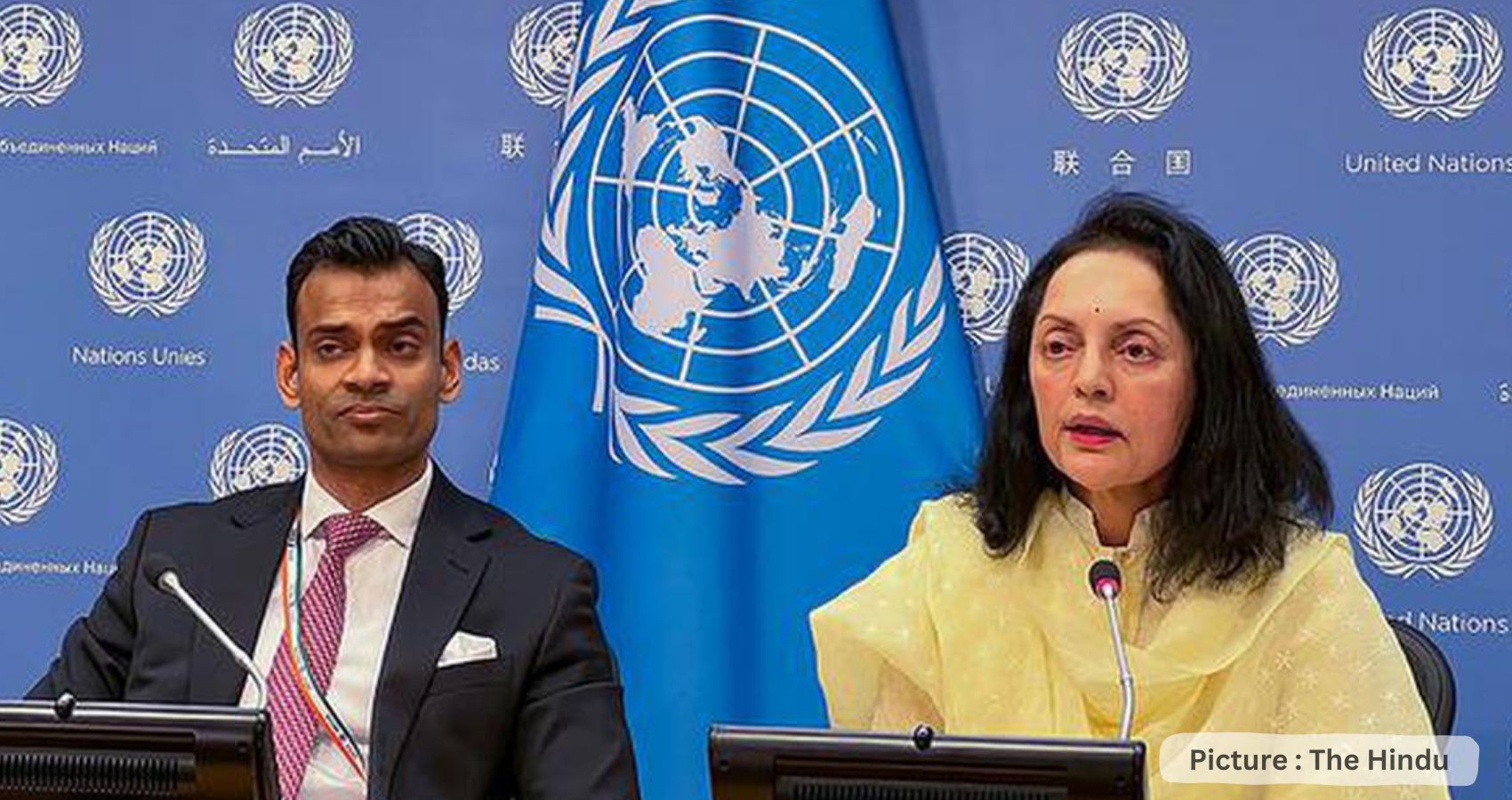 “It involves several aspects. It involves the reform of the UN Charter. It requires all the P-5 (permanent members of the UNSC) to be on board. It requires that no P-5 should veto the matter and all of that and much more. Also, it touches a very raw nerve. There are many who aspire to be in a reformed council but there are many who would not like to see those in the council. Therefore, the process is indeed very complex,” Ms. Kamboj said, stressing that the complexities, however, do not mean that “change cannot happen”.

‌‌Speaking on the subjects of counterterrorism and reformed multilateralism during India’s UNSC Presidency in December, Kamboj noted that the reformation of the UN is the “most complicated process” within the UN system.

Kamboj said that there is a lot of “pessimism and cynicism” about the possibility of reform of the UN Security Council as the item of reform has remained on the agenda of the UNSC for nearly three decades without any substantive progress. Prof Harsh V. Pant who moderated the session raised the possibility of “minilaterals” playing a more active role in global affairs to which Ms. Kamboj said that it is a possibility if the reform of the UNSC refuses to make any progress.

“Today, you have almost two hundred member states. Their voices are not being heard anymore. Let’s say, the voice of the voiceless, the smaller states, the countries from Africa – who hears them? Everything is being scripted for them in many ways,” Ms. Kamboj said , warning that “may be the UN will be overtaken by other institutions for example that are more democratic such as the G-20”. The envoy, however, urged not to rush to any conclusion on such possibilities.

Ambassador Kamboj said that India has been “very vocal” during its stint as a non-permanent member of the UN Security Council during which the harsher waves of the pandemic were experienced worldwide along with the crisis in Ukraine. “I think we did stand out in terms of assisting our partners and friends,” the envoy said , emphasising India’s role in providing vaccines to the least developed countries and that India has not hesitated in expressing an opinion on difficult issues during the past two years.

India’s 2021-2022 stint at the UNSC will draw to a close by the end of this month when India is also serving as the President of the UNSC. Kamboj said that the reform requires not just the P-5 but also smaller groupings within the UN structure to be engaged in the broader discussion on the reform.