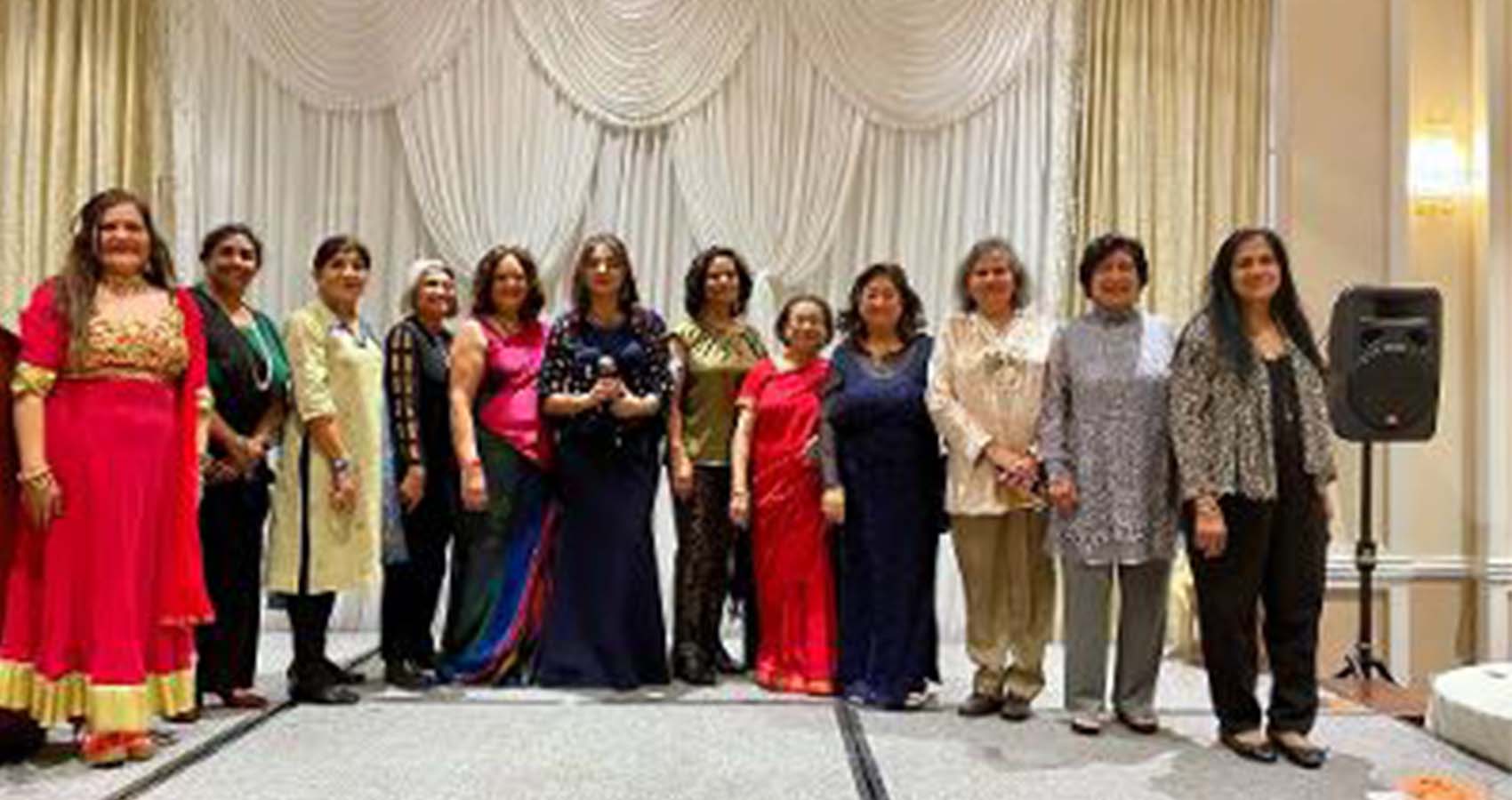 Club of Indian Women (CIW) hosted its rollicking annual holiday gala on Wednesday, December 8th at Ashyana Banquets in Downers Grove, IL. The gala was attended by several women achievers who have done great work in their respective fields and have also been a part of CIW for many years.

Dressed in their holiday best, everyone had come ready to get together with friends and have a good time. There were games, fun and furious, including a Bollywood themed word search, a saree tying contest as well as dancing to musical chairs without the chairs! The entertainment included beautiful singing by Raja Nadampalli and Tara Swaminathan as well as DJ Saif, an appearance by ‘Pammi Aunty’ aka Mridula Bansal, shayari by Jasbir Singh, Punjabi tappey by Vimal Handa and a dazzling dance performance by Falguni Rana. 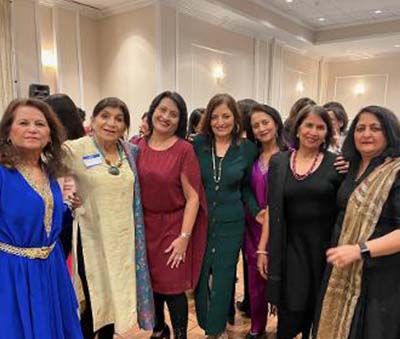 The program was beautifully planned by Sarita Sood, Tara Swaminathan and Vinita Gulabani under the leadership of CIW vice president Preeti Chawla and superbly anchored by Vinita Gulabani. During breaks for delicious appetizers and a sumptuous lunch, attendees had a chance to catch up with old friends and make new ones.

Urmil Chawla made sure that audience saw the raffle prizes and enthusiastically purchased the raffle tickets. Madhu Uppal announced that, with the generosity and support of its members, in 2020, CIW was able to donate nearly $9,000 to area food banks and food pantries and social service agencies. Impressed by the scale of its humanitarian work, some additional donations were received by CIW right after this announcement.

Club of Indian Women is a not-profit group whose vision is that ‘All Women should have the opportunity to achieve their full potential’. And its mission is to empower Indian American Women through support groups and financial resources / help. It was founded in 1983 to meet the social and cultural needs of the fast-growing Indian community, and, for many years, in addition to organizing cultural celebrations, Meena Bazars, holidays parties etc., ran a much-needed Crisis Hotline which was a forerunner to Apna Ghar.

Today, CIW organizes literary slams, book and movie discussions, seminars on social and cultural issues, outings to area theaters and parks and awards funds to local agencies that are working to support families in need. ‘We are so happy to see a younger generation take on leadership role in CIW and today’s event is a testament to their skill and dedication to this organization,” remarked Prem Sharma, one of the founders of CIW. “We missed CIW president, Vandana Bankapur, who is away visiting family in India.” Prem added. Media was represented by Prachi Jaitly of Asian Media Broadcasting