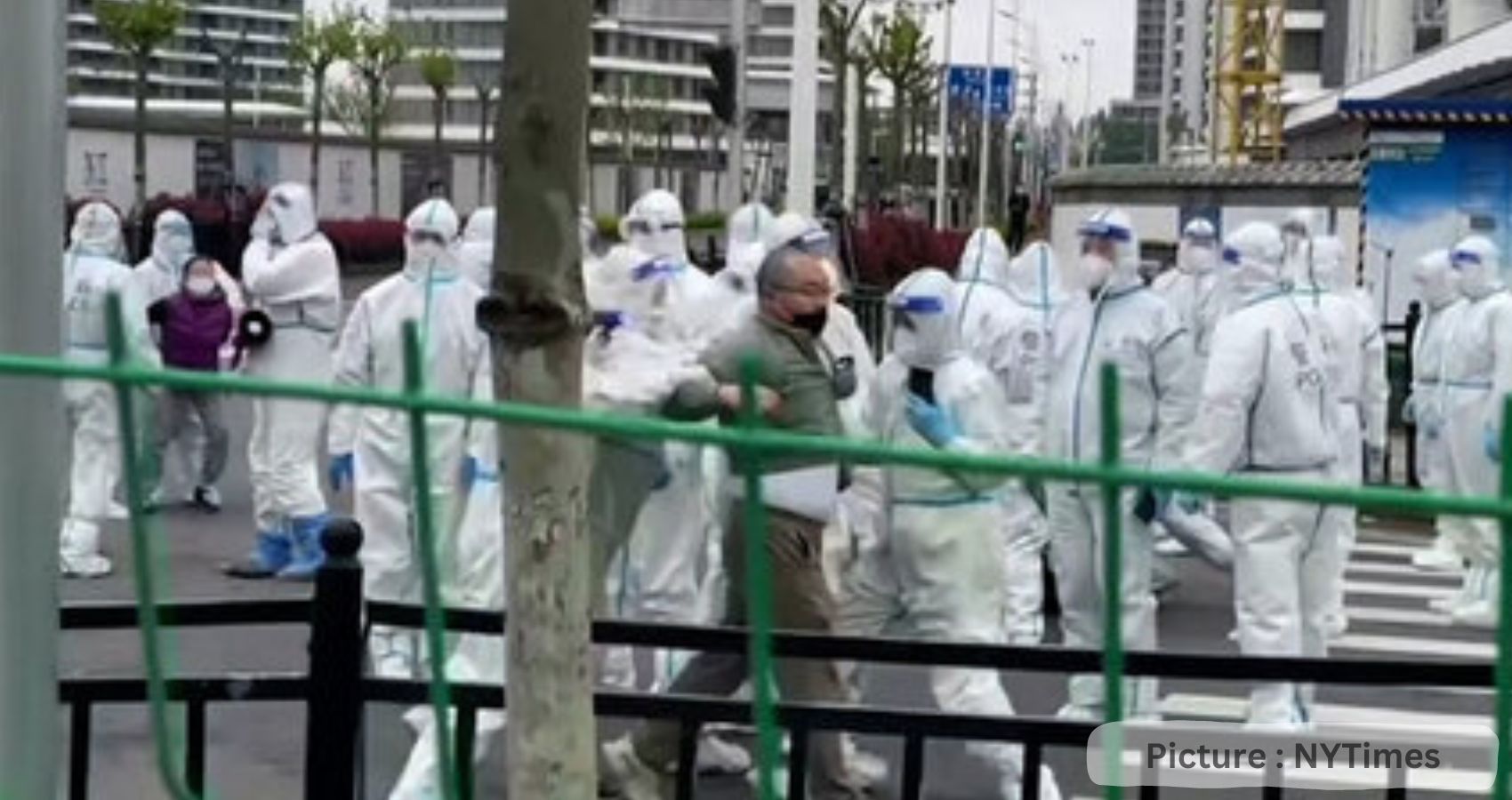 A literal spark lit the blaze of protests that have spread across China over the past several days, as thousands have turned out to demonstrate against the government’s longstanding “Zero COVID” policy and its related lockdowns. Last Thursday, a fire broke out in an apartment complex in the western city of Urumqi, killing 10 people and injuring nine. Locals complained that gates, barricades, and other obstacles that had been set up to quarantine the building slowed the response of firefighters.

As CNN reports, Urumqi had been under lockdown for more than 100 days, and by Friday morning, residents were marching on a local government building demanding that the quarantine be lifted. Over the weekend and into today, the protests quickly spread to at least 16 cities, including Beijing, Shanghai, Guangzhou, Nanjing, Chongqing, and Wuhan, where COVID-19 first emerged. Protesters held up blank sheets of white paper—a symbolic protest against censorship—and in both Shanghai and Beijing called for Chinese President Xi Jinping to step down. “We don’t want a leader, we want votes,” chanted the Beijing demonstrators, as my colleague Chad de Guzman reports.

The demonstrations come at a time when China is experiencing a COVID-19 surge, hitting a one-day record of more than 40,000 cases today. But that has not cooled the fury of protesters who have watched as much of the rest of the world has opened up even as Beijing continues its draconian Zero COVID rules, under which the government aims to identify and isolate every person with the disease.

At times, the protests turned violent. Police clashed with demonstrators in Shanghai, and Ed Lawrence, a reporter for the BBC, was arrested and later released, but not before being beaten and kicked by reporters, Lawrence alleges. A spokesman for the Chinese Ministry of Foreign Affairs told CNN that Lawrence did not identify himself or “voluntarily present his press credentials.” The spokesman also said that police were trying to protect Lawrence from contracting COVID-19 from the crowd. (“We do not consider this a credible explanation,” said the BBC in a statement.)

The mere fact that the protests are taking place is surprising in China, where demonstrations are strictly forbidden and quickly crushed. That Xi’s name was raised makes the uprising even more shocking.

“Until recently, most Chinese people were very scared about the efficiency and the magnitude of the repressive organs of China, and they wouldn’t move a finger,” Jean Pierre Cabestan, emeritus professor of political science at Hong Kong Baptist University, told Chad. But the recent protests show just how much people are “fed up with the current situation and think things have to change.”

That change is coming—albeit slowly. Today, the Chinese government announced a slight loosening of some restrictions. In Beijing, for example, officials will no longer set up blockades to prevent entry to apartment compounds where infections have been found. In Guangzhou, a recent hotspot of infections, mass testing requirements will be eased. And in Urumqi, some markets and other businesses will be allowed to reopen, CNN reports, and bus service will resume.

Still, the government does not currently plan to abandon its Zero COVID policy entirely. “Facts have fully proved that each version of the prevention and control plan has withstood the test of practice,” a government commentator wrote in the People’s Daily, the official party newspaper, according to the Associated Press.

The People’s Republic of China is under pressure from its people over President Xi Jinping’s zero-Covid and lockdown policies. Thousands of people have taken to streets across China.

Some observers say that it is the most serious threat to the communist regime since the pro-democracy protests at the Tiananmen Square, where over 10,000 people were reportedly killed in a government crackdown.

This time too, China has responded with a severe crackdown on the protesters. Hundreds, including journalists covering the protests, have been detained and beaten up by the police.