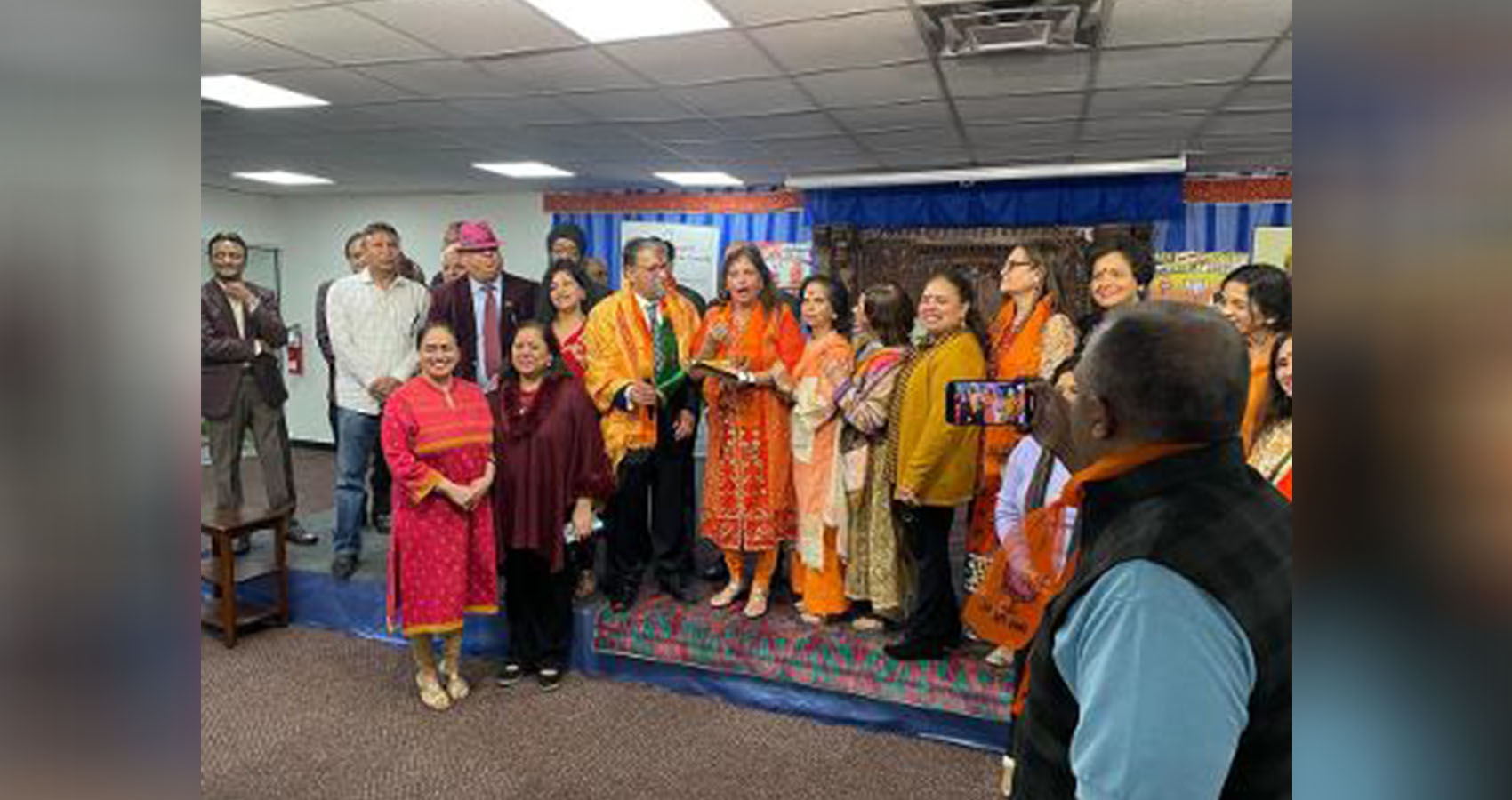 The umbrella organization Indian-American Community, along with numerous supporters of Indian Prime Minister Narendra Modi, celebrated the victory of the Bharatiya Janata Party in four out of the five states where elections were held. The event was held Sunday March 13, 2022, at Royal Albert’s Palace in Fords, N.J. 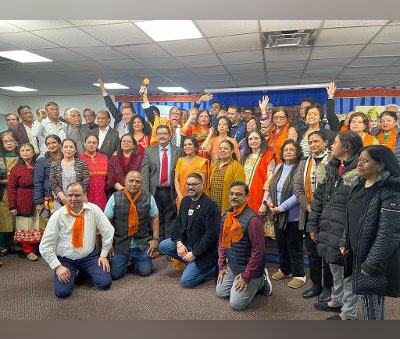 Addressing a large gathering chanting Bharat Mata ji Jai and Jai Shri Ram in New York Jagdish Sewhani President of The American India Public Affairs Committee and the Organizer of the BJP Victory Celebrations in New York thanked the voters of UP and other states for bringing back BJP in power in four states .This shows that today’s voter is smart , intelligent. They have totally rejected the politics of Dynasty and policy of appeasement corruption and voted for development, better Law and order.

It is a historical win for BJP in UP, where after 37 years voters have re-elected the same party back to Power, this shows peoples trust in Yogi ji and Modiji. This is an endorsement of Prime Minister Modiji’s pro poor, Pro Farmer and pro Development policy, the organizers said.

“We have won the Semifinals with Landslide because people have faith in Modi and I’m confident that Voters in Bharat will re-elect Narendra Modi in 2024 with much bigger margin,”  asserted Mr Sewhani.

The Prime Minister Modi since 2014 has been working relentlessly for making Bharat as Vishwaguru , because of Modiji today Bharat is moving in direction of Atmanirbhar Bharat in defense, High tech and other fields. 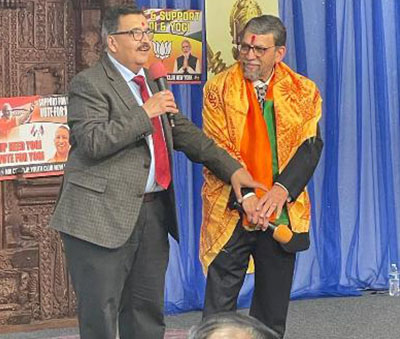 More than 100 million Farmers have benefited from PM Kisan yojana , , 89 million housewives benefited from PM Ujwala yojana and received free gas cylinders, millions of families got free Rashan  under PM Garib Kalyan Yojana  and more than 1.8 billion Vaccines shots were given said Sewhani. He thanked Prime Minister Modi for safely bringing back thousand of students from Ukraine. Narendra Modi is the world’s most popular leader. Today world is looking at Prime Minister Narendra Modi for solution and end war between Russia and Ukraine, said Mr Sewhani .