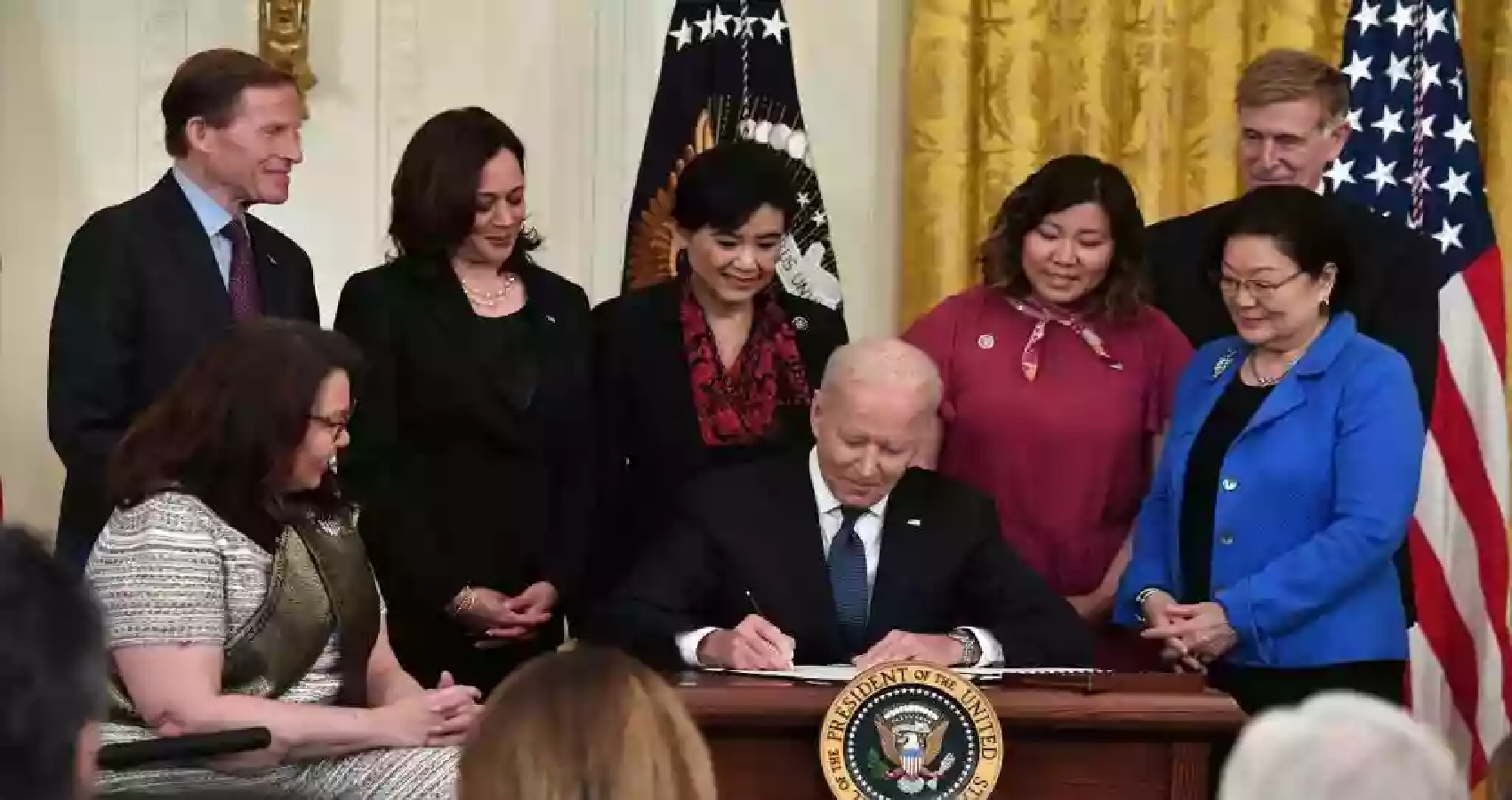 Following overwhelming support from both chambers of Congress, President Biden signed legislation last week that addresses hate crimes throughout the COVID-19 pandemic, with particular emphasis on the increase in violence against Asian Americans.

At an event in the East Room of the White House, Biden thanked lawmakers for coming together to pass the legislation. He said standing against hatred and racism, which he called “the ugly poison that has long haunted and plagued our nation,” is what brings Americans together.”My message to all of those who are hurting is: We see you and the Congress has said, we see you. And we are committed to stop the hatred and the bias,” he said.

Indian-American civil rights organizations have welcomed President Joe Biden signing into law the Covid-19 Hate Crime Act.  Sim J Singh, senior policy and advocacy manager at the Sikh Coalition, welcomed the law adding an online hate-crime reporting system. It will be be great for the communities of color which face a language barrier as well as a culture barrier in communicating with law enforcement, he said. “To curb hate crimes, we need accurate data. Having this data will help to identify the prevention strategies required to keep our communities safe,” Singh told indica News. 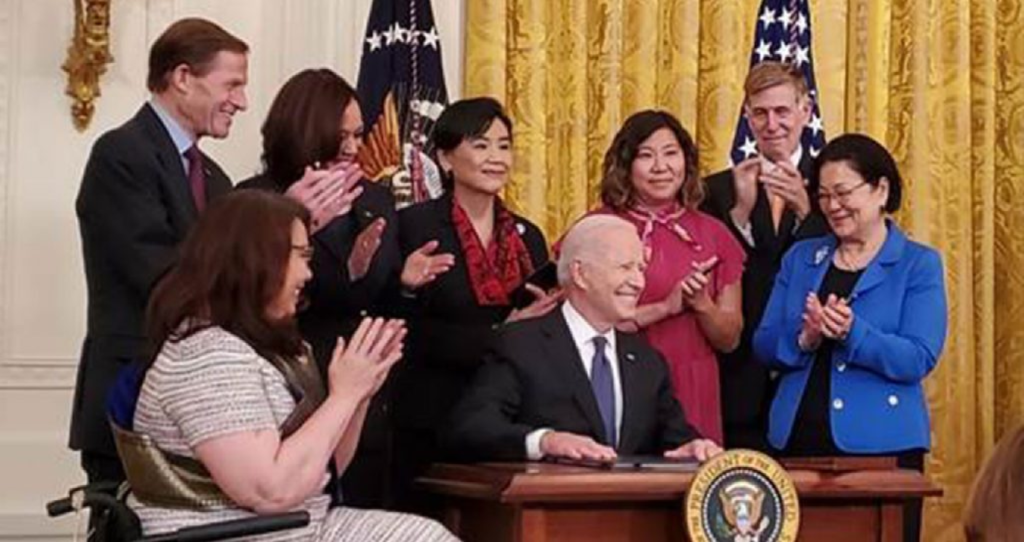 He also welcomed the passage of the Jabara-Heyer NO HATE Act along with the Covid-19 Hate Crime Act that was signed by President Biden. The NO HATE Act was named in honor of two victims, Khalid Jabara and Heather Heyer, whose murders were prosecuted as hate crimes but not appropriately included in hate-crime statistics. “This marks the first necessary step towards resolving the longstanding problem of hate in our nation,” Singh said, referring to the Jabara-Heyer Act.  He said it was made possible after years of advocacy by civil rights organizations.

The Sikh Coalition was among the first organizations to support the Jabara-Heyer NO HATE Act when it was first introduced in 2019, and again when the new Congress reintroduced it in April 2021.Singh said that the Sikh Coalition also offered inputs in language that was added to the law.

Highlighting the rise in hate crime after 9/11, said, Singh said the Sikh Coalition has always advocated for better hate-crime reporting and victim support services. And since the FBI started collecting hate-crime data in 2015, anti-Sikh hate crimes have seen, on average, a year over year increase exceeding 100 percent.

“We are now documented by the FBI as the top five most targeted faith group,” Singh said. “What we know from our own reporting that shocking figure still only captures fraction of the hate-crime that Sikhs experience in the United States. “Our organization has been advocating for a long time for the need to prove hate-crime reporting data because data is going to help determine what policy are being effective and what is not,” he said.

“The passage of today’s law is the first step in understanding that data and acknowledging hate-crime to law enforcement but we have a long way to go.“We need to see more training in hate-crime initiatives. We need to see stronger enforcement of hate-crime laws and we need also to make sure that loopholes in the deferral law are fixed, mixed murder hate-crime be persecuted as well,” Singh said.

Samir Kalra, managing director, Hindu American Foundation, applauded “Congressional leaders and President Biden for passing and signing into law this important bipartisan legislation.” “The bill squarely confronts the anti-Asian and anti-Indian sentiments that have been rising in America and which is exacerbated by the Covid-19 pandemic,” Kalra said. “Out of all that hate and negativity was born a good, positive piece of legislation that all Americans can be proud of, especially Asian Americans.

SrutiSuryanarayanan, research & communications associate at South Asian Americans Leading Together (SAALT) told the media, “While we are pleased to see a stronger response and acknowledgment of hate violence that is driven by racist policy and rhetoric from the government, we hoped that the lessons of the Movement for Black Lives would guide our policy makers to find solutions that do not continue to reply on increased law enforcement,”

Vice President Kamala Harris said: “Racism exists in America. Xenophobia exists in America. Anti-Semitism, Islamophobia, homophobia, transphobia, it all exists. This bill brings us one step closer to stopping hate, not just against Asian Americans, but for all Americans.”