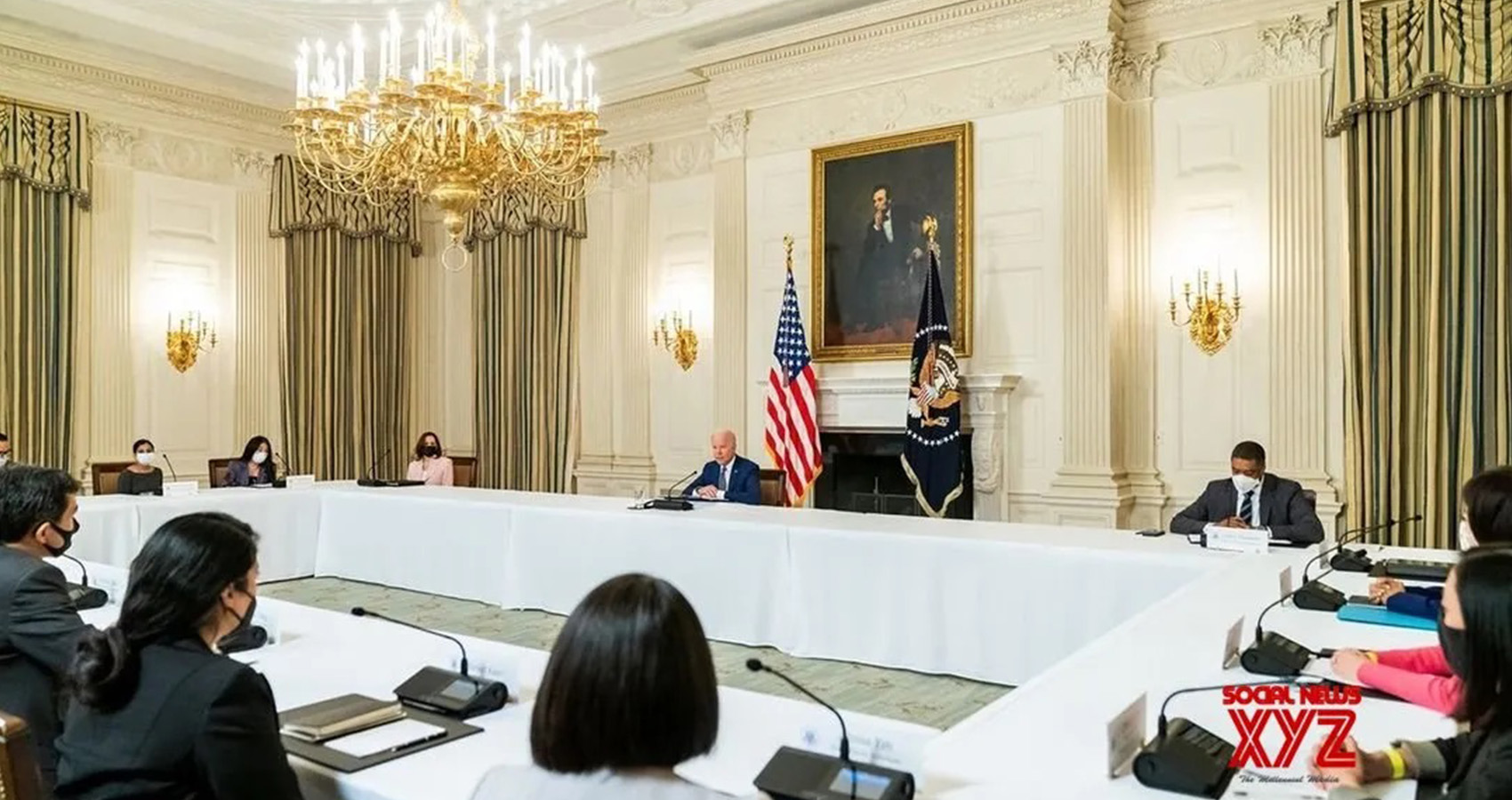 US President Joe Biden and Vice President Kamala Harris have pledged to work with the Asian community on immigration reforms, according to the White House. Last weekday, the two leaders told representatives of the Asian, Hawaiian and Pacific Islander community that they supported providing a path to citizenship for essential workers, farm labour, people from nations like Nepal and Myanmar who are given temporary protection status against deportation because of unsettled conditions in their home countries, and those who were brought to the US illegally when they were children.

Biden and Harris said they backed achieving this by using the budget process known to get the necessary legislation for it through the Senate, where the Democrats do not have the 60 votes needed for passing a separate law for it.

But their plan for urgent action through the budget process does not seem to cover the several thousands of Indian children who came to the country legally and followed the immigration rules and are threatened with deportation as soon as they turn 21 even while their parents are still legally waiting for their green cards or permanent immigrant status.

The White House spokeswoman Jen Psaki on Thursday, July 5, announced the new comprehensive immigration bill that US President Joe Biden has proposed, and about the administration’s move on ‘documented dreamers’ including children of H1B visa holders.

Neil Makhija, the executive director of Indian American Impact, told reporters that he “raised issues of immigration, voting rights and specifically green card backlog in context of explaining how country caps are remnants of exclusionary laws in the past, particularly enacted in the 20s.”

Psaki added that it is something that Biden “has proposed addressing in a comprehensive immigration bill”, and supports giving these children protection.

While the parents stay here on their H1-B or H4 visas and wait for green cards, their children will not be eligible to continue on their H-4 visas as soon as they turn 21 and can be deported.

This affects Indians because the wait for green cards is more than decade, a period long enough for many children to turn 21.

Ironically, if they had come in illegally or failed to follow the immigration laws, they would have received special consideration from the Democrats who give priority to illegal immigrants.

Meanwhile, The Wall Street Journal has reported quoting a State Department official that 100,000 green cards meant for those eligible because of their work status will go to waste if they are not distributed by the end of September.

Most of those affected will be Indians working in the tech sector “who have been waiting to become permanent residents in the US and are watching a prime opportunity to win a green card slip away”, the newspaper said.

The Journal said that this was because the government was not able to handle the green card applications because of backlogs caused by the Covid-19 pandemic and the green cards not handed out by the end of next month will expire.

The newspaper pointed out that the the Democrats are trying to make six million people illegally in the country eligible for green cards through their $3.5-million budget package they are trying to get Congress to pass.

The loss of the 100,000 green cards would affect those who came to the country legally and have abided by the immigration laws. (IANS)