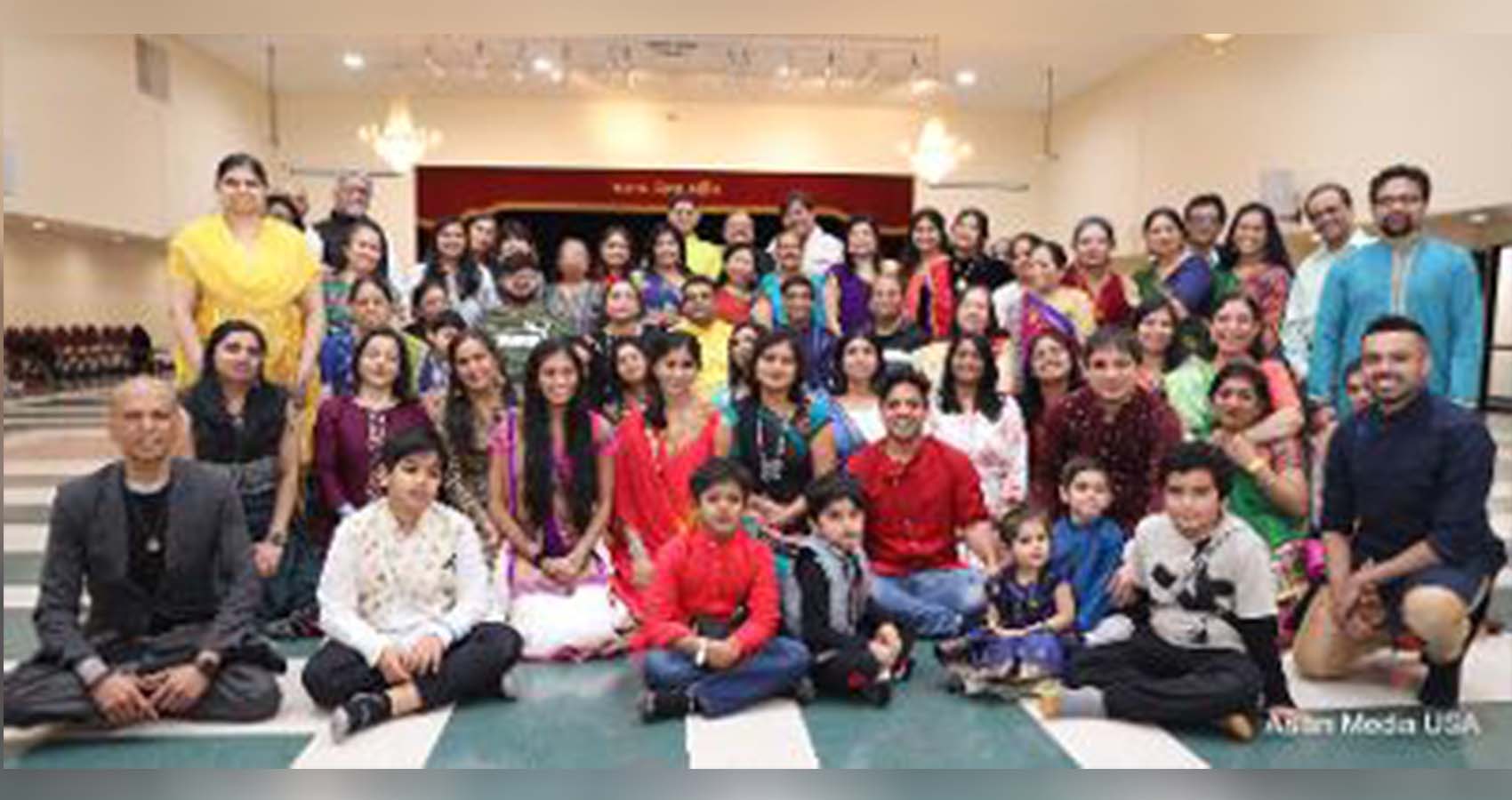 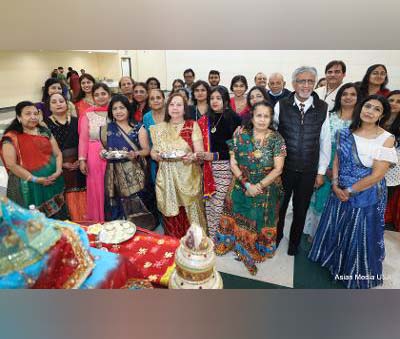 This year, the Navratri celebration was organized by President of Aarush Entertainment Manoj Rathod.

The Aarti table was beautifully decorated in the center of the hall with flowers, fruits and candle lamps around the pictures of Amba Mata and Modheshwari Mata by Manoj Rathod and his wife Rajkumari Rathod. To begin the Garba celebrations, everyone prayed together.  The atmosphere was filled with warmth and devotion. When asked, Manoj stated, “Our goal was to create a special spiritual bonding experience for all the friends and family celebrating Chaitra Navratri this year.”

The lead singer at the event, Garba Queen of Midwest, Bharti Desai is a renowned & award-winning singer in Chicago who enthralled the audience with her charming personality. She started with the Three claps Garba, “Kum Kum Kera Pagale Madi”. She sang the Classical “Raksha Karo Ambe Maa Bhavani”.  She continued amazing Garbas in Two Taali. In Raas everybody enjoyed “Disco Dandia”, “Sanedo”, “Amu Kaka Bapa Na”, “Bhai-Bhai”, “Hitch”. She sang all what the Khelaiys wanted to hear for their dance and continued with Mataji’s Arti, Thaal & Stuti. On stage, Bharti Desai was accompanied by Amit Desai (Side Rhythm), Shivam Thakker (Dhol & Tabla), Mahavrat (Octopad), Vedant (Key Board), Harish Shukla (Sound Engineer). 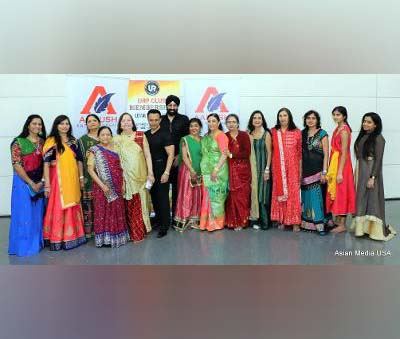 The reason people love Bharati Desai could be “because she sings from her heart and soul”, said Altaf Bukhari, Vice President Federation of Indian Associations (FIA)-Chicago IL.  “The songs that she selects are well known and original folk songs” said Nisha Deshpande who was accompanied by her 3 yrs. an old son dressed up in traditional Gujarati dress, one of the many energetic participants present there. “She gives little variation in notes, but keeps the soul, the ‘atma’ of the song intact,” said Roma Bhagat. This was echoed by another very happy attendee Mrs. Priya Ghayal who described the events as an excellent, enjoyable, exceptional event presented by Bharti Desai.

“Many thanks to Mayur Max Ganger Bhai of Sajni Entertainment & Altaf Bukhari of A.B Entertainment for their sponsorship, because without their valuable support it would not be possible to have such a magnificent event. Also, thanks to the wonderful audience of Chicago and well-wishers who attended the event to make it a huge success” said President of Aarush Entertainment, Manoj Rathod.

“It was a colorful, cherished event as kids, youth and adults of all ages participated and brought the liveliness around us.” said Anita Patel. The Garba program ended with an Arti around 10:30 p.m. followed by Prasad distribution.

The Aarush Entertainment company offers event planning & management services that also includes wedding designing, planning, management & consultancy, adopting a comprehensive approach & professional management information system to plan and produce a world class event experience each & every time all over the world. The highly skilled team of professionals at Aarush Entertainment strives hard to accomplish the highest standard of quality, effectiveness & novelty with due importance to the budgetary considerations.