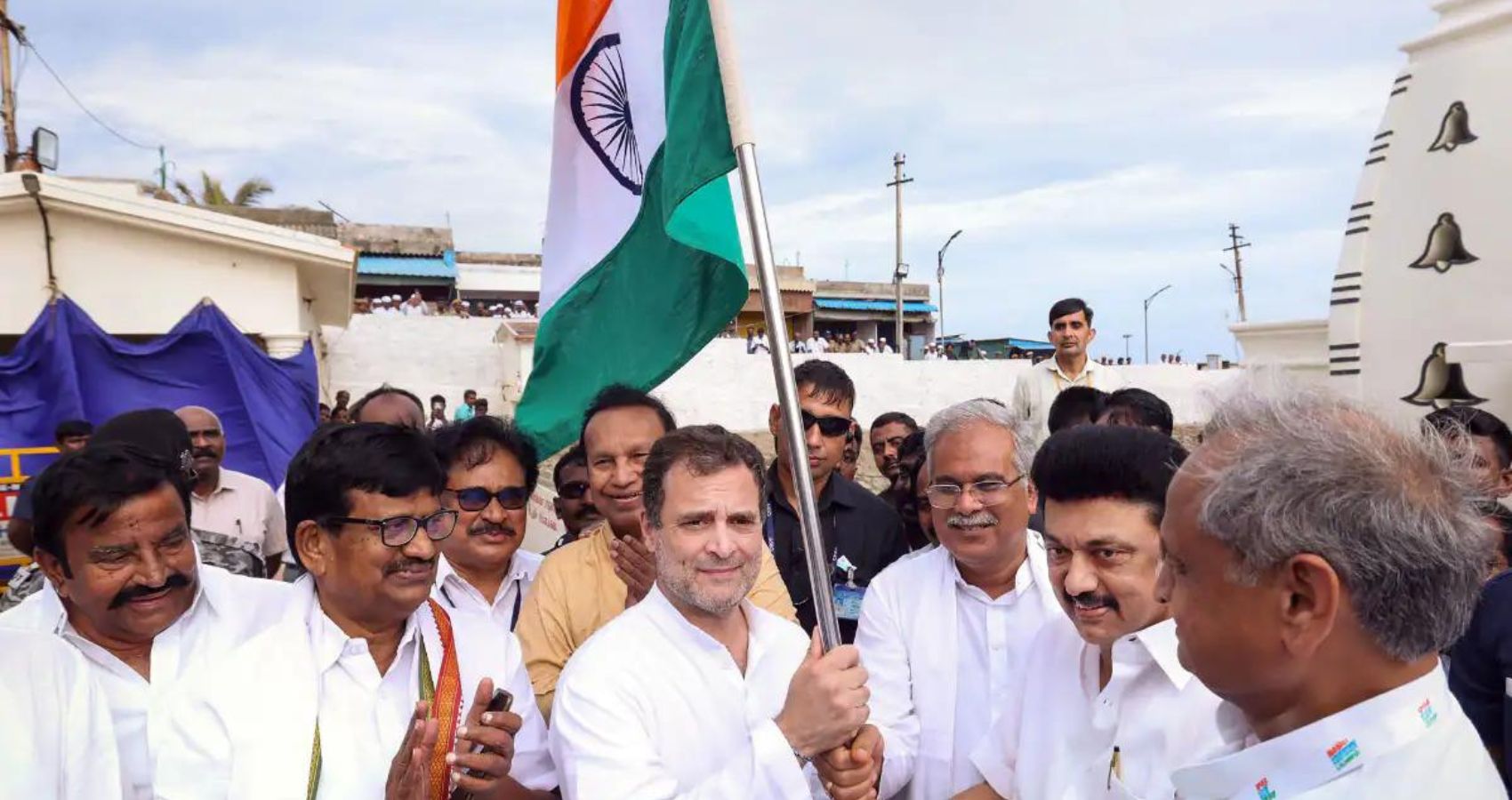 The Bharat Jodo yatra launched by Indian National Congress, under the leadership of Rahul Gandhi is getting tremendous response. It is as if the people were waiting for such an event to reaffirm their trust and faith in the composite Indian Nationalism. This Indian Nationalism has been undermined during last few decades in general and last few years in particular. While the national media and major TV channels are ignoring it, the social media is partly compensating for that by putting across lovely and beautiful clips and pictures of people of all age groups longing to associate with the same.

The response is mainly due to the undermining of what has been the “Idea of India’ of our freedom fighters, the response is due to the blatant bypassing of the values of Indian Constitution which underline: Equality on one hand and state’s obligation to reduce the economic gaps between rich and poor on the other. The Constitution also outlines the role of state in promoting scientific temper, which has been given a go-bye during last some time. 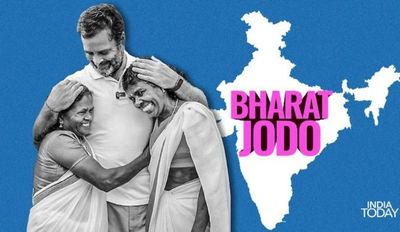 India became a secular nation with the emphasis on caste-gender equality. The kingdoms where the kings ruled with the ‘divine authority’ were replaced by colonial period in India. During the plunder by colonial rulers there were other changes also which led to social changes. Introduction of transport, communication, modern education and modern administration provided the ground for changes in caste and gender equations and promoting the unity among different religious communities. Those who were the bearers of feudal mindset kept themselves aloof from this process of ‘nation making’. They helped British in their policy of ‘divide and rule’, leading to the tragic partition and the biggest ever mass migration in the sub-continent.

India did embark on the path of nation making through anti-colonial struggle. After Independence, there was enhancement of the industrialization, education, irrigation, health facilities and social welfare among others. The sectarian nationalists, Muslim and Hindu communalists-mostly harped on identity issues. In due course Hindu communalists started dominating and their infiltration in different walks of life and different facets of state apparatus became apparent. Their taking over of media through sympathetic corporate world was accompanied by setting up of “social media cell’. This weakened the process of the gains of freedom movement. The major things which were undermined were the Hindu-Muslim unity also the slow march towards social justice has been further hampered. Communalization of society also retarded the march towards gender equality.

At political level, the party which led the freedom movement gradually was infiltrated by opportunist communal elements for which the politics is just for grabbing power for their own selves. Many regional satraps also came up with ambitions for regional power with local agenda. The left parties which should have been the upholders of the rights of the marginalized, themselves started getting marginalized.

So today India we see has a situation, where not only the divisive politics of BJP has tried to co-opt a section of marginalized but also its parent organization RSS, through its various arms, has worked consistently among the dalits and Adivasis to co-opt them into Hindu nationalist fold. It has also done social engineering through which at grass root level the micro identities have been strengthened. At the same time mega Hindu identity has been propped up through the issues like Ram Temple, Love Jihad, Cow-Beef, fear of Muslims becoming a majority among others.

The Bharat Jodo Yatra probably is the best thing which has happened in India during last several decades. This will surely strengthen the nation and also cleanse the Congress party. It is also an occasion of churning for social groups, which are committed to rights of weaker and marginalized, the groups committed to democratic values, the groups committed to religious minorities. This Yatra gives them a platform to work for their goals of humane democratic society with rights and dignity for all sections of society. 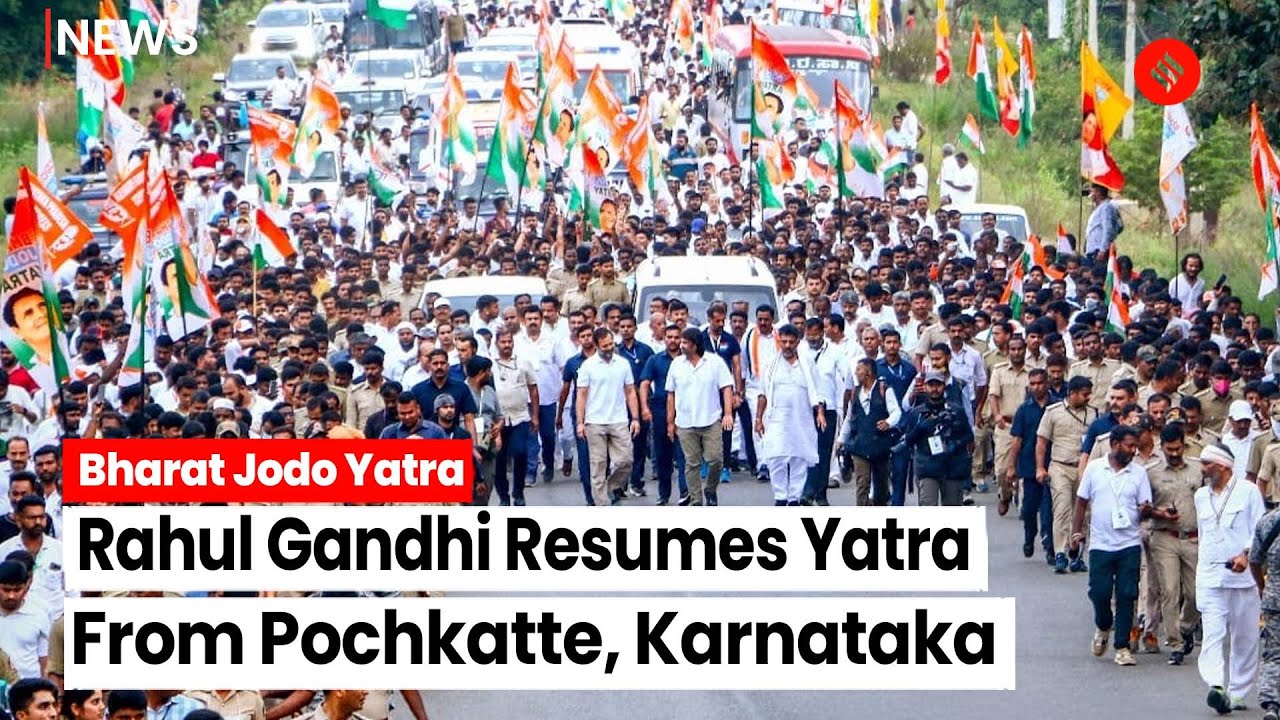 Another welcome part of Yatra is the pro active response of these social groups and many political parties to affirm the values of pluralism, diversity and democracy. There are many jarring parts of the yatra also. The route which it is has mapped so far seems to have lesser representation of Muslim majority areas. While we stand to criticize the fundamentalist elements of Muslim leadership, we need to connect to average Muslims (and Christians) who have been the major victims of the sectarian politics. Ridiculing Rahul Gandhi for marching with the little girl with Hijab was deliberately played up by the communal forces for sure. Yatra needs to stand up to associate with the religious minorities, emulating the Father of the Nation.

No short cuts are possible at this stage. The nation has been seriously undermined by the rise of identity politics. The diluting of caste differentials, through affirmative action has also been retarded. This yatra is a major landmark and should be beginning of the process where ‘Iswar Allah Tero naam’ and abolition of caste need to be integrated in the message of the yatra. It needs to go through the Muslim majority areas and the areas of ex Untouchables with equal frequency.

The message of Bharat Jodo (Nafarat Chodo) has been well received for sure. The need now is to give the signal for reduction of economic disparity, social and gender equality. This is the beginning of revival of what majority of Indians identified with during freedom movement. There is also a need to have backup action for consolidation of the positive energy being generated by the Yatra. This is where the major challenge will be. Lakhs of RSS shakhas are the backbone which give the ground for identity politics and glorification of past where the caste, class and gender hierarchies dominated the society. Need is to activate the quiescent Rashtra Seva Dal type organizations, community centers, which keep promoting the values of peace and harmony which majority of Indian cherish even today. These values of love and peace are very much there, but they have been dwarfed by those forces, which were never a part of freedom movement and never part of the movements, which made us Indian Nation.   (https://www.southasiamonitor.org/open-forum/rahul-gandhis-uniting-india-march-ignored-media-welcomed-social-groups)