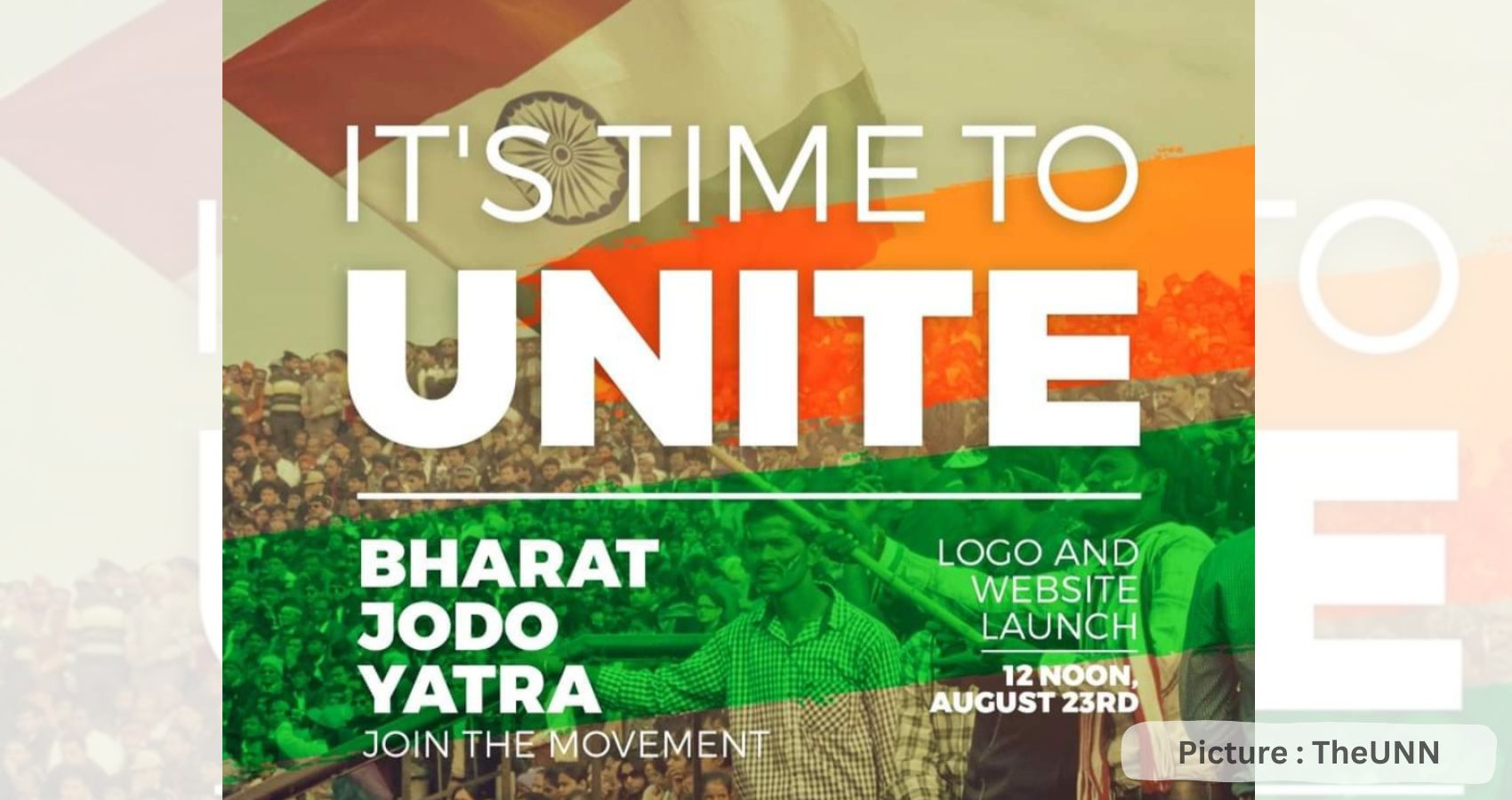 Rahul Gandhi started Bharat Jodo Yatra on September 7, 2022 with the plan of covering a distance 3500 km from Kanyakumari to Srinagar. According to the Congress party, the yatra is the biggest Mass contact programme where the concerns of people will be raised. Although the main purpose of the yatra is to revive and rejuvenate the Congress party, people belonging to different ideologies, walks of life, professions and members of civil society organizations have joined the yatra because they appreciate the idea of knitting India, an India that is being divided on the basis of religion and besieged by soaring unemployment, price rise and widening economic disparities. Presence of a large number of ordinary people is the specialty of the yatra, besides participation by many social activists and film celebrities.

By observing and analysing the yatra, the kind of people who participate in the walk and the issues raised during the walk, one can draw some spiritual insights.

Personal Transformation, a Prerequisite for Social Transformation: Mahatma Gandhi has said, “You be the change you want to see in others”. The Bharat Jodo Yatra has certain specific objectives, which Rahul Gandhi and the Congress party have clearly articulated. While the yatra entered Madhya Pradesh in the last week of November, Rahul Gandhi said that he feels some changes in himself during the yatra, especially more patience and the ability to listen to others. “Now I don’t get irritated even for eight hours, if someone pushes or pulls me. It doesn’t affect me, whereas earlier I used to get irritated even in two hours,” he said. “If you are walking in the yatra and experience pain, then you have to face it, you can’t just give up”, he added.

Relevance of Tapasya: During the yatra, Rahul Gandhi often repeated that for him, Bharat Jodo Yatra is a tapasya. In a conversation with Darshan Mondkar, a Pune-based entrepreneur, who joined the Bharat Jodo Yatra’s Maharashtra leg, Rahul Gandhi explained what he means by tapasya. “Tapasya comes from the word tup. When you do tapasya you generate heat; the energy which consumes you. It hurts you; it pains you. And, then, you achieve,” Rahul said. He further explained: “Yes. Sure. I do not want to achieve anything without putting in an effort, without doing tup. Unless it hurts me, it pains me, any achievement is not worth it. This Bharat Jodo Yatra is my tapasya.”

“It is like an expiation, a cleansing of the soul. It is no easy task to walk even a single day in the Bharat Jodo Yatra. The physical stamina has to match a personal, political and an emotional commitment,” commented one of those walked with Rahul Gandhi in Karnataka.
The crucial question is how many of our political and religious leaders are ready to do tapasya. How many of them are ready to leave their comfort zones and walk to see and experience the problems and difficulties of people?  On the contrary, often, they make provocative statements sitting in their comfort zones and adopt controversial policies to divide people. They want to attain power and remain in power by polarizing people. Rahul Gandhi’s Bharat Jodo Yatra challenges these comfort-seeking, power-hungry and manipulative leaders.

Ability to Listen: The root cause of many conflicts is the failure on the part of individuals and groups to listen to others. Very often divorces take place in families, and many families are disintegrated due to the failure of the members to listen to each other. Many failures in governance happen because the rulers are not ready to listen to people. In the case of India, two mammoth protests — one against the three controversial farm laws and another against Citizenship Amendment Act (CAA) — took place because of the stubbornness of the ruling party to listen to people. Without listening to people, the ruling party imposed the two laws on the people of India. The tendency to impose laws without consulting people, who have to bear the consequence of the laws, is found among the religious leaders also. Often, they too behave like dictators.

Because Rahul Gandhi was ready to listen to people, many individuals and groups met him during the yatra and presented before him their problems and views. They include children, unemployed youth, women, students, farmers, weavers, intellectuals and social activists. A government, which is deeply committed to a majoritarian ideology that is exclusive, divisive and discriminative, is not willing to listen to people and their elected representatives.

Getting Rid of Fear: A constant theme running through Rahul Gandhi’s speeches during the yatra is the need for getting rid of fear. The root cause of hatred is fear. RSS and BJP have fear and that is why they spread hatred. He spoke why and how we need to overcome the fear within us so that we can become strong voices against the fascism of BJP/RSS. He showed the courage to speak against Adani and Ambani without mentioning their names, as they have cornered huge wealth of the nation due to the pro-corporate policies of the BJP government, neglecting the interests of the Micro, Small and Medium Enterprises.

Yogendra Yadav, President of Swaraj India, in an interview with Karan Thapar said that the tide is turning. “The climate of loneliness and fear has cracked but not shattered.” A few months ago, people were afraid of speaking against the government because of the fear of ED and CBI pouncing upon them. Now, thousands of people are walking on the streets along with Rahul Gandhi and it is making a dent in the fear.

Suzanne Furtado, an entrepreneur and writer from Bengaluru, who took part at the Mysore phase of the march, shared her experience in the following words. “Today’s India, where people’s voices, freedoms, lives, are being silenced, snatched, snuffed out, is not where I grew up. What I love most about my country is our incomparable diversity, and my heart grieves at what is happening to our people, our homeland. To me, Rahul Gandhi’s simple call to all to join him on this mission of unity, to come together to conquer the violent politics of hate, feels like Satyagraha. The Satyagraha of today’s India.”

Courage, the courage to stand alone and speak truth to power, is a significant quality of a spiritual person. A combination of courage and compassion makes a person spiritual. Rahul Gandhi has been consistent in his strident criticism of the dangerous ideology of the RSS-BJP combine. Even when the yatra entered Maharashtra, he had the guts to criticize the ideology of V D Savarkar, one of the protagonists of Hindutva. At the same time, because of his compassion for the people of India, he has been constantly focusing on the issues of the people — unemployment, rising prices and growing economic inequality. How many of our political and religious leaders have the courage to criticize the misuse of power by the ruling dispensation? Many religious leaders, despite knowing the dangerous virus that is infecting the whole nation, keep mum because of fear. Cowards can never be spiritual. Mahatma Gandhi has said, “Non-violence and cowardice are contradictory terms. Non-violence is the greatest virtue, cowardice the greatest vice. Non-violence springs from love, cowardice from hate. Non-violence always suffers, cowardice would always inflict suffering.”

Unity, Love and Fraternity: One of the proclaimed goals of Bharat Jodo Yatra is to replace division and hatred with unity and love. While addressing people at Hingoli in Maharashtra, Rahul Gandhi said, “We will reach Srinagar and hoist tri-colour and spread a message that this country can neither be divided nor can hatred and violence be spread in this country.” As an example of defeating hatred with love, Rahul Gandhi gave flying kisses to people who had gathered at the BJP Jhalawar office’s rooftop to catch a glimpse of the march. Later Rahul Gandhi wrote on Facebook: “No malice, no anger, no resentment — none of this is in the hearts of Bharat yatris. What they have is a desire to unite India, compassion for the sufferings of Indians and love for all citizens.”

The unity that Rahul Gandhi wants to promote is not the ruthless uniformity imposed by the RSS-BJP combine; it is a unity rooted in brotherhood and diversity. Imposing uniformity is totally against the spirit of India. While addressing a gathering in Kerala, Rahul Gandhi admired the people of Kerala for fostering unity in diversity. “Kerala is the symbol of unity in diversity and model for the entire country. The people of the state do not allow hatred to spread among them and encourage mutual respect. This was the reason that the state has a good education system and most compassionate nurses.”

One of the basic differences between religiosity and spirituality is that religiosity divides people whereas spirituality unites people. Religiosity is based on rituals, dogmas, rules, pilgrimages and devotions. These aspects generally differ from religion to religion and often people fight because of the overemphasis on these aspects. On the other hand, spirituality is based on the practice of humanitarian values, ideals, morals and ethical principles. These are more or less common to all religions. Because of the overemphasis on rituals and dogmas, fundamentalism and fanaticism flourish in religions. Fundamentalists always insist on uniformity and they impose uniformity by force. The result is conflict, division and enmity both within the religions and between the religions.

Unity in diversity is the millennial heritage of India. Unity of India consists in accepting, appreciating and celebrating differences, especially with regard to religion, culture and language. The great leaders of India, Mahatma Gandhi, Jawaharlal Nehru, Babasaheb Ambedkar etc., believed and practiced it. That is why secularism/pluralism is included as one of the core principles in the preamble of the Indian Constitution. Ever since the BJP came to power at the Centre under the leadership of Narendra Modi, this principle is being ridiculed and blatantly violated. Rahul Gandhi’s Bharat Jodo Yatra can restore and reassert one of the basic foundations of the Indian nation.

India has a long history of foot-marches by spiritual gurus and political leaders. Saints like Adi Shankaracharya, Lord Buddha, Guru Nanak and Sree Chaitanya had embarked on foot-marches to communicate their spiritual messages and bring about transformation in individuals and in society. Mahatma Gandhi led the longest foot-march as part of the national freedom struggle, which gave the final push to the independence struggle. Bharat Jodo Yatra, being political and spiritual, can lead to an urgently needed socio-political transformation of India. (Indian Currents)