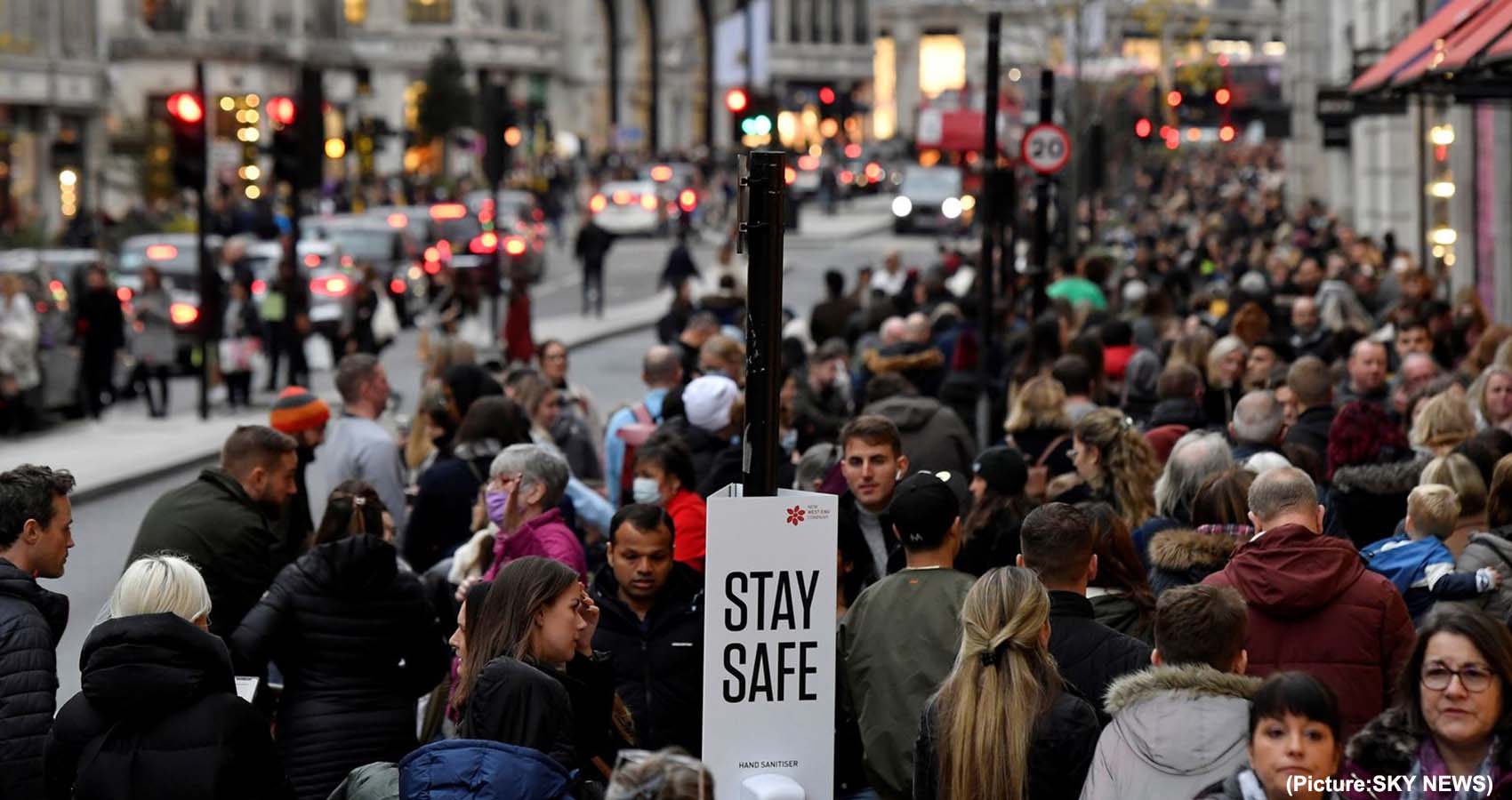 Two new British studies provide some early hints that the omicron variant of the coronavirus may be milder than the delta version. Scientists stress that even if the findings of these early studies hold up, any reductions in severity need to be weighed against the fact omicron spreads much faster than delta and is more able to evade vaccines. Sheer numbers of infections could still overwhelm hospitals.

Still, the new studies released Wednesday seem to bolster earlier research that suggests omicron may not be as harmful as the delta variant, said Manuel Ascano Jr., a Vanderbilt University biochemist who studies viruses. “Cautious optimism is perhaps the best way to look at this,” he said. 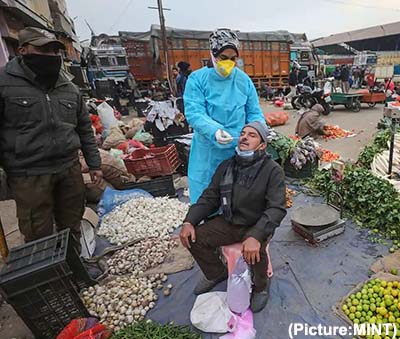 That analysis included all cases of COVID-19 confirmed by PCR tests in England in the first half of December in which the variant could be identified: 56,000 cases of omicron and 269,000 cases of delta.

A separate study out of Scotland, by scientists at the University of Edinburgh and other experts, suggested the risk of hospitalization was two-thirds less with omicron than delta. But that study pointed out that the nearly 24,000 omicron cases in Scotland were predominantly among younger adults ages 20-39. Younger people are much less likely to develop severe cases of COVID-19.

“This national investigation is one of the first to show that Omicron is less likely to result in COVID-19 hospitalization than Delta,” researchers wrote. While the findings are early observations, “they are encouraging,” the authors wrote.

The findings have not yet been reviewed by other experts, the gold standard in scientific research.

Ascano noted the studies have limitations. For example, the findings are specific to a certain point in time during a quickly changing situation in the United Kingdom and other countries may not fare the same way.

Matthew Binnicker, director of clinical virology at Mayo Clinic in Rochester, Minnesota, said that in the Scottish study, the percentage of younger people was almost twice as high for the omicron group compared with the delta group, and that “could have biased the conclusions to less severe outcomes caused by omicron.”

He nonetheless said the data were interesting and suggest omicron might lead to less severe disease. But he added: “It’s important to emphasize that if omicron has a much higher transmission rate compared to delta, the absolute number of people requiring hospitalization might still increase, despite less severe disease in most cases.”

Data out of South Africa, where the variant was first detected, have also suggested omicron might be milder there. Salim Abdool Karim, a clinical infectious disease epidemiologist in South Africa, said earlier this week that the rate of admissions to hospitals was far lower for omicron than it was for delta.

“Our overall admission rate is in the region of around 2% to 4% compared to previously, where it was closer to 20%,” he said. “So even though we’re seeing a lot of cases, very few are being admitted.”

A new South African study found the omicron variant could be significantly less severe than previous strains of the novel coronavirus.

The study found people with omicron infections had an 80 percent lower chance of being hospitalized, compared to other COVID-19 cases.

The researchers cautioned, though, that it is unclear to what extent omicron is intrinsically less severe than earlier strains, and to what extent the drop is due to more immunity in the population, from both prior infection and vaccination, than there was in earlier waves.

“It is difficult to disentangle the relative contribution of high levels of previous population immunity versus intrinsic lower virulence to the observed lower disease severity,” the study, which has not yet been peer-reviewed, states.  Still, the findings could provide some good news.

“New pre-print from South Africa suggests that, at least among those vaccinated and/or previously infected, Omicron is much less severe than Delta,” tweeted Tom Frieden, former director of the Centers for Disease Control and Prevention. “Will that hold true in the US with an older population? We’ll find out in the coming weeks.” The South African study adds to earlier indications that omicron could be less severe, though researchers are still gathering data.