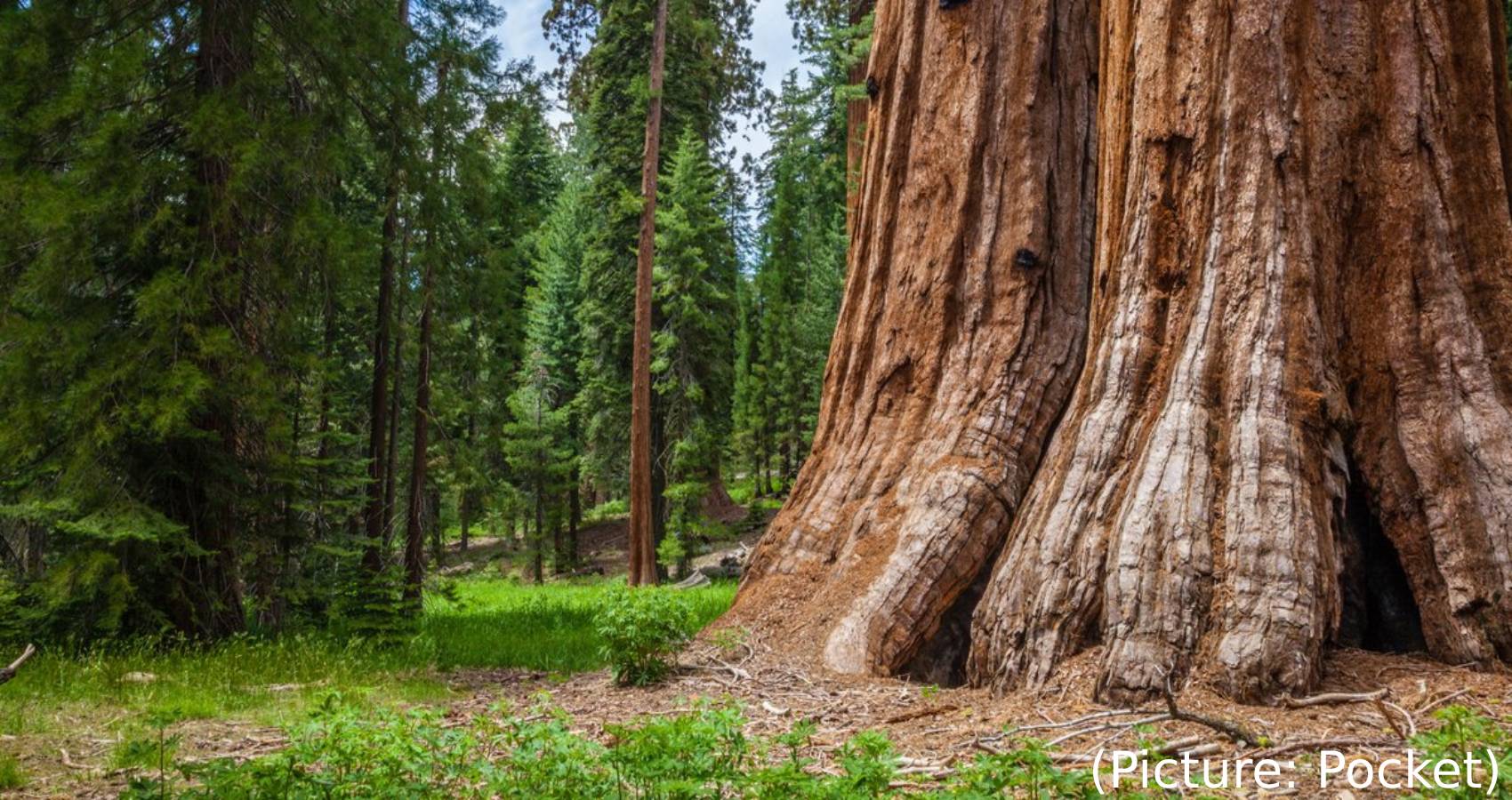 The sequoia tree slab is an invitation to begin thinking about a vast timescale that includes everything from fossils of armored amoebas to the great Tyrannosaurus rex. PaleobotanistScott Wing hopes that he’s wrong. Even though he carefully counted each ring in an immense, ancient slab of sequoia, the scientist notes that there’s always a little bit of uncertainty in the count. Wing came up with about 260, but, he says, it’s likely a young visitor may one day write him saying: “You’re off by three.” And that would a good thing, Wing says, because it’d be another moment in our ongoing conversation about time.

The shining slab, preserved and polished, is the keystone to consideration of time and our place in it in the “Hall of Fossils—Deep Time” exhibition at the Smithsonian’s National Museum of Natural History. The fossil greets visitors at one of the show’s entrances and just like the physical tree, what the sequoia represents has layers. 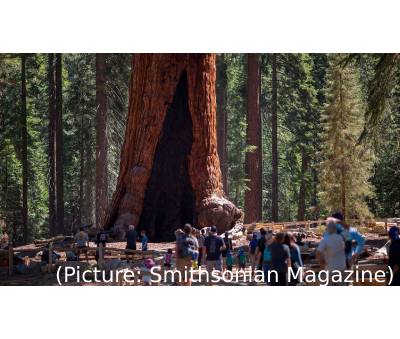 Each yearly delineation on the sequoia’s surface is a small part of a far grander story that ties together all of life on Earth. Scientists know this as Deep Time. It’s not just on the scale of centuries, millennia, epochs, or periods, but the ongoing flow that goes back to the origins of our universe, the formation of the Earth, and the evolution of all life, up through this present moment. It’s the backdrop for everything we see around us today, and it can be understood through techniques as different as absolute dating of radioactive minerals and counting the rings of a prehistoric tree. Each part informs the whole.

In decades past, the Smithsonian’s fossil halls were known for the ancient celebrities they contained. There was the dinosaur hall, and the fossil mammal hall, surrounded by the remains of other extinct organisms. But now all of those lost species have been brought together into an integrated story of dynamic and dramatic change. The sequoia is an invitation to begin thinking about how we fit into the vast timescale that includes everything from fossils of armored amoebas called forams to the great Tyrannosaurus rex.

Exactly how the sequoia fossil came to be at the Smithsonian is not entirely clear. The piece was gifted to the museum long ago, “before my time,” Wing says. Still, enough of the tree’s backstory is known to identify it as a massive tree that grew in what’s now central Oregon about 16 million years ago. This tree was once a long-lived part of a true forest primeval. There are fossils both far older and more recent in the recesses of the Deep Time displays. But what makes the sequoia a fitting introduction to the story that unfolds behind it, Wing says, is that the rings offer different ways to think about time. Given that the sequoia grew seasonally, each ring marks the passage of another year, and visitors can look at the approximately 260 delineations and think about what such a time span represents.

Wing says, people can play the classic game of comparing the tree’s life to a human lifespan. If a long human life is about 80 years, Wing says, then people can count 80, 160, and 240 years, meaning the sequoia grew and thrived over the course of approximately three human lifespans—but during a time when our own ancestors resembled gibbon-like apes. Time is not something that life simply passes through. In everything—from the rings of an ancient tree to the very bones in your body—time is part of life.

The record of that life—and even afterlife—lies between the lines. “You can really see that this tree was growing like crazy in its initial one hundred years or so,” Wing says, with the growth slowing as the tree became larger. And despite the slab’s ancient age, some of the original organic material is still locked inside. “This tree was alive, photosynthesizing, pulling carbon dioxide out of the atmosphere, turning it into sugars and into lignin and cellulose to make cell walls,” Wing says. After the tree perished, water carrying silica and other minerals coated the log to preserve the wood and protect some of those organic components inside. “The carbon atoms that came out of the atmosphere 16 million years ago are locked in this chunk of glass.”

And so visitors are drawn even further back, not only through the life of the tree itself but through a time span so great that it’s difficult to comprehend. A little back of the envelope math indicates that the tree represents about three human lifetimes, but that the time between when the sequoia was alive and the present could contain about 200,000 human lifetimes. The numbers grow so large that they begin to become abstract. The sequoia is a way to touch that history and start to feel the pull of all those ages past, and what they mean to us. “Time is so vast,” Wing says, “that this giant slab of a tree is just scratching the surface.”

(Riley Black is a freelance science writer specializing in evolution, paleontology and natural history who blogs regularly for Scientific American.)