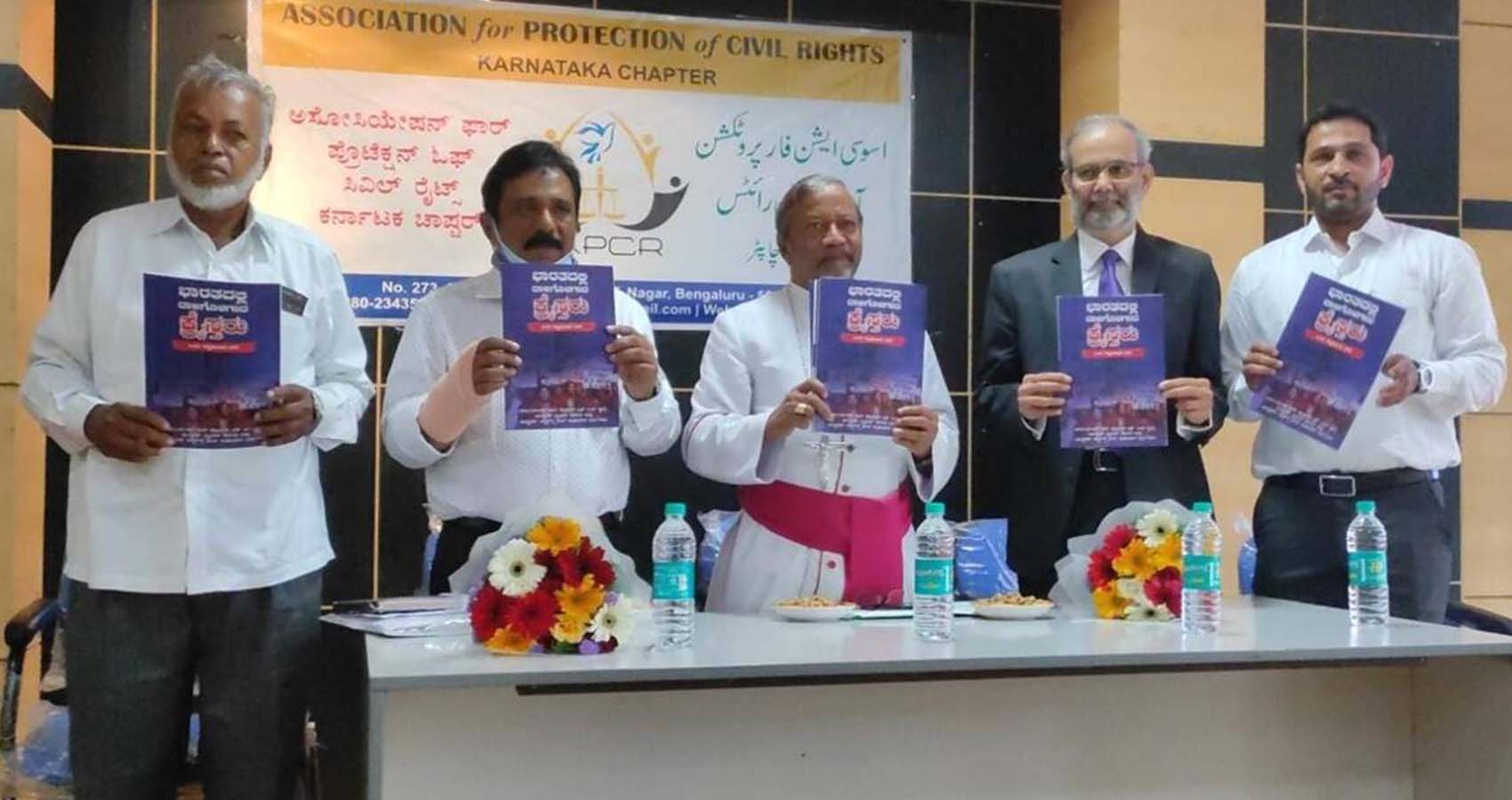 Karnataka state in India has seen rise in attacks against Christians after govt’s anti-conversion law proposal, reveals report  In its state-wise classification, UCF found that Uttar Pradesh reported the most such cases (66), followed by Chhattisgarh (47), and Karnataka (32). This also makes Karnataka top the list among south Indian states.

Karnataka has seen a rise in attacks against Christians in October and November after the ruling Bharatiya Janata Party (BJP) proposed an anti-conversion law in the state, a fact-finding report by several civil society organisations revealed. While 27 such attacks took place during the first 272 days of this year, five incidents took place between October and mid-November alone, it highlighted.

The report by United Christian Forum (UCF), Association for Protection of Civil Rights (APCR), and United Against Hate also claimed that Karnataka ranks third among states with the most number of attacks on the community and their places of worship in India.

According to the report that took into account calls made to UCF, as of September 2021, the helpline recorded 305 cases across the country. The calls comprised complaints mentioning mob attacks (288 cases), and damage to places of worship (28 cases). As many as 1,331 women, 588 tribals, and 513 Dalits were injured in these attacks, as per the report. Further, it noted that the police did not allow congregations in at least 85 instances this year (2021).

In its state-wise classification, UCF found that Uttar Pradesh reported the most such cases (66), followed by Chhattisgarh (47), and Karnataka (32). This also makes Karnataka top the list among south Indian states.

Advocate Mohammed Nayaz, State Secretary of APCR Karnataka, told The Indian Express that it was important to note that the frequency of such cases have increased in the state since the government’s proposal for an anti-conversion law began. “While a total of 32 such cases were reported across months since January, at least five of them have taken place in quick succession in the months of October 10 and November 14,” he said.

The report noted incidents of vandalism, false accusations, and forced arrests from the state in separate incidents from Udupi, Belagavi, Uttara Kannada, Chitradurga, and Bengaluru districts.

President of the Karnataka Region Catholic Bishops’ Council, Reverend Peter Machado, after releasing the report, noted that Karnataka seems to have “lost its humanity despite being known for progressive politics and (Bengaluru) being the IT hub of the country”.

Machado, who is also the Archbishop of Bangalore, added that the report might have missed many such attacks as it was based only on calls made to the UCF helpline. He, however, stressed that the report has never stated that “most of these attacks were led by right-wing groups and the police have failed to act on them.” He alleged that members of the community were instead charged with cases. “In Belagavi, community members have been asked by the police to restrain from holding prayer meetings during the upcoming legislature session,” Machado highlighted.

Earlier, Chief Minister Basavaraj Bommai had announced that a Bill to prohibit “forced conversions” in the state would be passed by the government during the Winter Session of the Assembly that is scheduled to begin on December 13.