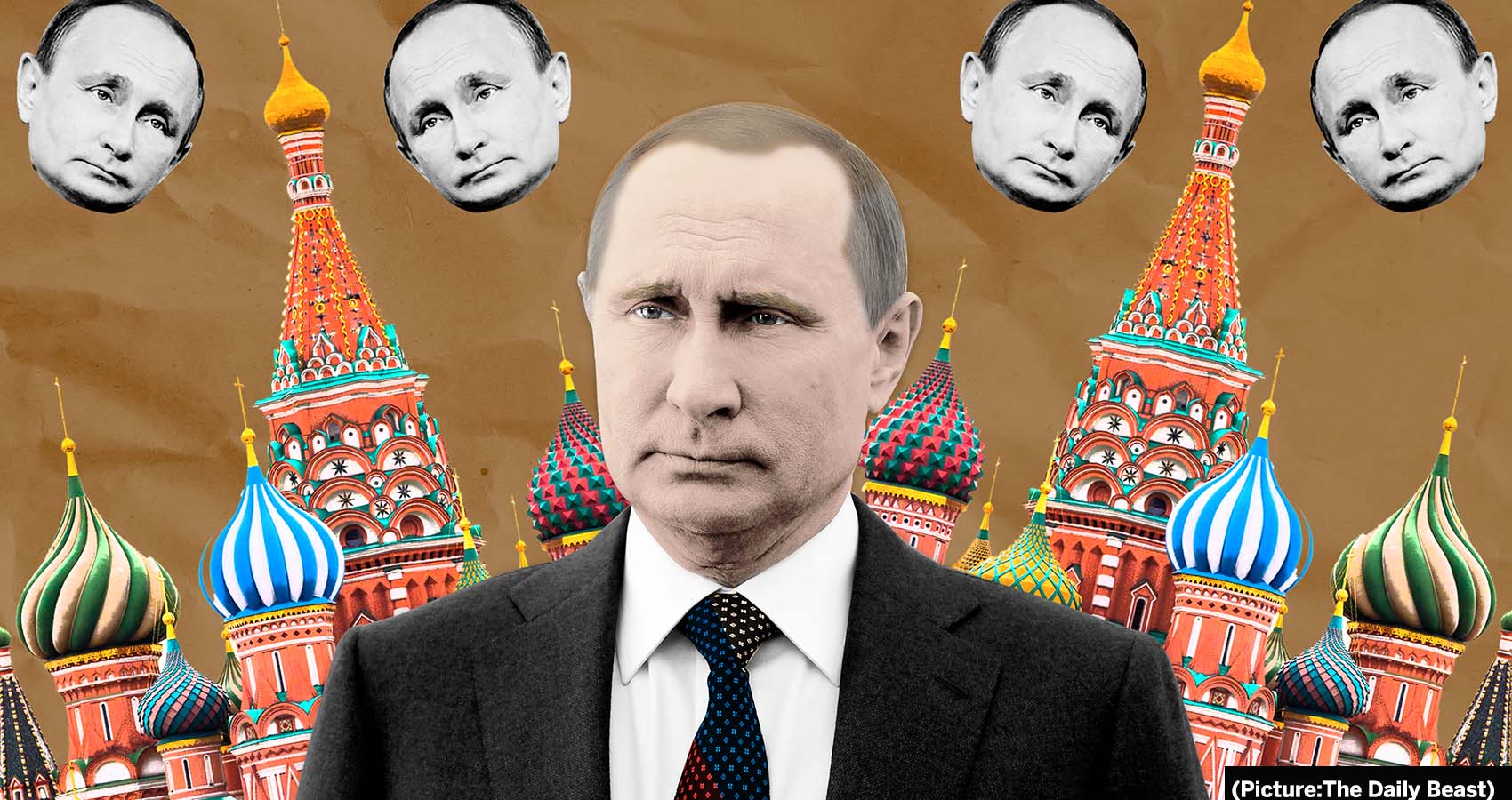 The way Russian President Vladimir Putin and Kremlin propaganda talk about the countries Russia threatens—with Ukraine front and center—to invade, occupy, coerce and control tells the story of perhaps the unhappiest family in the world.

Reading Putin’s mind is in many ways a mug’s game, but can we parse something more fundamental about the deeper drives compelling the Kremlin’s behaviour from its language and social dynamics? What do they tell us about its motivations—and how to deal with them? It’s tempting to think about Moscow’s foreign policy as reducible to rational self-interest, a demand for “spheres of influence” articulated in the sober logic of security and realist international relations, but its language also hints at something more intermingled with the intimacies of family dynamics.

Firstly, there’s the obsessive stalking of Kyiv, which is deified as the “mother of all Russian cities,” and then castigated either as a prostitute who has sold out to the West, or a sort of zombie-mummy, manipulated by “dark forces” who have turned her into a tool against Russia.

Then there’s the oft repeated definition of Ukrainians and Belarussians as Russians’ “younger Brothers,” a definition at once patronising and suffocating, with the insistence that all these different countries are actually “one people,” one mass destined to be locked forever in the communal apartment of the Russian state (of mind).

Thus to justify his annexation of Crimea and invasion of East Ukraine, Putin argued in 2014 that “Russians and Ukrainians are one people. Kiev is the mother of Russian cities. Ancient Rus is our common source and we cannot live without each other,” and then earlier this year described Ukraine as being turned into the “anti-Russia” by the West. The language and memes become ever less elegant as you descend into the vomitarium of Russian state media talk shows and troll farms.

Though the references to ‘younger brothers’ and ‘mother Kyiv’ are age-old tropes embedded in Russian culture, a more recent innovation is the Russian Foreign Ministry’s depiction of countries who used to be in the USSR and Warsaw Pact as ‘orphaned’ by the end of the Cold War: as if Estonia, Poland and the Czech Republic were lost urchins somehow pining for the return of Big Daddy Moscow.

Such constant references to family relations make me think that other motivations could be relevant here: could even a touch of psychoanalysis help inform the geopolitical analysis?

There’s some history to this approach. At the end of World War II the British psychiatrist Henry Dicks conducted a series of in-depth interviews with German POWs selected to represent different German social segments. Dicks wanted to work out the well-springs of the Nazi mindset, and where it resonated with other Germans.

I’ve been pouring over Dick’s archives for a new book on World War II propaganda, and asked the practicing psychoanalyst and University of London Professor of Literature Josh Cohen to help me make sense of them—and their relevance today with Russia.

Dicks found that what dominated among German soldiers, and especially those who liked the Nazis, was a weird relationship with authoritarian, often abusive and frequently absent father figures, with the child simultaneously humiliated by them and yearning for acceptance. The ensuing weak sense of individual agency lead to a search for strong leaders and identification with an all-encompassing, abstract nation-family. Deifying impossibly perfect mother figures, and then attacking any women who failed to live up to that, was a common accompaniment. Irrational spurts of aggression were a way to deal with the sense of inadequacy. Interestingly Dicks saw the Nazi insistence on a ‘Lebensraum’, the vast territories in Ukraine and Eastern Europe the Nazis claimed as theirs, partly as a compensation for this cycle of frustrated recognition and humiliation: a geopolitical demand born not merely out of ‘rational self interest’, but out of irrational ‘secondary narcissism’

“If primary narcissism is structural and necessary,” explains Cohen, “is basically our investment in our own self-preservation, secondary narcissism involves specific character traits and habits—vanity, self-inflation, superiority, all of course masking an underlying fear of one’s own inadequacy.”

One doesn’t need to be a psychoanalyst to notice how Russian popular culture circles around simultaneous adoration and fear of authoritarian father figures: Stalin, Peter the Great and Ivan the Terrible especially, all of whom not only both glorified the state while abusing its people, but also, literally killed (Ivan), or were involved in killing (Stalin and Peter) their own offspring. When Russian state TV launched a vote to define history’s “Greatest Russians,” back in the still supposedly pro-Western era of 2008, Stalin was coming top until a late, potentially orchestrated surge put the near mythical, pre-medieval figure of Alexander Nevsky top.

Along with this love/fear relationship with abusive father figures, there are also the daily humiliations of the Russian system. When I lived in Moscow in the first decade of the Putin era, the petty put-downs an average citizen faced were relentless: on street corners traffic cops charged you with invented violations you could do nothing about, and then extorted bribes; at work bosses found it normal to scream at their subordinates (and were then screamed at in turn by their bosses); on the roads ordinary people were stuck in endless traffic, while the wealthy and well-connected obtained government sirens that allowed them to drive down the middle of the highway, reinforcing your sense of worthlessness every time they passed. And when one finally got home, full of burning resentment at the system, the TV would repeat “America is humiliating Russia, stopping it from rising from its knees.” The burning resentment would be sublimated onto evil foreigners.

The TV would also often reiterate the well-worn trope of how Russians needed a “strong hand” to guide them, a disciplinarian that protects and punishes. Putin is often described approvingly in that way, with his propaganda machine actively elevating him as a father-leader figure above politics, with the whole panoply of macho images that feature the President riding bare-chested on horses.

“It’s hard not to think of ‘the second time as farce’ when relating this to Putin” says Cohen. “It’s as though all these categories like ego weakness and secondary narcissism resurface today, but with a nudge and wink. With Putin there’s the kitsch, the shirtless photographs… What is interesting is that this doesn’t make him any less dangerous, and in a certain way makes him more so.”

The Putin-Leader propaganda ramped up after his return to the Presidency in 2012, and in the wake of protests that demanded an end to authoritarianism and daily humiliation from officials. State-sanctioned support for outbursts of aggression against minorities also increased, with laws legitimising domestic violence against women and attacks on the LGBTQ community. 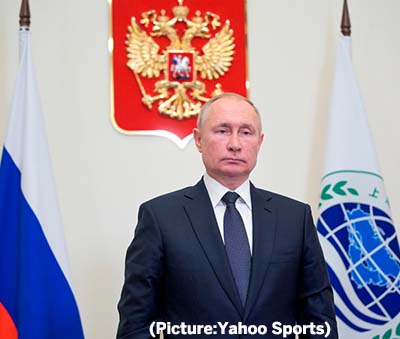 Greater domestic oppression synced with the invasion of Ukraine and further augmented the widespread sense that Russia, already the world’s largest country, deserves territory far beyond its gargantuan reach. This sense of fluid borders ranges from the far-right fantasies about an Eurasian Empire from the Indian Ocean to the Atlantic, to the more common “Russo-sphere.” In Russia’s case the term “sphere of influence” doesn’t only denote something hard and defined, which can be hammered out with other “great powers” in some grand new geopolitical deal, but something that swells and swings with the pistons of suppressed resentment and emotional dynamics.

What does this mean in practice for dealing with Putin’s Russia?

On the level of official diplomacy we should resist putting too much hope that any deal, even if it could be reached, will somehow magically resolve things for good. Russia will not, as Biden’s National Security Advisor Jake Sullivan hoped, be “parked.” The Kremlin needs to permanently keep the attention of a superpower to validate itself. Whether this entails gobbling up half of Ukraine along the way I don’t know, but even if it does the appetite will only increase and not be sated.

But while the thing once known as the West looks for the diplomatic tools to restrain Russian aggression today, we need to start thinking how to help address the deeper anxieties and traumas that pervade Russian society and culture, and which the Kremlin’s propaganda exploits. The mass culture equivalent of therapy is bringing submerged issues into public speech so they can be understood and ultimately surmounted.

On the most basic level what is lacking in the current crisis is any attempt by Western and American leaders to talk to the Russian people. Even as internal Kremlin propaganda screeches about the threat of NATO, no politicians have reached out to talk to the Russian people directly. We were much better at this in the Cold War, when Margaret Thatcher famously went on Soviet television and skillfully debated and beat their current affairs presenters. Back then Russians were shrouded in censorship, today it is infinitely easier to reach out and engage though social media.

As the Russian media analyst Vasily Gatov has suggested in a paper envisioning a new public diplomacy, these communicators should be the sorts of people a broad array of Russians will, even if grudgingly, respect and pay attention to: perhaps former Generals and security officials could fit the bill.

Beyond such basic political engagement, there’s the deeper public diplomacy that would initiate a conversation with ordinary Russians about how they see the country’s future place in the world. How many Russians just want to be part of a normal country, shorn of its cycles of oppression and lashing out? When Dicks analysed German POWs, he found that not all were all were beholden to the Nazi psychic see-saw of bullying and humiliation. He thought these other social groups would be the ones who could rebuild Germany after the war.

There are many Russians—artists, academics, film-makers—who already do a great job of excavating the Russian unconscious. They are often given minimal support by their own government, and some have had to leave the country. There should be a transatlantic fund, independent of any state, to support their work. Likewise we should be thinking of the future generation, and establish a Russian language university safe for critical inquiry.

All these might seem like long term measures in the face of an immediate crisis. But the roots of this crisis are deep. There is much hand-wringing among U.S. elites about whether they somehow offended Kremlin elites in the 1990s. But what is just as pertinent is how they abandoned listening to and talking with the Russian people. Start now.