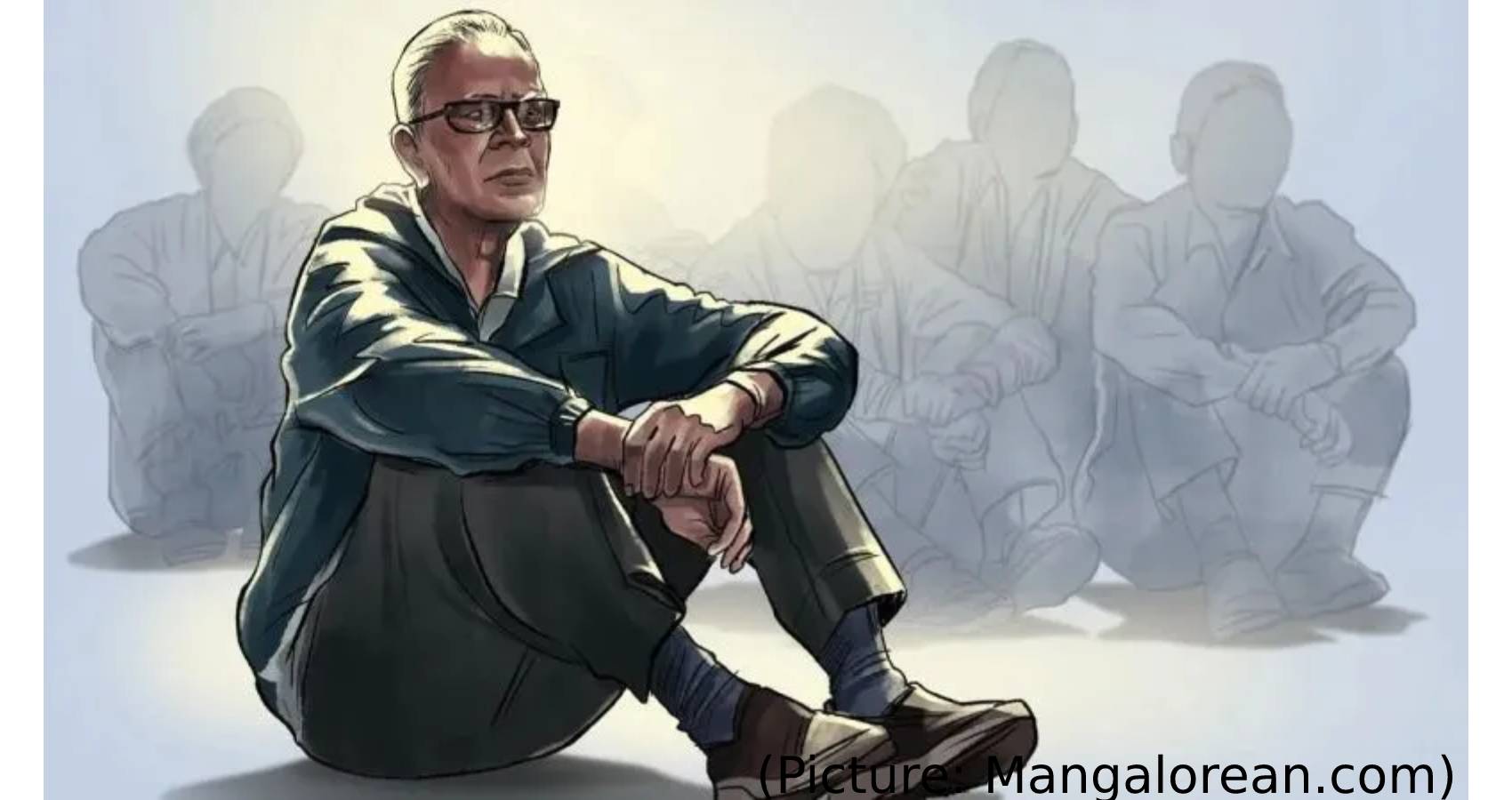 On July 5, you completed your pilgrimage on earth. A light has gone out of our lives and there is darkness everywhere. I am sure you will not want us to mourn your death. As we look back, we also celebrate your life of commitment, the rich legacy you have left us all. Our hearts are full as we say: “Thank you, dear Father Stan, you will live forever.” We cannot help but think of your incredibly committed and simple lifestyle. In fact, the media had a field day when authorities came to seize your possessions and found almost nothing.

As a young priest, you lived in an interior Adivasi (aboriginal) village, sharing a small room with one of the local families. You mastered the Ho language, studied the tribe’s culture and customs, ate their food and even sang and danced with them. You believed in youth, gave them a sense of identity and helped them to critically analyze what was happening to their tribal society. With their help, you also built your own residence, which was an open house to one and all. As an Adivasi rights activist, you worked on issues related to land, forest and labor rights, and for the protection, well-being and development of the local tribes.

The Adivasis and other excluded peoples, who had been consistently denied their legitimate rights, saw in you a person who left no stone unturned to champion their cause

You helped form the Persecuted Prisoners’ Solidarity Committee to gain justice for 3,000 tribal people illegally put in jail, expressing your dissent with official policies and laws, which you were convinced violated the Constitution of India. The Adivasis and other excluded peoples, who had been consistently denied their legitimate rights, saw in you a person who left no stone unturned to champion their cause. You did this unreservedly to the very end and taught us all the true meaning of solidarity — what it means to actually walk the talk. 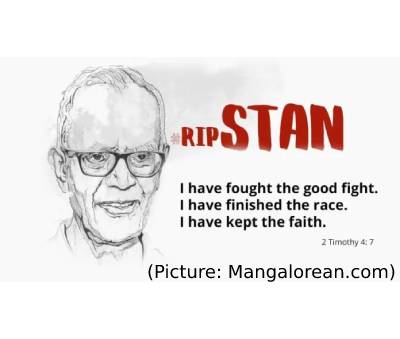 We listened to your heartfelt words shortly before your arrest on Oct. 8, 2020: “What is happening to me is not something unique — happening to me alone. It is a broader process that is taking place all over the country …  In a way I am happy to be part of this process. I am not a silent spectator, but part of the game, and ready to pay the price whatever be it.” On May 21, you told Bombay High Court about the sufferings you were undergoing in jail. It had been eight months since you were brought there with your body fully functional. You could have a bath by yourself and also do some writing.

But the dire conditions in jail brought you to a situation where you could neither write nor go for a walk by yourself or even eat. “I am not able to meet this demand. Eating has become a real difficulty; someone has to feed me with a spoon,” you said. You also highlighted how prisoners came to help each other in difficult circumstances and were profoundly touched by the help you received from your fellow inmates. You seemed to have an intuition of your impending death. You wanted to be given regular bail and to go back to Ranchi in Jharkhand, where you had spent decades in the midst of your people.

“I want to go to Ranchi to be with my friends … Whatever happens to me I would like to be with my own,” you said.If not that, you were very clear about wanting to continue to be in jail: “I would rather die here very shortly if things go on as it is.” Your death seems to have spurred the opposition parties of the country into action, demanding the president of India’s intervention to act against those responsible for foisting false cases on you and subjecting you to inhuman treatment in jail.

Ironically, the opposition parties could not come together earlier on several key issues that plague the nation. But then your death provided them at least a cosmetic unity to address a serious reality. It is now incumbent that all those jailed along with you in the BhimaKoregaon case and other politically motivated cases by misusing draconian anti-terror laws be released forthwith.

The powers that tried to put you away, to annihilate you, have failed miserably in their evil design

A statement from the United Nations’ High Commissioner Michelle Bachelet raised your case along with the “15 other human rights defenders associated with the same events,” urging the Indian government to release them from pre-trial detention. She also raised concerns over the use of a draconian law in relation to human rights defenders, reminding that it was “a law Father Stan was challenging before Indian courts days before he died.”

The US State Department through its Office of International Religious Freedom called “on all governments to respect the vital role of human rights activists in healthy democracies.”All this has obviously raised the hackles of those who illegally incarcerated you. They were afraid and insecure for what you stood for. They tried to do away with you, not realizing that your spirit will never die. The powers that tried to put you away, to annihilate you, have failed miserably in their evil design. They did not realise that doing away with you would spawn hundreds and thousands of Stan Swamys everywhere.

Since your death, there have been numerous programs all over the world: rallies and demonstrations, candlelight vigils and processions, memorial prayer meetings and Masses, webinars and articles. Leading dailies and magazines have you on their cover with powerful editorials and op-eds; social media has not stopped talking about you. In several ways you have galvanized people across the board to celebrate your life and mission; and to condemn the way you were made to die. The underlying refrain everywhere is “I am Stan”; no longer the hashtag #StandWithStan, it has gone way beyond.

As a prophet of our times, you epitomized compassion, courage and commitment

A new cohesive, vibrant national campaign is emerging and gaining momentum — The Joint National Action to Defend Democracy; Defend Right to Dissent. A day of action has been planned for July 23. Called “Justice for Father Stan Swamy,” it will lead up to a national action program from Aug. 15-28 with thousands from all over India expected to participate.

We demand the immediate revocation of India’s anti-terror legislation, the Unlawful Activities Prevention Act (UAPA); the unconditional release of the Bhima Koregaon 15 and all others illegally incarcerated under this draconian law; we demand prison reforms and better conditions for prisoners — all that you relentlessly worked and died for. Strangely enough, in a lecture on July 13, Supreme Court Justice D.Y. Chandrachud stated that “criminal law, including anti-terror legislation, should not be misused for quelling dissent or for harassment of citizens.”

Powerful words, a vindication of what you lived and died for; we need to see now what happens in practice. As a prophet of our times, you epitomized compassion, courage and commitment. You had the audacity to dare: to walk with the excluded and the exploited and to make their struggles your own. Today you are a martyr for justice and truth. The Adivasis and many others already regard you as a saint. But you have not died; you will continue to live in each one of us. Many more Stan Swamys will continue to rise until that day when your vision of a more humane, just, equitable, fraternal, free and dignified society becomes a reality for the poor and underprivileged, the excluded and the exploited of India.

(Father Cedric Prakash SJ is a human rights, reconciliation and peace activist and writer. The views expressed in this article are those of the author and do not necessarily reflect the official editorial position of TheUnn.com)