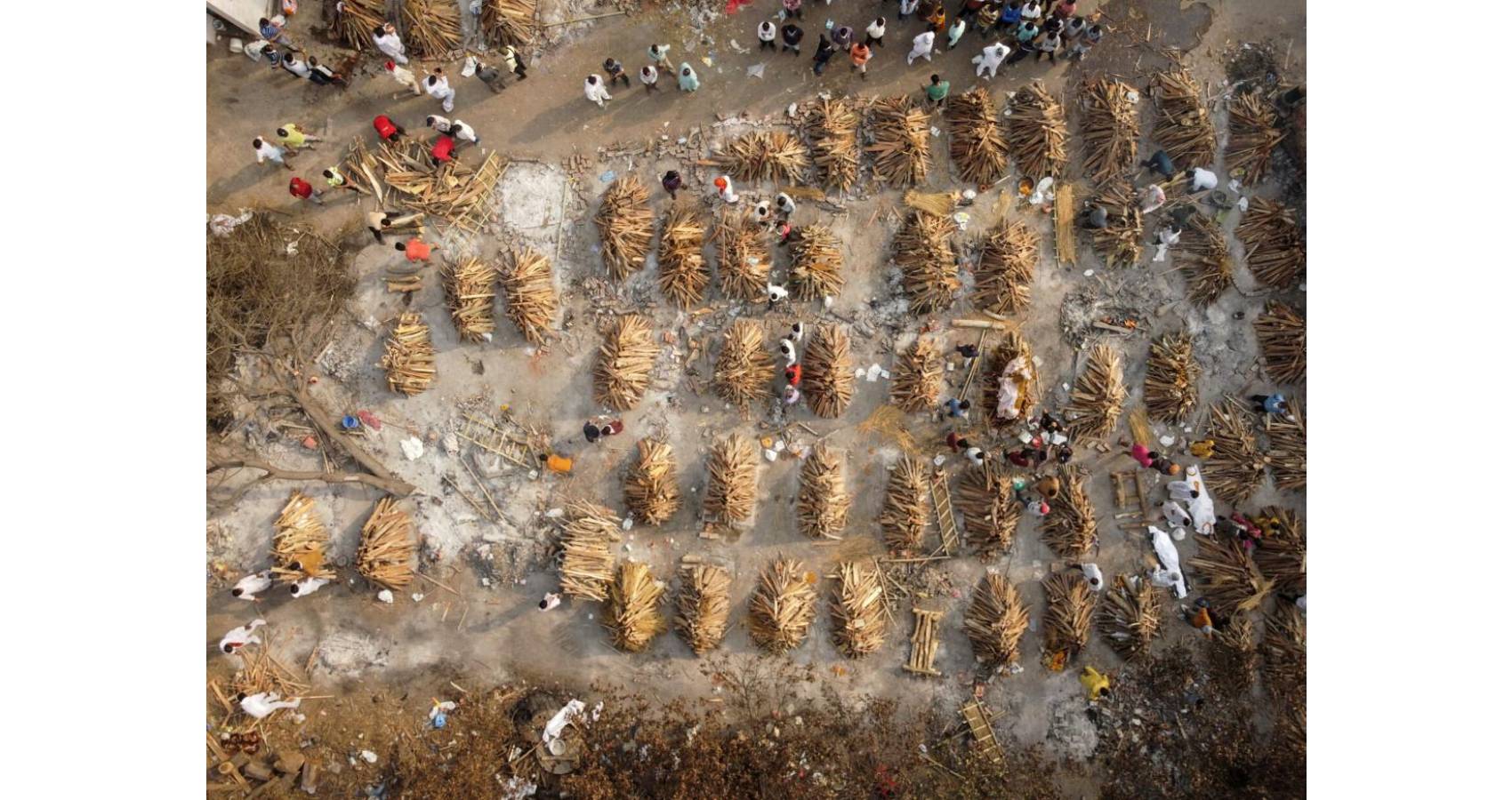 India’s actual death toll from covid-19 could range between 1.3 million to a staggering 5 million, with even the most conservative estimate putting its tally at more than double the U.S., the highest recorded in the world so far. The numbers, derived from research models and local authority data, range from three to 10 times the country’s official count, adding to evidence that the true cost of India’s outbreak has been massively under-reported. As corpses floated in the Ganges, a river sacred to millions of Hindus, and crematoriums and graveyards were overwhelmed, skepticism grew over the death toll of around 420,000 recorded by Prime Minister Narendra Modi’s government, which has used the ostensibly low mortality rate to defend India’s covid track record.

Bloomberg approached authorities in about half of India’s 28 states and territories seeking death data from April and May for the last two years and analyzed figures from researchers and experts. The result is clear: the real toll has been vastly underestimated because of a combination of under-counting, a backlog in the civil registration system and a lack of testing leading to covid deaths being classified as other conditions like heart disease. The findings dovetail with estimates from researchers around the world. Bhramar Mukherjee, a professor at the School of Public Health at the University of Michigan, has devoted much of the past year to modeling India’s pandemic. Her studies suggest the death toll is around 1.3 million up to June 15. 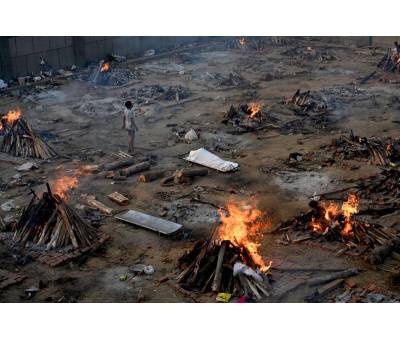 Rukmini S, a leading data journalist, has written that the numbers she’s gathered suggest a death toll closer to 2.5 million. A report from the Washington-based Center for Global Development think tank released Tuesday, July 20, 2021, studied data from three different sources, finding that excess deaths – a term public health experts use to describe mortality from all causes during a crisis that is above what would have been expected in ‘normal’ conditions – likely ranged between 3.4 million to 4.9 million.

“Regardless of source and estimate, actual deaths during the covid pandemic are likely to have been an order of magnitude greater than the official count,” said the report, co-authored by Arvind Subramanian, former chief economic adviser to the Indian government and two other researchers. “True deaths are likely to be in the several millions, not hundreds of thousands, making this arguably India’s worst human tragedy since partition and independence.”

The federal Health Ministry in a July 14 press release called media reports on higher covid death counts “speculative.” India’s Health Minister Mansukh Mandaviya told Parliament Tuesday that “detailed guidelines for reporting of deaths have been issued by Union Health Ministry to all states and union territories.” The ministry did not respond to written questions from Bloomberg – instead it released a statement Thursday, July 22, saying reports of higher death tolls were misleading. “Given the robust and statute based death registration system in India, while some cases could go undetected as per the principles of infectious disease and its management, missing out on the deaths is unlikely,” it said.

Despite widespread reporting on oxygen shortages across India as the second wave of infections hit the country in April and May, the minister added that “no deaths due to lack of oxygen has been specifically reported” by local governments. The states of Tamil Nadu, Karnataka, Kerala and Odisha combined have close to 300,000 excess deaths in the six months to June, according to all-cause mortality numbers analyzed by Bloomberg – more than 5.5 times their official covid death data of about 53,000. That already represents three-quarters of India’s official toll, though they are just four among 28 states and territories and 17% of the nation’s 1.4 billion people.

State government officials say in most cases that people who had not been tested or had tested negative – but showed coronavirus symptoms – were not counted in the official toll. In rural areas, many people went untested, untreated and ultimately uncounted, contrary to federal government guidelines. At least six states did not respond to requests for all-cause death data. The figures paint a very different picture to the narrative presented by Modi, who has said that India handled the outbreak better than any other country, pointing to its low mortality rate as evidence. Modi’s popularity has fallen as the country’s health infrastructure almost collapsed: his government’s approval ratings dropped from 75% in 2019 to 51% this year, according to polling company LocalCircles’s survey released May 29. While under-reporting of covid fatalities is a global phenomenon, the problem is aggravated in India because deaths were already poorly counted before the pandemic. Only 92% of all deaths are registered and only a fifth of those are properly medically certified.

“Not capturing a death is dishonor to a life,” said Mukherjee. “Without relating the deaths and hospitalizations to vaccine and variant data, we will never be able to grasp the effectiveness of vaccines or clinical lethality of the variant.” Historically India has published ‘all-cause’ mortality data every two years, Rukmini said, but noted that she and other reporters have recently accessed this data via local sources. It is “available and should be made public. We don’t need to wait for two years.”

Across some of India’s most populous states, local reporters and non-governmental organizations have pieced together a more accurate picture of the pandemic. The eastern state of Bihar saw nearly 75,000 unexplained deaths in the first five months of 2021, most during the deadly second wave of the pandemic. That represents almost 10 times the state’s official covid death figure, the news channel NDTV reported. “In Madhya Pradesh, the state bulletin gives one figure, while the district bulletin gives an entirely different number, while crematoriums are telling a different story,” said Amulya Nidhi, the national co-convener of Jan SwasthyaAbhiyan or People’s Health Movement. His organization’s data shows that in April and May, about 14,695 people lost their lives to covid-19 in 20 of the state’s 51 districts, while the official figure is only 2,425.

From January to May this year, Andhra Pradesh excess deaths may have jumped as much as 34 times, the Hindu reported, citing civil registration data. Unaccounted deaths also have been reported from Rajasthan and Chhattisgarh. Even the capital New Delhi and financial hub Mumbai, where record-keeping is generally better, have large unexplained death numbers. In May and June, some states including Bihar and Maharashtra reconciled their death data, pushing the country’s cumulative mortality toll up.

Not all ‘excess deaths’ have to be covid-19 deaths, but most of them likely are because they occurred during the virus surge, said ChinmayTumbe, assistant professor at the Indian Institute of Management in Ahmedabad and author of the book ‘The Age of Pandemics (1817-1920): How they shaped India and the World.’ “The problem of course is that the government is going to maintain that we have a great reporting system,” Tumbe said. “I’m afraid that what the data shows is that’s clearly not true.”