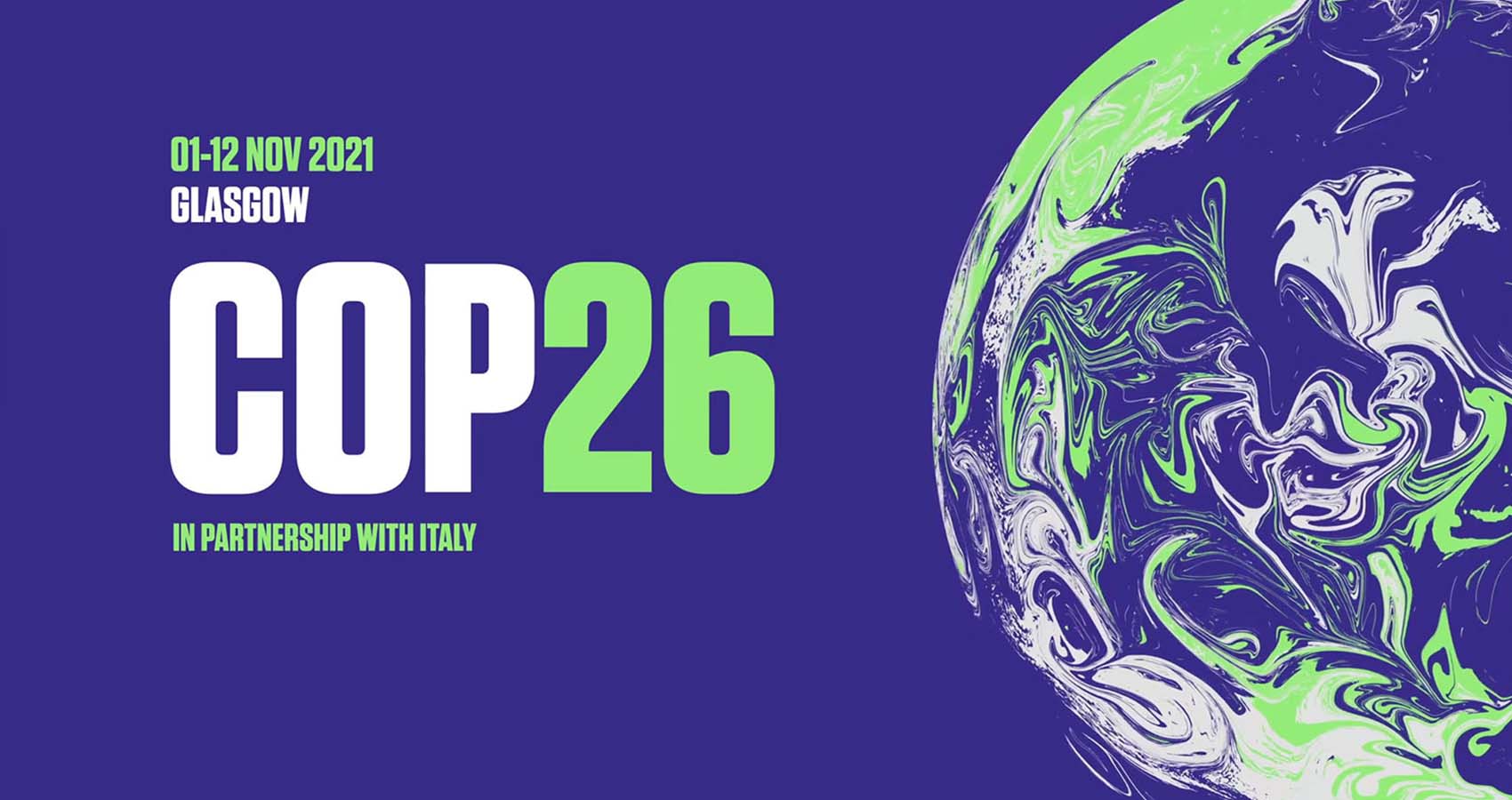 A week has gone by since COP 26 with 197 Parties ended in the Scottish city of Glasgow on extended time last Saturday. Climate change which covers wide array of issues affecting all living beings engaged the people around the world for COP 26 in a way never experienced since COP1 was held in Berlin in 1995.

Extensive and round-the-clock media coverage, huge presence of the civil society, activism by the young people, substantive advocacy by large number of non-governmental organizations, even the creatively decorated conference venue – all gave COP 26 a profile never seen before.

Before Glasgow, 25 annually convened sessions of COPs have been held by Parties to the UN Framework Convention on Climate Change (UNFCCC) adopted in New York in May 1992 which “determined to protect the climate system for present and future generations”. But never in the history of COPs there was an occasion when the Parties publicly negotiated to change the outcome document which was televised around the world as in the Glasgow COP.

As is natural for such multilateral gatherings, reactions to the question whether COP 26 was successful were different from the Parties and other entities engaged in the process. Efforts to gloss over following COP 26 left the common people uncertain and unsure whether there was really any forward movement in Glasgow.

What was somewhat intriguing that speaking for the United Nations system as a whole, the Secretary-General expressed his disappointment about the compromise reached in the outcome commenting “…unfortunately the collective political will was not enough to overcome some deep contradictions.” 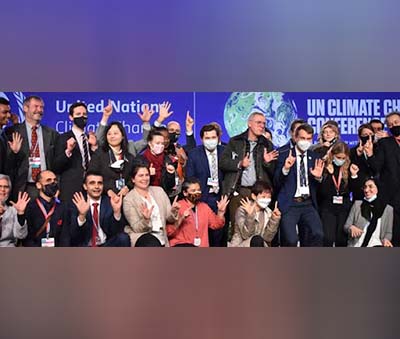 He even warned “It is time to go into emergency mode — or our chance of reaching net zero will itself be zero.” At the same time, Secretary-General’s rather confusing, ill-composed comment in his remarks at the conclusion of COP 26 that “We are still knocking on the door of climate catastrophe” left many wondering what he was trying to convey.

Even more intriguing is that where was his leadership as the universally accepted global leader in getting rid of those contradictions he was complaining about.? On the other hand, the Executive Secretary entrusted with the responsibility of organizing COPs was upbeat about the outcome and may be reflecting another contradiction in Glasgow. COP 26 also invited the UN Secretary-General to convene world leaders in 2023 to consider ambition to 2030 dangling the traditional carrot of expectation to the people of the world.

Let me bring out a very uniquely remarkable thing that happened in COP 26 as its UK-appointed full-time President Alok Sharma openly and visibly choked back tears saying “I am deeply sorry” as he banged his gavel for the adoption of the Glasgow Climate Pact.

His emotions and true feelings came out spontaneously as he was considerably upset by the proposal of India, joined by China, to change the expression “phase out” relating to coal consumption as agreed to by all till the moment of adoption.

India replaced that phrase with “phase down” thereby watering down the consensus intent of the Parties at COP 26. President Sharma expressed his apologies for the way things evolved in changing the agreed COP 26 outcome negotiated under his leadership and which he was about to gavel down. In my half a century of engagement in multilateral diplomacy,

I am not aware of any conference chair apologizing ever for his inability to protect the best interest of the participants in the outcome. Bravo to Alok Sharma for that honesty and integrity! He has shown the way to all future chairs that they can openly and courageously pronounce their failure identifying those who are dragging their feet destroying a forward-looking outcome.

It was also impressive the way President Sharma asserted the reality with his pithy comment that we have kept 1.5 Celsius alive “but its pulse is weak”.

The insensitivity of the Parties and their self-centered policy positions were starkly manifested in the decision relating to a major issue known as “Loss and Damage”. Not much media highlight was given to this very relevant item on COP 26 agenda. Even the UN’s Climate Change website does include in its list of topics.

I am sure many readers are picking their brains trying to recall the issue. “Loss and damage” is used within the COP process to refer to the harms caused by anthropogenic climate change. Establishing liability and compensation for loss and damage has been a long-standing goal for vulnerable and developing countries in the Alliance of Small Island States and the Least Developed Countries Group in negotiations.

The existing UNFCCC mechanism created by COP 19, the Warsaw International Mechanism for Loss and Damage, focuses on research and dialogue rather than liability or compensation.
Tasneem Essop, Executive Director, Climate Action Network succinctly described COP 26 as “a clear betrayal by rich nations – the US, the EU and the UK- of vulnerable communities in poor countries.”

She went on to say that by blocking the proposal of the developing countries representing 6 billion people, on the creation of a Glasgow Loss and Damage Finance Facility “rich countries have once again demonstrated their complete lack of solidarity and responsibility to protect those facing the worst of the climate impacts.

Referring to close-door pressure tactics, Saleemul Huq, Director, International Centre for Climate Change and Development (ICCCAD) regretted that “The COP Presidency has overnight been bullied into dropping the Glasgow Loss and Damage Finance Facility. The UK’s words to the vulnerable countries have been proven to be totally unreliable.”

Natalie Lucas, Executive Director, Care About Climate very forcefully spoke about the loss and damage issue and expressed total disappointment commenting that “Developed nations, including the US, have not risen to the challenge to do what is necessary to protect people. We have missed the train on mitigation, on adaptation, and now it is colliding into the most vulnerable people.”

At the end the Glasgow Climate Pact pitifully agreed “to enhance understanding of how approaches to averting, minimizing and addressing loss and damage can be improved”. It clearly reflects how the “powerful” of the world impose their totally irrelevant and illogical position on the poorest and most vulnerable humanity.

About the Glasgow outcome, globally respected eminent economist Jeffrey Sachs rightly opined “That leaves us stuck between the reality of a devastating global climate crisis and rich countries’ nationalist politics…” He articulated further that “The financial failures at COP26 are both tragic and absurd … Financing for “losses and damages,” that is, to recover and rebuild from climate disasters, fared even worse, with rich countries agreeing only to hold a “dialogue” on the issue.”

Kowtowing to the obstinacy of the developed countries, UN Secretary-General insensitively tried to console the developing world by his non-committal words saying “I want to make a particular appeal for our future work in relation to adaptation and the issue of loss and damage.”

He was oblivious that the Climate Change Convention of 1992 of which he is the depository asserts that “The extent to which developing country Parties will effectively implement their commitments under the Convention will depend on the effective implementation by developed country Parties of their commitments under the Convention related to financial resources and transfer of technology and will take fully into account that economic and social development and poverty eradication are the first and overriding priorities of the developing country Parties.”

At Glasgow, the civil society engagement and advocacy for forward-looking actions fell on deaf ears of the leaders and negotiators. The civil society was separated from the so-called Blue Zone at the conference center where the wheeling-dealing was taking place.

If the civil society seriously wants a space to be heard and make an impact on the outcome of COP processes, it should ask for that opportunity clearly offered to them in all future climate negotiations. Protesting outside and commenting on the social media have limited value in influencing the decision-makers.

Even Greta Thunberg’s disparaging slogan “blah, blah, blah …” was laughed away by the leaders. COP 26 outcome proves that in a terribly frustrating manner. For COP 27 next year, the mode of operations for the civil society participation needs to change.

American climate scientist and author Peter Kalmus articulated that “The one thing the climate summit in Glasgow made clear is that human society remains in business-as-usual mode, with no meaningful curb on fossil fuel use. The soft pledges made at COP 26 might have been acceptable decades ago, but not now.”

He went on to highlight that “Unless COP26’s failure is recognized as failure, there is no way to learn from it. Allowing global leaders to feel that what happened in Glasgow was acceptable – and spinning it as some sort of success – would be a disastrous mistake.”

The whole COP process is flawed if the powerful Parties can brush aside the wishes of countries representing a huge majority of the world population just like that. Developing countries need to join together to stop this circus and find another approach.

“Phase down” – the new mantra

There has been strong criticism of the last-minute and veto-like proposal to replace “Phase out” by “Phase down” at the final moments of the Glasgow gathering. But “phase down” has always been the position of the worst and historically responsible polluters of the world who would prefer to follow their own pace for addressing the climate crisis.

Be it emissions control, be it fossil fuels, be it financing, be it adaptation, be it mitigation, be it loss and damage, be it transfer of technology, “phase down” mode has always been the preferred way of doing business by the developed world. India has only taken a dubious lead in actually introducing the phrase in a formal COP outcome.

The global community would find more and more such instances as the climate change negotiations evolves in the coming years. “Phase down” is the new mantra of the climate change negotiators. Be prepared for that. Sorry!  (Ambassador Anwarul K. Chowdhury is former Permanent Representative of Bangladesh to the United Nations and former Under-Secretary-General and High Representative of the United Nations.)