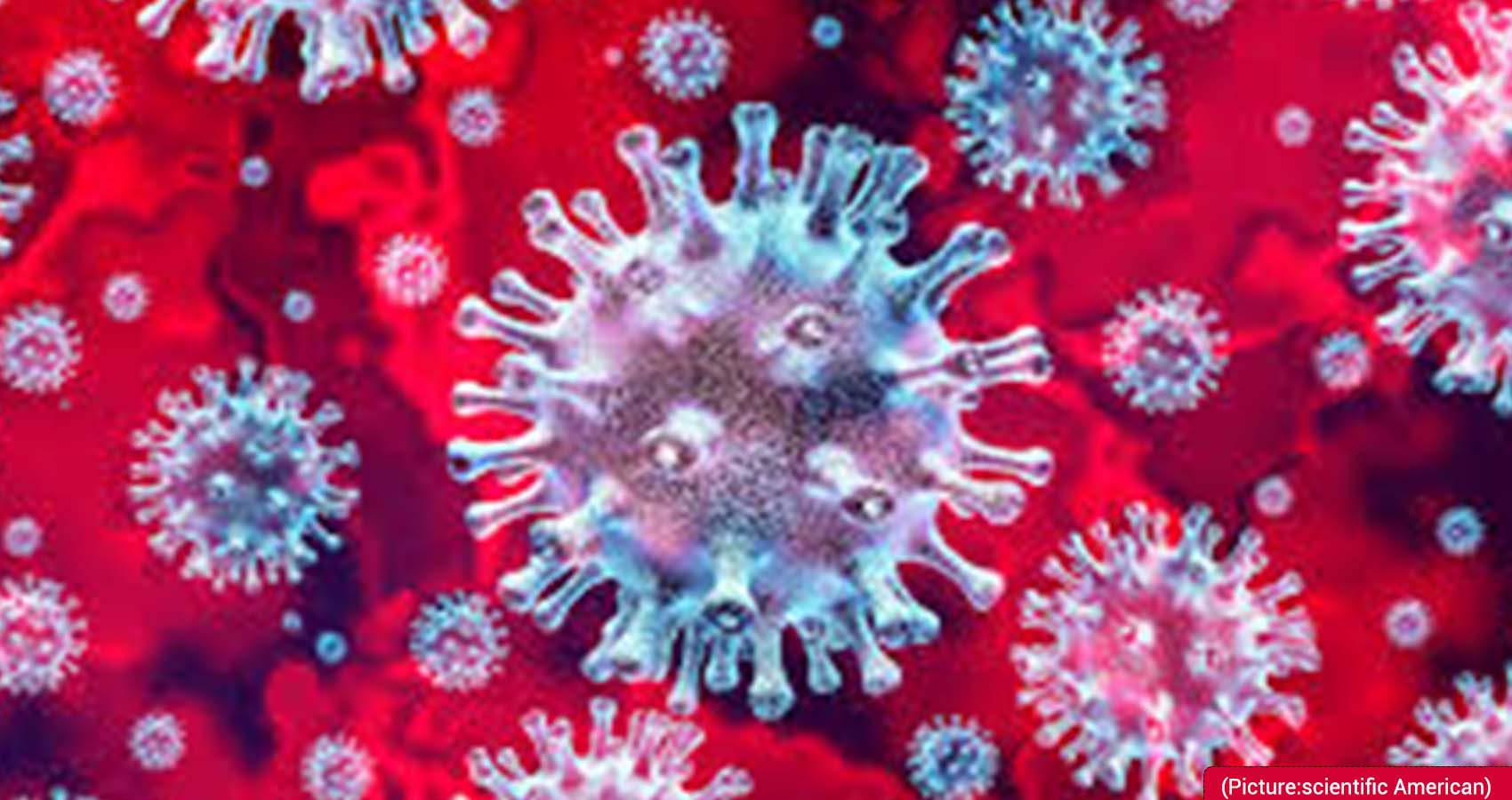 For at least the third time in the past two years, Connecticut finds itself moving past a devastating COVID-19 surge and hoping its coronavirus nightmare may finally be reaching an end.

But just like the previous two times, experts say there’s cause for encouragement — and also reasons to hold off on the victory parade.

First, the good news: The state’s test positivity rate has dipped dramatically in recent weeks, and its rate of new cases is the lowest it has been in more than a month. The number of patients hospitalized with COVID-19 in Connecticut has declined steadily as well, easing the burden on health care institutions.

Experts say there’s no obvious reason those promising trends won’t continue in the near future. Pedro Mendes, a computational biologist at UConn Health, said Friday that his models project Connecticut will be down to 530 COVID-19 hospitalizations by Feb. 19 — less than half the current total.

Now the question is, what comes next? Will recent trends continue? Will summer in Connecticut be free of COVID-19? Are further surges on the way? What role might a new variant play?

Experts note that Connecticut continues to see high levels of COVID-19 cases and hospitalizations and caution against easing precautions too soon. They also warn that a new strain could disrupt all progress at any time, just as delta and omicron have done previously.

“The obvious question people are asking is, ‘Can I make plans for this summer?’” Dr. Peter Hotez, a Hartford native, Baylor University professor and vaccine scientist, said. “And I think the answer is, yes you can, but be prepared that nature could throw us a curveball and bring us a new variant.” 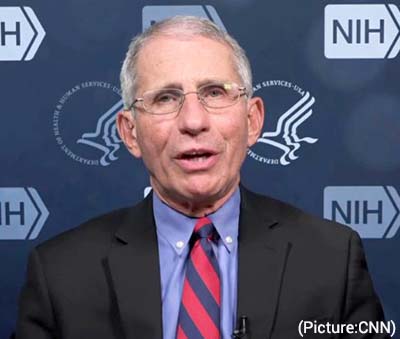 Each of the past two summers, Connecticut has experienced dramatic drops in COVID-19 transmission, permitting major steps toward pre-pandemic normalcy for many residents. Early last summer — before the delta variant caused a moderate spike — the state’s positivity rate fell below 0.5%, leaving as few as 25 patients hospitalized statewide in early July.

This experience has led some experts to believe COVID-19 waves are largely seasonal, with the Northeast experiencing surges when the weather is coldest and residents are spending time together indoors — followed by dips in transmission when the weather is warmest and people can socialize outside.

“We saw COVID really plummet this summer, so I don’t see a reason that wouldn’t happen again,” Roberts said. “I am predicting that things will continue to improve, if not reach this low-level steady state of infection and hopefully only continue to get better as warmer months come about.”

Dr. David Banach, hospital epidemiologist at UConn Health, noted that most respiratory viruses, including many other coronaviruses, recede in the summer before returning each winter.

“I think there’s reason to be optimistic that we’ll see that low level of transmission during the summer months,” Banach said. “Based on what we know about the virus spread here in the Northeast, there is still reasonable expectation that the community level rates in the summer will likely be low, barring any surprises like new variants that may pop up.”

Of course, summer isn’t here yet.

As of Thursday, Connecticut was still averaging more than 3,7000 COVID-19 cases a day, more than at almost any time last year.

“We have to be careful not to be overly optimistic,” Hotez said, on a call organized by Hartford HealthCare. “Because we have seen situation where it starts to go down very quickly and then people assume we’re out of it and then it gets stuck halfway down and plateaus for a while.”

“The obvious question people are asking is, ‘Can I make plans for this summer?’ And I think the answer is, yes you can, but be prepared that nature could throw us a curveball and bring us a new variant.”

After two years of pandemic, many Americans are looking for a sign that things are OK again, that COVID-19 is no longer an acute concern. When can they stop wearing masks in public? When can they safely gather in large groups?

In Banach’s view, that point won’t arrive all at once but will instead play out incrementally over several months.

“It’ll be a gradual transition. I don’t think it’ll be an on-and-off switch,” Banach said.

“As rates start to get lower, people in the community will have increasing comfort with gathering in small groups, potentially without masks, and that’ll be a more gradual process,” he said.

Given the degree to which the delta and omicron variants have managed to evade vaccine-induced immunity, experts say it’s highly unlikely that the state, the nation or the world can stamp out COVID-19 entirely.

The new best-case scenario, they say, is that COVID-19 shifts from its pandemic stage to an endemic stage, meaning it remains present but at levels that can be more easily controlled.

“For instance, with the flu, we know that there are going to be … waves of flu activity, we know generally when they’re going to occur, and we can prepare for them accordingly and react when we start to see them.”

Crucially, endemic doesn’t mean harmless. Malaria and tuberculosis, for example, are endemic diseases that nonetheless cause hundreds of thousands of deaths each year worldwide. But when a disease is endemic, there is less likelihood of a devastating surge that strains hospitals and necessitates dramatic control measures.

“Endemic may still mean seeing waves in which a substantial number of cases occur,” Banach said. “The key is to be able to predict when that is going to happen and respond in a way that is going to decrease the impact without causing the level of disruption to society that we’ve seen.”

Just as the flu kills tens of thousands of Americans — and hundreds of Connecticut residents — most winters, COVID-19 will likely cause some level of sickness and death even once the pandemic officially ends.

“We see that surge every winter with a lot of the respiratory diseases,” said Dr. Ulysses Wu, chief epidemiologist at Hartford HealthCare. “We still worry about everything that happens when [a disease] is endemic.”

Of course, Connecticut hasn’t yet reached the endemic stage. For now, the pandemic continues to smolder, one new variant away from igniting again.

All optimism about the coming months of the pandemic come with a notable caveat: A new strain can change Connecticut’s outlook at barely a moment’s notice. It happened last summer with the delta variant and again this winter with the omicron variant.

Experts say the next prominent strain could be less severe than omicron, potentially helping to facilitate the endemic stage, but that it could also be more severe.

“There’s always the outstanding question of, ‘What’s the next variant around the corner?’” Roberts said.

Hotez, who has become a go-to national voice on COVID-19 over the past two years, said he thinks some in the medical community are overly optimistic about the coming months of the pandemic and are failing to account for the possibility of a new, highly threatening variant.

Though Hotez said he’s not overly concerned about the new omicron subvariant, BA.2, recently detected in Connecticut, he warned that more strains could be on the way, particularly if vaccination rates were to remain low across large segments of the global population.

“Mother Nature is pretty much telling us what she has in store for us,” Hotez said. “As long as we refuse to vaccinate the Global South, meaning the world’s low and middle-income countries …. she’s going to continue to hurl variants of concern at us.”

And so most experts aren’t ready to make assurances about the coming year. Maybe the omicron wave will prove to have been Connecticut’s last and the state will have a manageable time ahead — or maybe another variant will prolong the pandemic even further.

“I don’t know that we really have a lot of evidence to know what the next variant of concern might be,” Hotez said. “In some ways we got lucky: Can you imagine if omicron … was causing as severe illness as delta? As bad as things are, it could be much worse.”