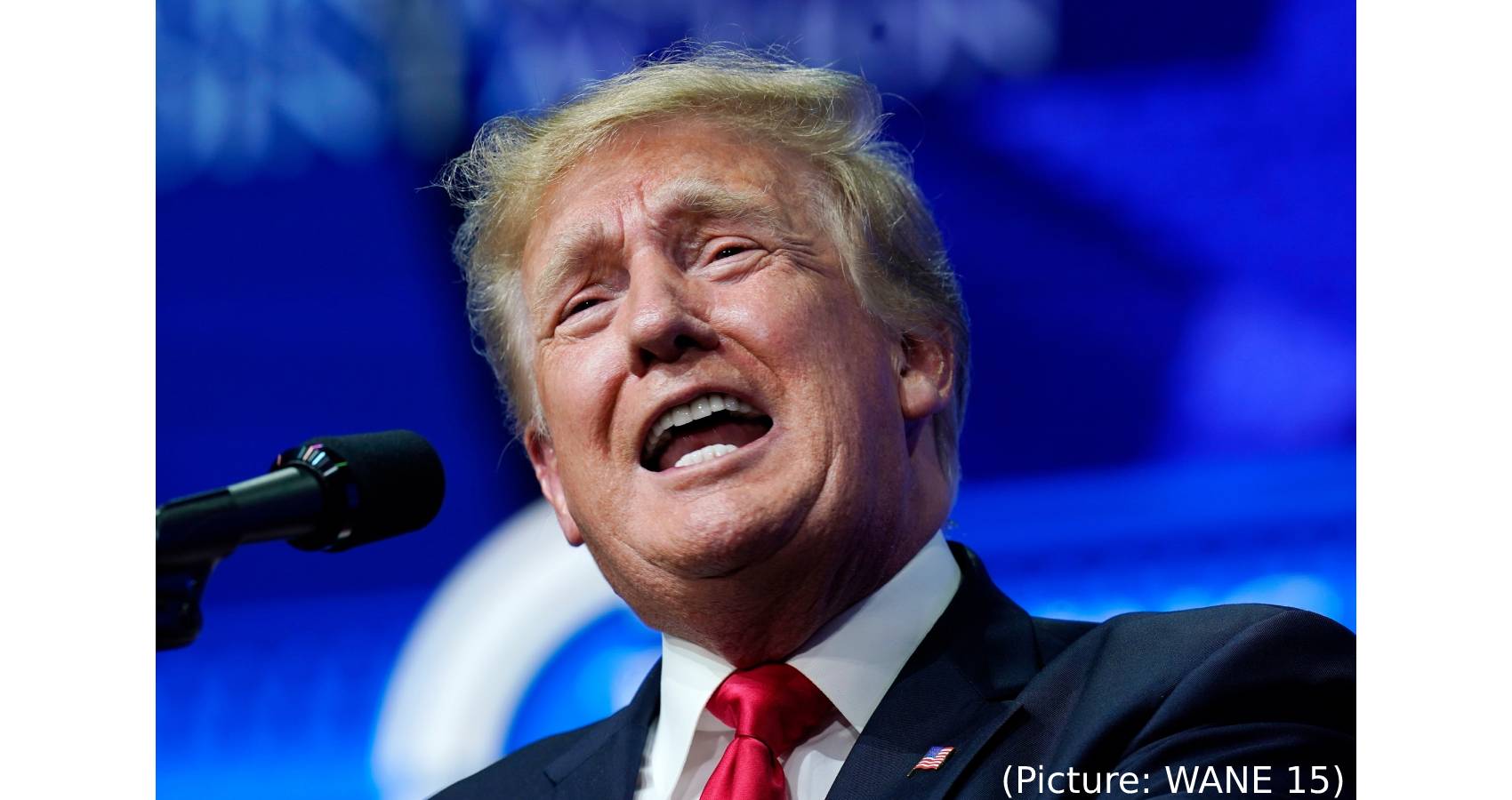 Most Republicans want former President Donald Trump to have at least some influence over their party’s direction even as many who side with the GOP say they are uneasy about its future. A new poll from The Associated Press-NORC Center for Public Affairs Research captures widespread unease among Republicans over everything from the direction of the country to the state of American democracy and, in particular, President Joe Biden. Just 15% approve of the way Biden is handling his job, and 66% continue to say the Democrat was illegitimately elected, a lie perpetuated by Trump that underscores his persistent grip on GOP voters.

Republicans have plenty of concern about their own party, too. Fewer than half of Republicans, 41%, say they are optimistic about the GOP’s future. Just 13% say they are “very” optimistic. And one third, 33%, say they are pessimistic. Just a few seats shy of majorities in the House and the Senate, Republican leaders hope they are within striking distance of retaking control of Congress in next year’s midterm elections. But the findings about the party’s lukewarm optimism could be an early warning sign of lagging enthusiasm among Republican voters, particularly without Trump on the ballot after he helped lift congressional candidates in 2020.

That’s despite the fact history has shown the president’s party almost always loses seats in the midterm elections and despite the general enthusiasm about the party’s long list of potential 2024 candidates. Some Republicans in especially competitive states said they are increasingly disillusioned with the political process. “It’s frustrating,” said Dennis Herzog, 36, a contractor who lives in Reedsville, Wisconsin, of the constant bickering between the parties. While he describes himself as a staunch Republican, he said he’s disenchanted by “the whole system in general.” “It’s nonstop,” he said. “I don’t care who is in office. Just do what’s right for the people and stop picking certain sides.”

Republican leaders have spent much of this year trying to rile up voters, pointing to concerns about inflation and stoking culture wars over issues including immigration, election conspiracy theories and critical race theory, an academic framework that examines history through the lens of racism.  That’s doing little to appeal to people like 28-year-old Nicholas Blethrow, a Republican who lives in Orange County, California, and described the state of his party as “pretty much a disaster.” Blethrow, who did not vote for Trump in 2016 or 2020, said he was frustrated by his party’s ongoing efforts to overturn the results of the 2020 election, which he calls “ridiculous,” along with some of its members’ opposition to COVID-19 vaccinations and continued embrace of the former president. “Clearly there’s a lot of people that enjoy him. But I don’t think it’s good,” he said.

Other Republicans disagree. The poll shows that Trump remains a commanding figure in the party. While most former presidents tend to cede the spotlight after leaving office, Trump has continued to assert his power, holding rallies, making endorsements and teasing a 2024 comeback run. While 60% of the public overall has an unfavorable view of Trump, 76% of Republicans view him favorably. And most would like to see him maintain at least some degree of influence over the GOP going forward.

Nearly half of Republicans, 47%, say that Trump should exert “a lot” of influence over the future of the party, and another 34% say he should have “a little” influence. Just 18% say Trump should have none at all. “I think he did a lot of good for the party,” said George Hunter, 61, who lives in Washington state outside Seattle and runs an online store. Hunter was among the minority of Republicans who said he felt optimistic about the party’s future given what he sees as Democrats’ failures on crime, foreign policy and the economy and his expectation that Republicans will sweep contests next November. “After the next election, I think things will be better. I think the Democrats will lose their majorities. That way Biden will get less done than he wants,” he said.

For Herzog, who describes the current political situation as “quite the mess,” pessimism is driven, in part, by concerns about the economy, especially inflation, and the rising cost of his supplies. He said he knows of businesses that are talking about closing their doors because they can’t find workers and he doesn’t understand why the government keeps sending out additional relief payments. But he’d also like to see his party embark on a new direction. “I think there needs to be a switch in the Republican Party,” he said. “There’s got to be a happy medium between the old schoolers,” he said, and a new generation. “You have to find some middle ground.”

As for the 2020 election, the poll shows that 62% of Republicans say it’s “extremely” or “very” important that investigations into the election continue, even though no substantiated evidence has emerged to support Trump’s claims of mass election fraud, which have been dismissed by numerous judges, including some he appointed, state election officials and his own attorney general. Just 38%, in contrast, say it’s “extremely” or “very” important to continue investigations into the events of Jan. 6, when a group of Trump’s supporters violently stormed the Capitol building, trying to halt the transition of power.

Like Democrats, few Republicans, only 10%, say democracy is working “extremely” or “very” well in the country today. But Republicans are more negative than Democrats; 63% of Republicans say democracy is not working well. Just 17% say they think the nation is headed in the right direction. As for other Republican leaders, Senate Minority Leader Mitch McConnell faces mixed reviews from his party, viewed favorably by only about 4 in 10 Republicans; roughly as many dislike him. House Minority Leader Kevin McCarthy is more popular than not with Republicans, though about half say they don’t know enough about him to form an opinion.

Rep. Liz Cheney, R-Wyo., who voted for Trump’s second impeachment and has since emerged as one of his top Republican critics, has the inauspicious distinction of being rated favorably by more Democrats than Republicans, 47% versus 21%. Rep. Marjorie Taylor Greene, R-Ga., who has drawn headlines with her incendiary comments and conspiracy peddling, remains largely an unknown, even within her own party. While 29% of Republicans have a favorable opinion, 48% say they don’t know enough about her to say.