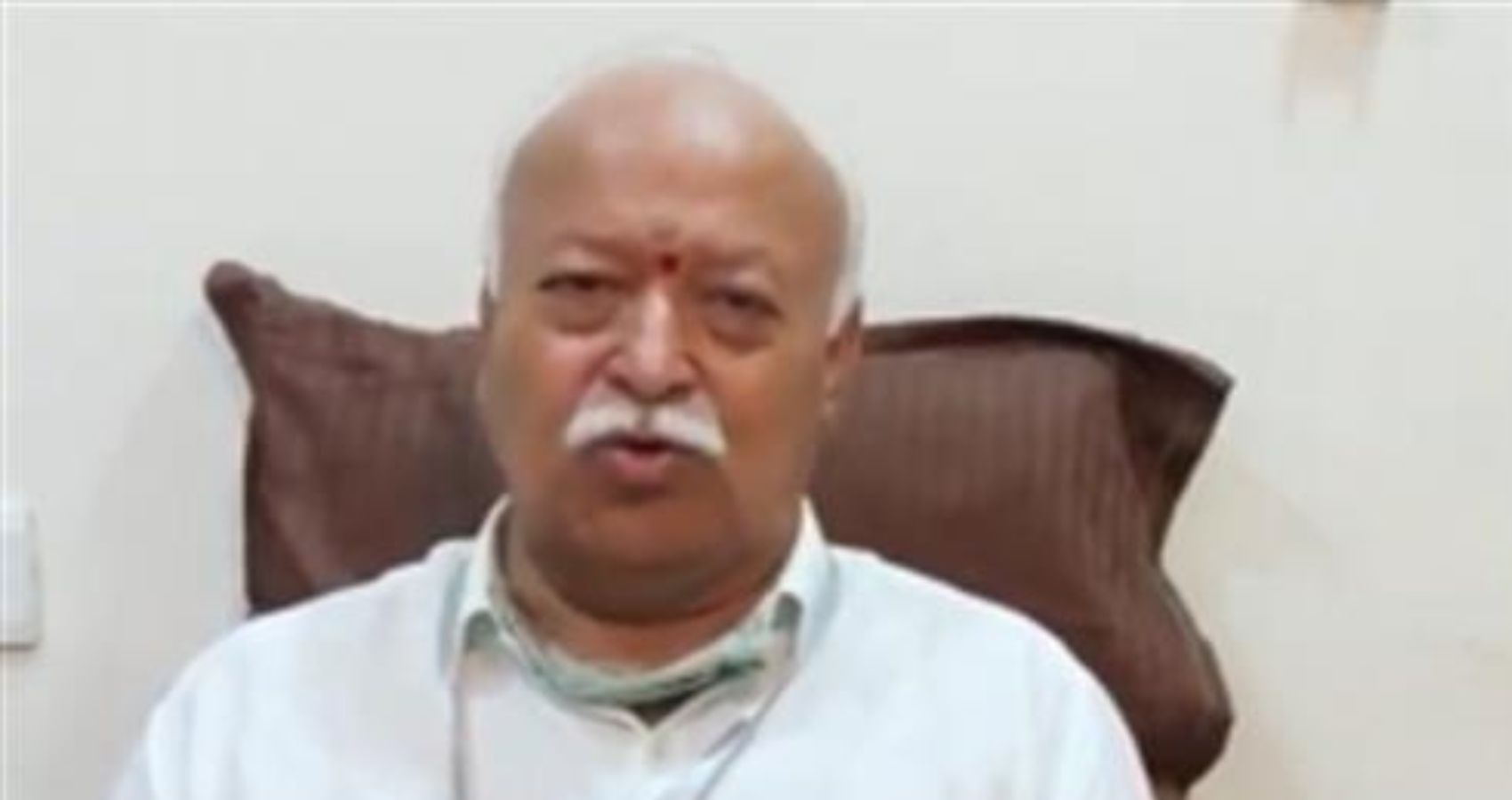 All people living in India are Hindus in terms of identity, said Rashtriya Swayamsevak Sangh (RSS) chief Mohan Bhagwat on Wednesday, September 21st explaining his organization’s philosophy. Elaborating the RSS’ philosophy, Bhagwat said that Hinduism is not a religion but a way of life.

Bhagwat was speaking on the third day of his lecture series in Delhi when he explained the RSS’s views on Hinduism, education and caste. “It’s Indian culture and Hindutva which believe in working with other schools of thought. All people living in India are Hindu in terms of identity and nationality,” Bhagwat said.

“Hinduism is a wrong word—“ism” is a closed concept. Hindutva, Hinduness is not any “ism” but a dynamic process. Gandhi ji has said the endless search for truth is called Hindutva. S Radhakrishnan has said Hindutva is a continuous process,” Bhagwat was quoted by the RSS’s Twitter handle as saying.

“We think everyone must abide by the Constitution…The RSS has never gone against the Constitution. (Sure), The words secular and socialist were added later, but now they are there,” he said.

Bhagwat said the concept of a Hindu Rashtra or Hindu nation does not rest on segregation or rejection of any community or faith. “Hindu Rashtra doesn’t mean there’s no place for Muslims. The day it becomes so, it won’t be Hindutva. Hindutva talks about one world family,” Bhagwat said. The RSS is the ideological parent of the Bharatiya Janata Party (BJP).

Addressing a gathering in Shillong, the RSS chief said all are Hindus as all Indians are the inhabitants of Hindustan, which, he said is in the south of the Himalayas, north of Indian Ocean, on the bank of the Indus River. “The habitants of this area are traditionally called Hindus. This is also called Bharat,” said Bhagwat, who arrived here on Saturday on a two-day visit.

He said that even before the Mughals who have spread Islam and the British rulers who spread Christianity, Hindus were already in existence. Highlighting the ideology of RSS, Bhagwat said the term ‘Hindu’ covers all those who are the sons of ‘Bharat Mata’, descendants of Indian ancestors and who live in accordance with Indian culture.

Ruling out the fear of religious conversion, the RSS supremo said to become Hindu one does not have to change since everyone here is Hindu. “India is not a country with a western concept. It has been a cultural country since time immemorial; in fact, it is such a country, which has taught the world the lesson of humanity.”

Since Saturday, he has attended a series of events, including the meeting of RSS functionaries and workers across the hill state. Several BJP leaders, members of Hindu organisations attended the events organised by the Meghalaya unit of RSS.

Bhagwat’s visit to Meghalaya — a Christian majority state, assumes significance as Assembly elections are scheduled to be held there in February next year. Elaborate security arrangements were made in the state in view of the visit of Bhagwat, who has a ‘Z Plus’ security cover. (IANS)