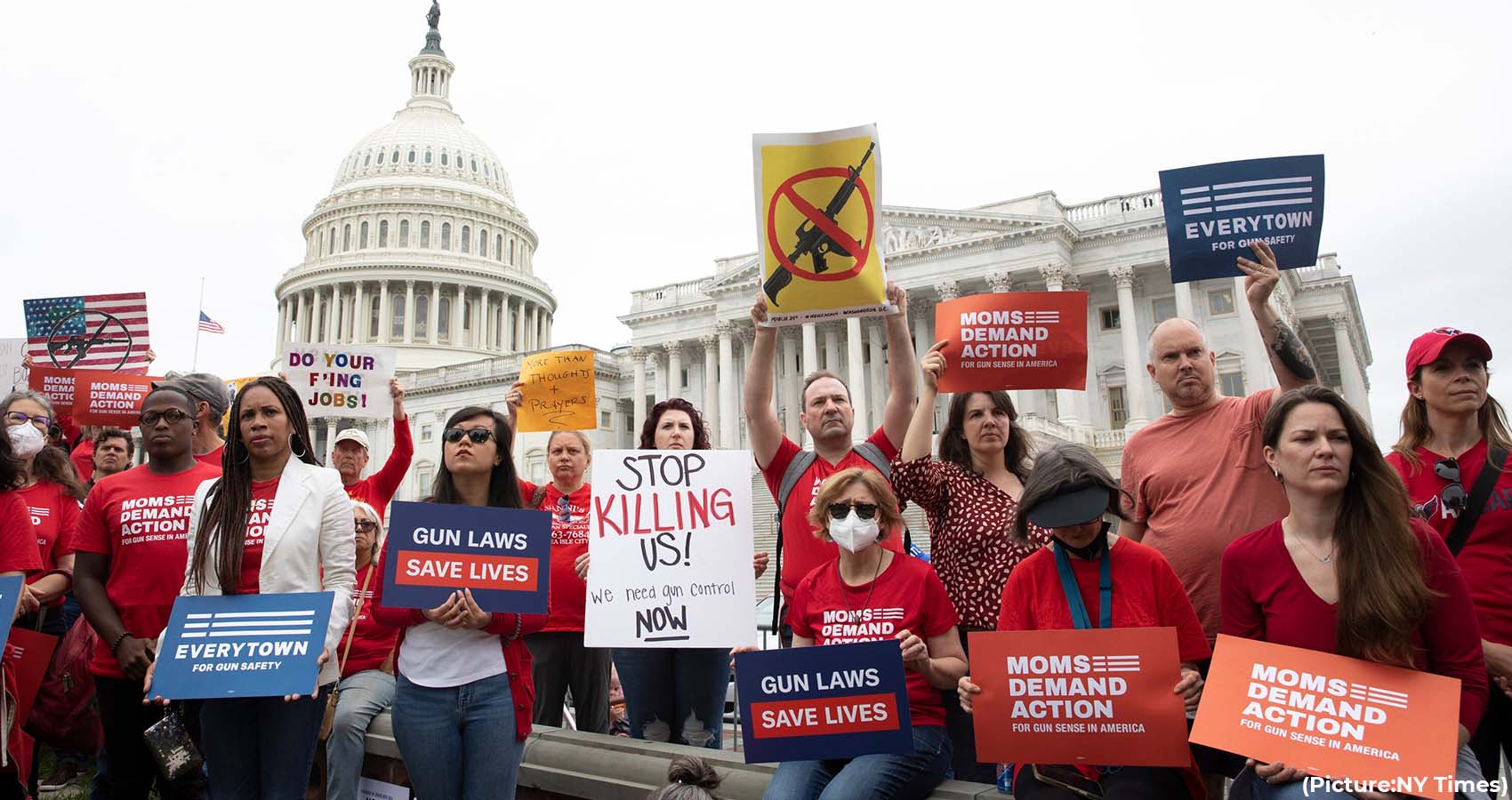 Bowing to public pressure, anger and frustration after series of mass shootings across the nation has claimed tens of thousands of lives every year, finally a bipartisan group of US Senators announced an agreement on principle for gun safety legislation on June 12th, which includes “needed mental health resources, improves school safety and support for students, and helps ensure dangerous criminals and those who are adjudicated as mentally ill can’t purchase weapons.”

A bipartisan group of Senate negotiators say they have reached a deal on a package of safety and gun-related measures narrowly focused on preventing future shootings similar to the one in Uvalde, Texas, where 19 children and two teachers were killed in their school, media reports stated

The proposed legislation is expected to include support for state crisis intervention orders, funding for school safety resources, an enhanced review process for buyers under the age of 21 and penalties for straw purchasing. 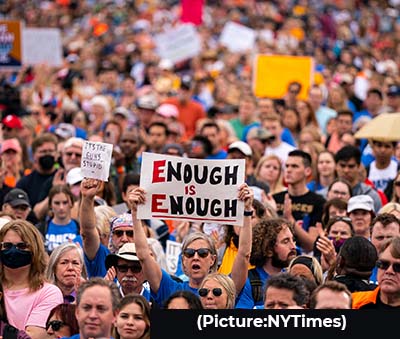 The agreement has the support of at least 20 senators, including the support of 10 Republican senators, who worked closely over the past several weeks to find the areas of common ground that could pass the closely divided Senate. The agreement is significant given how divided lawmakers have been over the gun issue, but the actual legislative text is not yet written.

Critically, the legislation includes a so-called red flag provision, with the government providing “resources to states and tribes to create and administer laws that help ensure deadly weapons are kept out of the hands of individuals whom a court has determined to be a significant danger to themselves or others,” according to the release. The proposal would also include “major investments to increase access to mental health and suicide prevention programs; and other support services available in the community, including crisis and trauma intervention and recovery.”

The proposal, which has not been written into legislative text, includes money to encourage states to pass and implement so-called “red flag” laws to remove guns from potentially dangerous people, money for school safety and mental health resources, expanded background checks for gun purchases for people between the ages of 18 and 21 and penalties for illegal straw purchases by convicted criminals.

The negotiators called it a “commonsense” proposal that would reduce the threat of violence across the country. “Our plan increases needed mental health resources, improves school safety and support for students, and helps ensure dangerous criminals and those who are adjudicated as mentally ill can’t purchase weapons,” the group said in a statement. “Most importantly, our plan saves lives while also protecting the constitutional rights of law-abiding Americans.”

The framework calls for additional vetting for potential gun buyers between the ages of 18 and 21 to include previously blocked juvenile records on criminal activity and mental health. Lawmakers say the plan would also reduce what’s known as the “boyfriend loophole” to include dating partners in preventing convicted domestic abusers from buying a gun.

The school safety and mental health sections include funding for school-based programs like mental health support, violence prevention and training for students and educators. The plan would also expand telehealth for mental and behavioral treatment and investments in children and family mental health services through community health centers.

However, mental health experts, like the National Alliance for Mental Illness, say the majority of gun violence is not perpetrated by people with a history of mental illness. Aides have said that it could take weeks to go through the legal and technical process of turning a preliminary deal into a final bill. Connecticut Sen. Chris Murphy, the lead Democrat in the negotiations, told Reuters that aides would begin that work on Monday morning.

Senators have been broadly optimistic that any bipartisan agreement will eventually pass the Senate, but the ultimate fate of the bill is not entirely clear. President Biden expressed support for the deal in a statement. “Obviously, it does not do everything that I think is needed, but it reflects important steps in the right direction, and would be the most significant gun safety legislation to pass Congress in decades,” Biden said.

Senate Majority Leader Chuck Schumer, D-N.Y., pledged to put a bill on the floor as soon as possible once legislation is written. Senate Minority Leader Mitch McConnell, R-Ky., released a statement praising the negotiators but stopped short of pledging support to an eventual bill.

“If the framework announced today gets enacted into law, it will be the most significant piece of gun safety legislation to make it through Congress in 26 long and deadly years,” John Feinblatt, president of Everytown for Gun Safety, said in a statement.  Shannon Watts, founder of Moms Demand Action, called the framework “a major step in finally getting federal action to address gun violence.”

The National Rifle Association has not yet released a position on the proposal. In a statement, the group said they do not weigh in on frameworks and will wait until the final bill is complete. “We encourage our elected officials to provide more resources to secure our schools, fix to our severely broken mental health system and support law enforcement,” the statement said. “The NRA will continue to oppose any effort to insert gun control policies, initiatives that override constitutional due process protections and efforts to deprive law-abiding citizens of their fundamental right to protect themselves and their loved ones into this or any other legislation.”

Other gun rights groups are already opposing the plan and criticizing the 10 Republican senators who are backing it. If they are able to convince any one of them to back away from the deal as the legislative details are hammered out, it could kill the legislation if no other Republicans join Democrats to support the proposal.