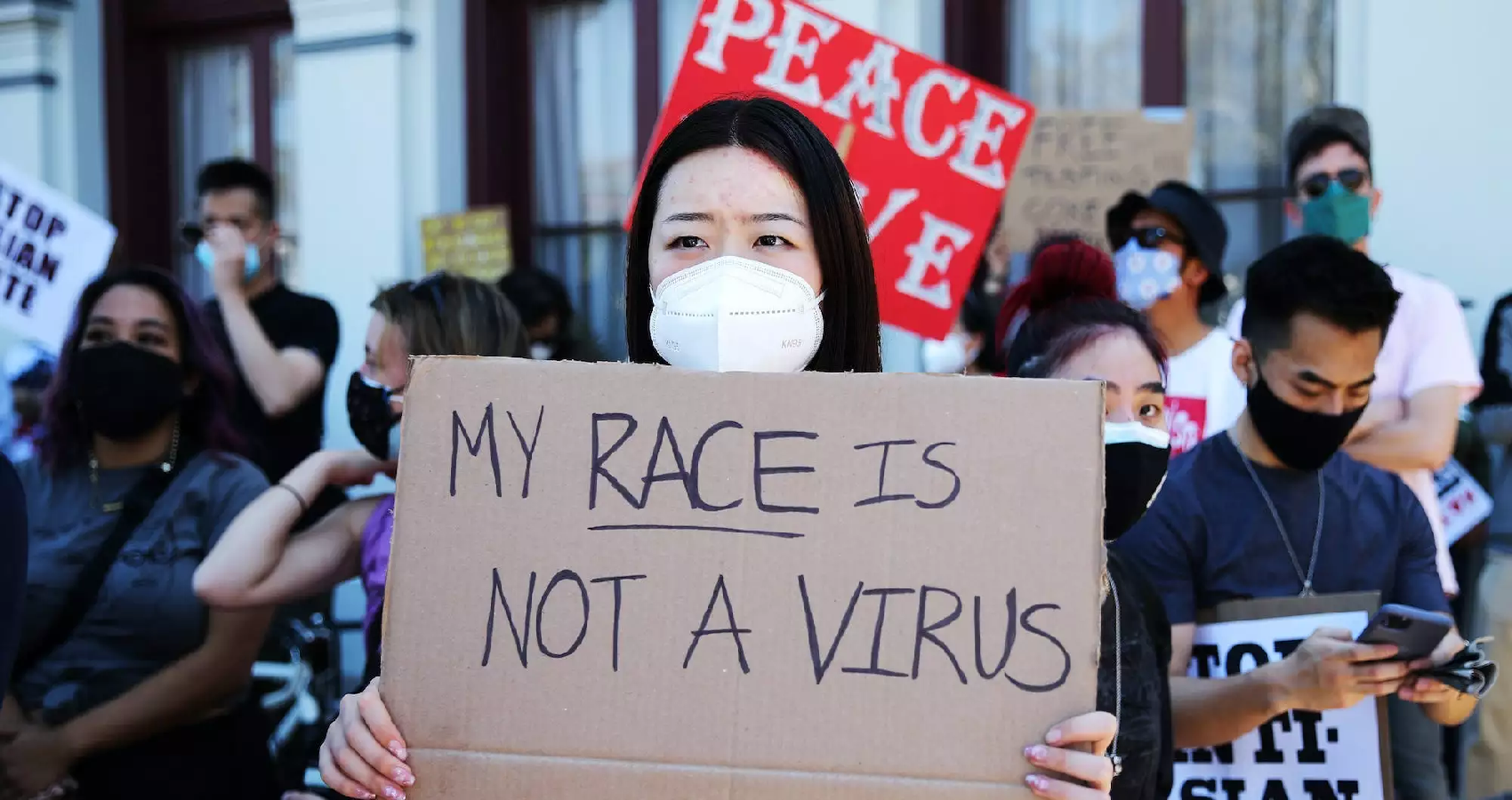 Amid widespread reports of discrimination and violence against Asian Americans during the coronavirus outbreak, 32% of Asian adults say they have feared someone might threaten or physically attack them – a greater share than other racial or ethnic groups. The vast majority of Asian adults (81%) also say violence against them is increasing, far surpassing the share of all U.S. adults (56%) who say the same, according to a new Pew Research Center survey.

The new survey was conducted April 5 to 11, after the fatal shooting of six Asian women and two other people in the Atlanta area on March 16 and assaults on Asian Americans that occurred that same month (Asian adults were interviewed in English only). President Joe Biden spoke out against anti-Asian discrimination and violence a few days after the shooting.

Some 27% say people acted as if they were uncomfortable around them, down from 39% who said the same in June 2020. Another 27% say they have been subject to slurs or jokes, the same share as in 2020. Meanwhile, lower shares say someone has made a remark that they should go back to their home country (16%) or that they are to blame for the coronavirus outbreak (14%).

Some cited several reasons together for the rise in violence against Asian people in the U.S. One respondent said, “Four years of Trump has normalized racism and bullying. His continual example of blaming Asians for the coronavirus is allowing people to openly discriminate against Asian[s].” Another respondent mentioned that “they are blaming Asians for the coronavirus pandemic, thinking they bring this to our country.” And a third respondent cited “a mix of coronavirus news and its origins in China coupled with talks regarding racial inequality. Asians are not accepted as people of color as they are seen as the model minority, but also are seen as foreign because they are not White.”

The nation’s Asian population recorded the fastest growth rate among all racial and ethnic groups in the United States between 2000 and 2019. Asian Americans are also the fastest growing racial or ethnic group in the U.S. electorate. Numbering more than 20 million, the Asian population in the United States is a diverse group, with origins from more than 20 countries in East and Southeast Asia and the Indian subcontinent.

Experiences with discrimination among Asian adults were widely reported before the pandemic. About three-in-four Asian Americans (73%) say they have personally experienced discrimination or been treated unfairly because of their race or ethnicity, according to the April 2021 Pew Research Center survey. This share is unchanged from June 2020 and is about the same as prior to the pandemic, when 76% of Asian adults in February 2019 said they had personally experienced discrimination or unfair treatment because of their race or ethnicity.

The April survey also found that Asian adults are more likely to express fear over discrimination than other groups. About a third (32%) say they fear someone might threaten or physically attack them, a greater share than among Black adults (21%), Hispanic adults (16%) or White adults (8%).

Asian Americans are about as likely as Black adults to say they have been subject to slurs or jokes since the start of the pandemic (27% and 24%, respectively), and more Asian adults say this than Hispanic (19%) and White (9%) adults. By contrast, about four-in-ten Black adults (41%) say people have acted uncomfortable around them since the start of the COVID-19 outbreak, a greater share than Asian (27%), Hispanic (27%) and White (17%) adults who report the same.

Similar shares of Asian (16%), Black (15%) and Hispanic (16%) adults say someone has remarked that they should go back to their home country since the start of the pandemic. Just 2% of White adults say this has happened to them.

While about one-third (32%) of Asian adults say someone has expressed support for them because of their race or ethnicity since the pandemic began, a higher share (49%) of Black adults say this.

Since the start of the outbreak, 52% of Black adults, 45% of Asian adults and 39% of Hispanic adults report experiencing at least one of the four incidents all respondents were asked about in the survey. By comparison, 24% of White adults report the same.

An early 2021 Pew Research Center survey found a majority (71%) of U.S. adults see a lot or some discrimination against Asian people, a share similar to the public’s assessments for Black people and Hispanic people. And at the beginning of Biden’s presidency, another Center survey found a majority of Asian Americans did not feel like they would gain influence in Washington with the new president. (Courtesy: Pew Research)