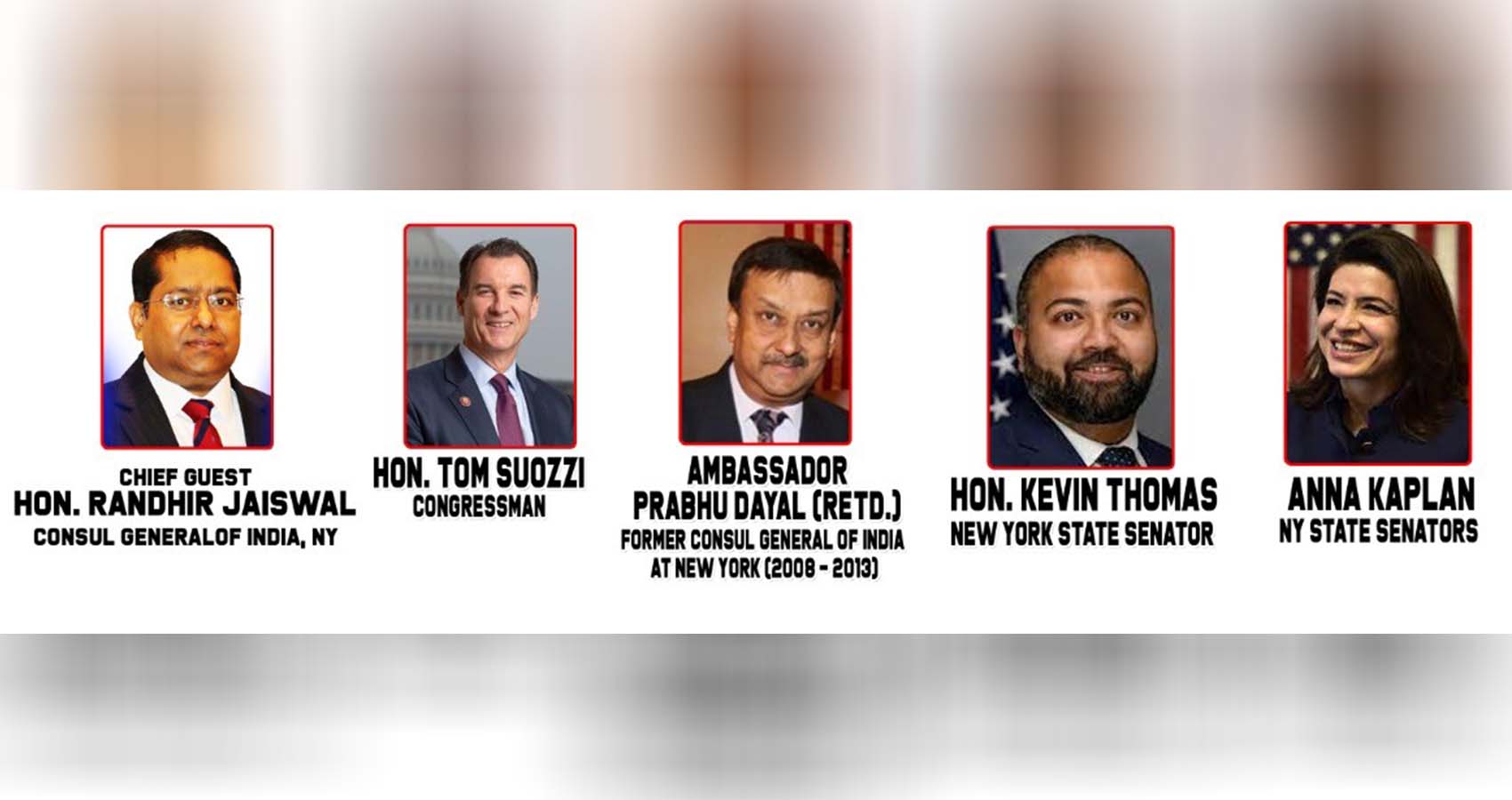 Holi is the national festival of colors, celebrated across India in different forms and traditions. The celebration of this colorful festival brings people of different faiths with diverse socio-political ideologies closer. 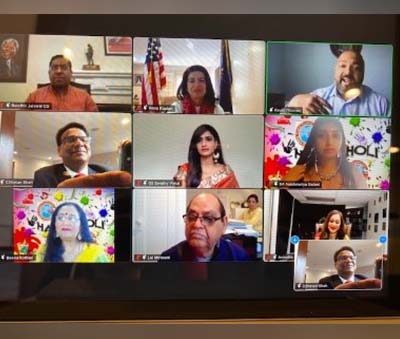 Chief guest and honored distinguished guests speakers of the event:

In his eloquent address to the Diaspora community, Ambassador Jaiswal greeted the participants from around the world on the occasion of Holi Festival, who had joined from all major continents on Earth, as hundreds of Indian Diaspora members came together virtually to celebrate the Festival of Holi. While describing the historical and symbolic traditions of the festival of Holi, the veteran diplomat said, “Holi is a very beautiful festival of color. A festival that helps us welcome spring. Holi has several connotations, social, religious, political, and rhythmic with nature. Holi is about togetherness, unity and oneness, and holding hands together, celebrating the goodness and kindness of humanity,” he said. He urged the participants to take a moment out to pray for peace. 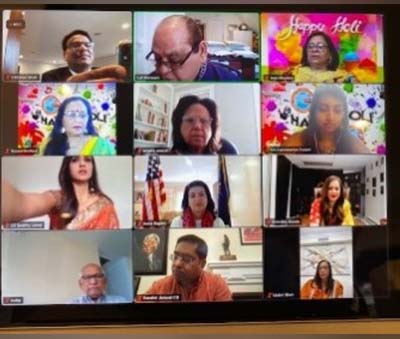 Congressman Tom Suozzi of Long Island, NY greeted the community with “Holi Mubarak” to all. Describing Holi as an exciting time for all, a great friend of India and the Indian American community, Rep. Suozzi said, “It’s great to be with you all to celebrate the festival of Holi, which reminds us of all that Spring is in the air as the flowers start blooming and we await new life and happiness. Thank you for your continued support, and I will do everything in my power to represent the Indian American community in Long Island at the US Congress and the interests of India.” Recalling his childhood as a first generation Irish American, he was taught to remember the 3 Is, Ireland, Italy, and Israel, and now, “There are for Is: Ireland, Italy, Israel and India.”

In her message, NY Senator Ana Kaplan, greeted the Indian community in New York a very Happy Holi. She praised the contributions and achievements of the Indian American community. She recalled how in her own tradition; her community celebrates the arrival of the Spring. “New York is a melting pot that brings people of all faiths and of all backgrounds,” she said, and wished, May all of us experience peace, overcoming all hurdles on the way.” 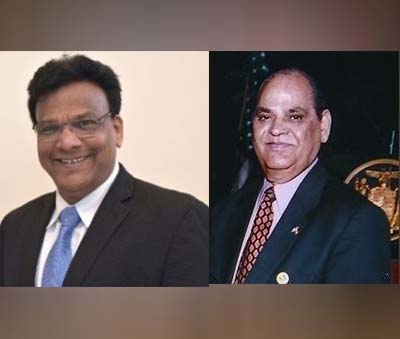 New York Senator Kevin Thomas shared with the audience how he has made it a point to bring Holi and other Indian festivals to the New York State Chambers, distributing Samosas and sweets to the members of the elected officials in Albany. He invited GOPIO to join him and other elected officials in Albany to celebrate Holi in person, after having to celebrate Holi virtually in the past 2 years due to Covid. “We hope, this is the last of all virtual celebrations,” he said, and hoped that “From now on, we can celebrate the festivities in person, meeting one another, joining our hands together,” he said.

The colorful Holi celebrations depicting the rich cultural heritage of India, organized by the GOPIO New York, the first Chapter of Global Organization of People of Indian Origin, showcased the rich, colorful, and vibrant traditions of India, bringing them at the doorsteps of every household, as the audience from around the world were entertained with mesmerizing music, scintillating dance performances, and inspiring speeches. 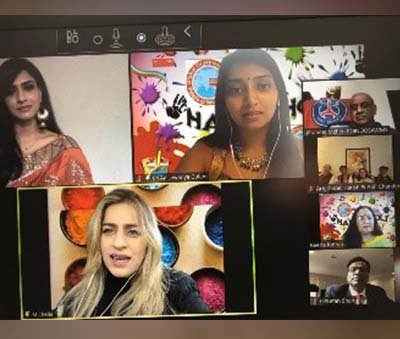 Lal Motwani, Chairman of GOPIO New York and Executive Trustee of GOPIO International, and former president of the SIAEA, in his address, greeted Honorable India’s Consul General of New York, RandhirKumar Jaiswal and officials, members and the leaders of GOPIO from around the world who have joined virtually to celebrate the colorful festival of Holi.

“The vibrancy of colors is something that brings in a lot of positivity in our lives and Holi being the festival of colors is actually a day worth rejoicing,” Motwani said. “Holi is considered as one of the most revered and celebrated festivals of India and it is celebrated in almost every part of India, transcending every region, and people of all faiths, including Hindus, Muslims, Sikhs, Christians, Parsees, Buddhists, and Jains. It represents the uniqueness of Indian culture as we, from all backgrounds stand united to welcome Spring, as Mother Nature breathes freshness into our lives and that of every living creature on Earth. Welcome to each and every one of you and wishing you and your families A VERY HAPPY HOLI!” 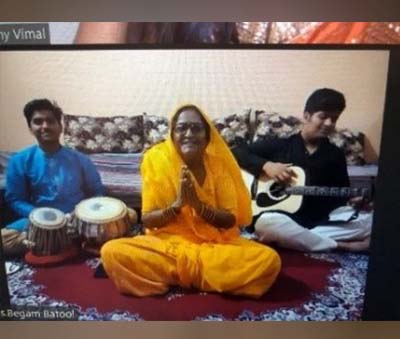 Ketan Shah, President of SIAEA served as co-emcee and introduced the speakers, executive team of GOPIO and SIAEA boards at the event and thanked the several sponsors who made the event successful by their financial support. Major sponsors among all are ICC (Grand Sponsor), Monpat Construction and Nadiad Construction (GOLD Sponsors), Amil Patel, SIAEA president-elect, Gary Wowk Founder of K Construction, Bina Sabapathy, Navneet Kothari, Dhiraj Ahuja were among the SILVER sponsors. Swathi and Aaishwariya Gulani, Miss India USA 2020 were master emcees who gracefully presented the cultural part of the program. Dharmatma Saran of the Miss India Worldwide Pageants coordinated the cultural extravaganza. Dr. Thomas Abraham, Chairman of GOPIO International in his greetings to the community on the occasion of Holi, complemented GOPIO New York and SIAEA for hosting the Holi celebrations. 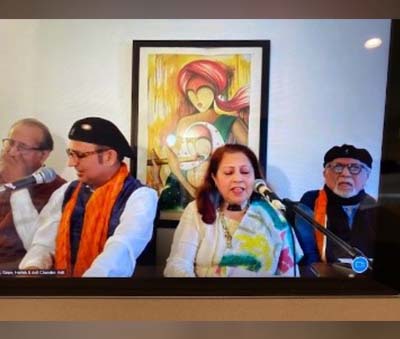 Second-generation Indian Americans, including a 16-yr old Aditi shared with the audience their perspectives, experiences of celebrating Holi and what it meant for them.  A beautiful Hindi poem on Holi composed and narrated by Anju and Sneha Singhi, a young artist was appreciated by one and all. Members of the dance troupe led by Staya Narayn Charka of the Ananda Ashram performed Kathakali, reliving the stories from the Indian Epic, Mahabharat. Navya Paingoal, Renu Kundem, and Michelle Sadat a fine vocalist also delighted the event with their beautiful singing.

A live Bollywood medley by Anwar Hussain and friends from Jaipur, India representing a family of 12 generations serving the royals, was much appreciated, and loved by all. Begum of Bollywood Maharaja from Jaipur, a famous singer who is the 1st woman from her community to perform publicly, mesmerized the audience with her beautiful voice. She was recently honored by the President of India for her contributions to art and culture.

Miss Teen India Sidhya Ganesh from the state of Washington delighted the audience with a live Holi Dance. The Chander family consisting of Anil, Harish, Gopi Arti Raj presented a Bollywood Medley, mesmerizing the audience with their beautiful voice singing some of the very popular numbers from the evergreen Hindi movies.  Dinesh Mirchandani, a founder, and CEO of Sargam Music Academy delighted the occasion with his classical vocal singing.

Anindita Nanda, a classical dancer and choreographer, who has presented and produced over 500 shows in the past two decades and a scientist in Pharma from Danbury CT presented Ganapathi Stothram and a Bharatnatyam Pallavi. A much sought-after touring artist, Anindita is regularly presented by Embassies, Museums, Universities, Libraries, Schools and Cultural Institutions across the United States, Europe, South America, and India. She is the founder and director of Sur-Taal, and She teaches in CT, NYC, Boston, West Coast, Germany, and Rome. 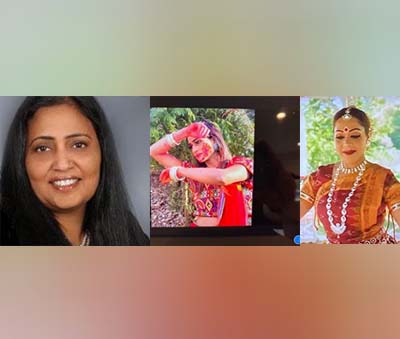 Beena Kothari, a prominent community leader and GOPIO – NY President poetically described the importance of Holi and served as an emcee of the event. Holi has become known as India’s most vivid, joyous festival.  Holi is being celebrated in the Indian subcontinent for centuries, with poems documenting celebrations dating back to the 4th century CE. It marks the beginning of spring after a long winter, symbolic of the triumph of good over evil. It is celebrated in March, corresponding to the Hindu calendar month of Phalguna. On the eve of the festival, large pyres are lit in many parts of India to signify the burning of evil spirits.

Talented Performers of the event:

In the end, Ketan Shah, Co-host and president of SIAEA thanked all Honorable guests, dignitaries, Performers, 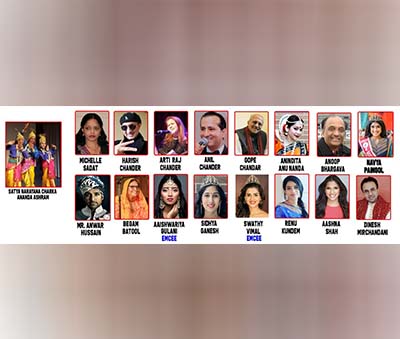 Participants, Viewers, Sponsors, and executive committees of both GOPIO-NY and SIAEA.