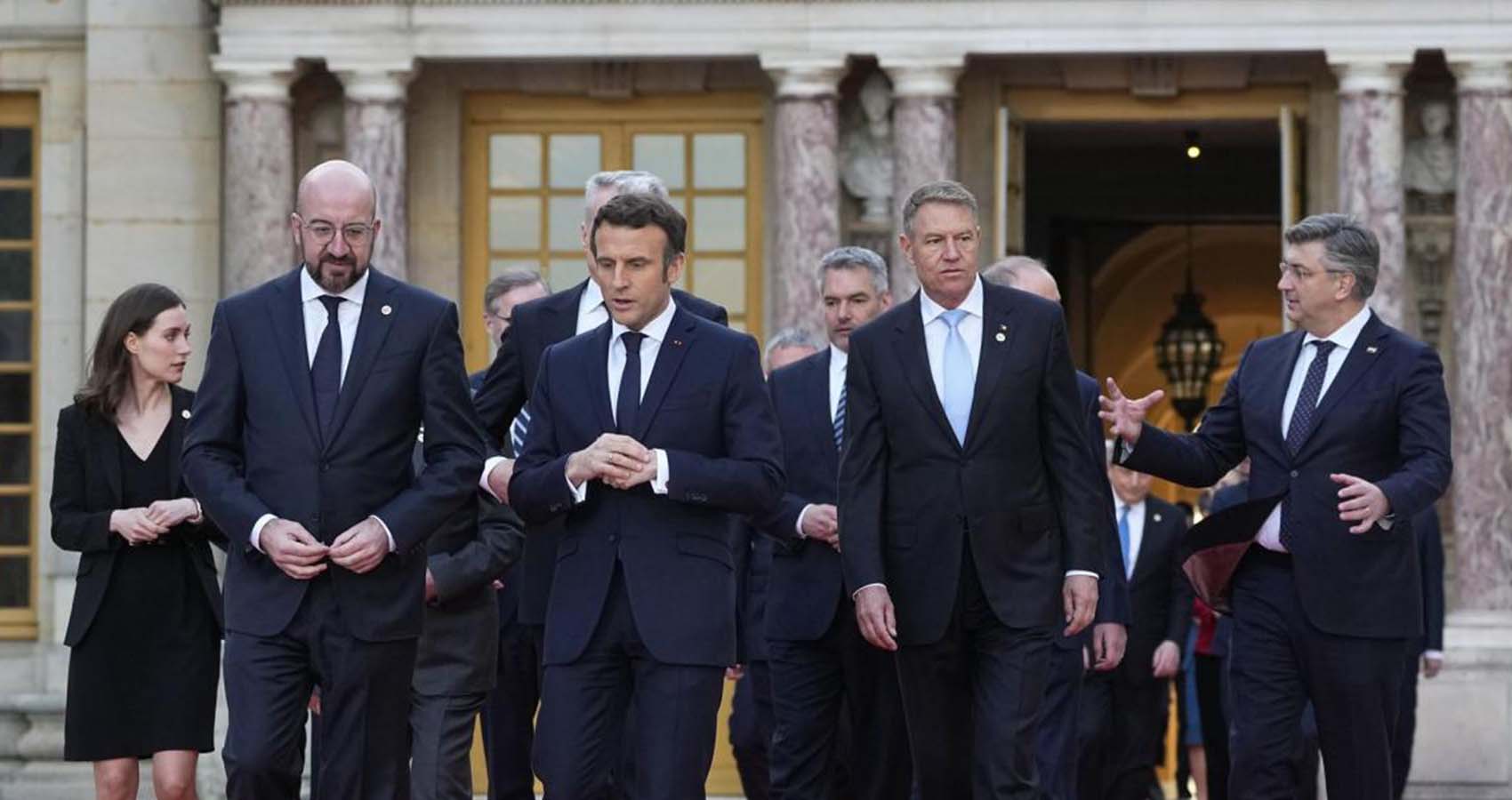 Soon after his victory was announced, French President Emmanuel Macron took the stage to the sound of the European Union’s anthem, the “Ode to Joy.” The symbolism was strong: The 44-year-old centrist’s election to a second term bolsters his standing as a senior player in Europe.

Macron is now expected to push for strengthening the 27-nation bloc and throw all his weight behind efforts to put an end to the war in Ukraine.

In his victory speech Sunday evening, he thanked the majority of French voters who chose him and vowed to lead a project for “a stronger Europe.”

“Europe is a framework for peace and stability. It’s our safer asset for today and tomorrow,” he said at a campaign rally in Strasbourg, home to the European Parliament. “Europe is what’s protecting us from crisis and war.”

Angela Merkel’s departure in December after 16 years as Germany’s chancellor, in addition to the United Kingdom’s exit from the bloc in 2020, positioned Macron to play a dominant role in the EU, where the Franco-German relationship is key. 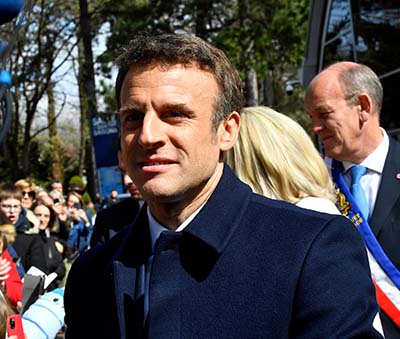 Boosted by his victory, Macron figures to be in the spotlight when he pays an expected visit to Berlin in the coming days to meet with new Chancellor Olaf Scholz, who has had a low-profile debut on the international stage. French presidents traditionally make their first post-election trip abroad to Germany as a celebration of the countries’ friendship after multiple wars.

Ukraine will be at the top of the agenda for the encounter with Scholz, whose spokesman, Steffen Hebestreit, praised Macron’s victory over far-right, nationalist rival Marine Le Pen as “a good day for Europe.” Hebestreit added: “The French people made a good choice.”

France holds the rotating presidency of the European Council until June 30. Macron is scheduled to make a speech on Europe on May 9 in Strasbourg.

At some point, he may also travel to Kyiv to meet with Ukrainian President Volodymyr Zelenskyy.

Macron has long advocated for the EU to take more responsibility for its own defense, something he sees as complementary to the NATO alliance, and Russia’s invasion of Ukraine has only further strengthened that argument.

His victory “means the pursuit of an ambitious project for Europe,” said Tara Varma, who heads the Paris office of the European Council on Foreign Relations think tank.

“He will be advocating to double down on the European sovereignty agenda: on tech, on defense, on fighting economic coercion,” she said.

Varma added that an upcoming conference on the Western Balkans to be organized in June will provide “an opportunity to start rethinking the EU’s enlargement policy.”

Georgina Wright, director of the Europe Program at the Paris-based think tank Institut Montaigne, said that “Europe will obviously continue to be a key and central pillar to Macron’s mandate. I suspect he wants to go further and faster than he has in the past five years.”

However, he may encounter “tricky discussions” ahead, she said.

The introduction of a bloc-wide minimum wage, a carbon tax on imports and fiscal reform are among the main policies France wants to promote. France also wants to accelerate talks on a stalled overhaul of the EU’s asylum system.

To achieve such progress on touchy topics, Macron will need to seek international consensus among his counterparts.

“His challenge would be to get others to follow him,” Wright said. “He really needs to get Germany on board.”

But challenges loom. The leaders of Hungary and Poland, at loggerheads with Brussels over their rule of law standards, have expressed strong disagreement with Macron in the past. Tensions with Britain over the post-Brexit deal and migrants crossing the English Channel, meanwhile, are unlikely to calm down.

“Macron won’t have everything his own way,” said Charles Grant, director of the Centre for European Reform. “Some Central and Eastern European member states will oppose French policies, the British will remain a headache and the Germans may thwart some French ideas.”

Areas of Franco-German divergence include key topics such as energy strategy. Macron is pushing to promote nuclear power as a way of becoming greener and more energy-independent, while Scholz’s government plans to shut down Germany’s last nuclear plants this year.

Germany is also expected to oppose a French proposal involving the use of shared EU debt for an investment plan aimed at coping with the impact of the war in Ukraine. The proposal is modeled on the unprecedented plan launched to get the bloc through the COVID-19 pandemic.

Macron may find a key ally in Italian Premier Mario Draghi, who has been pushing for tighter ties with Paris, including a pact signed with Macron in Rome last fall that was meant to establish Italy and France as the new motor of EU cooperation.

In congratulatory remarks following Macron’s reelection, Draghi emphasized the role of both countries, “working side by side with all of the other partners” to construct a stronger EU.