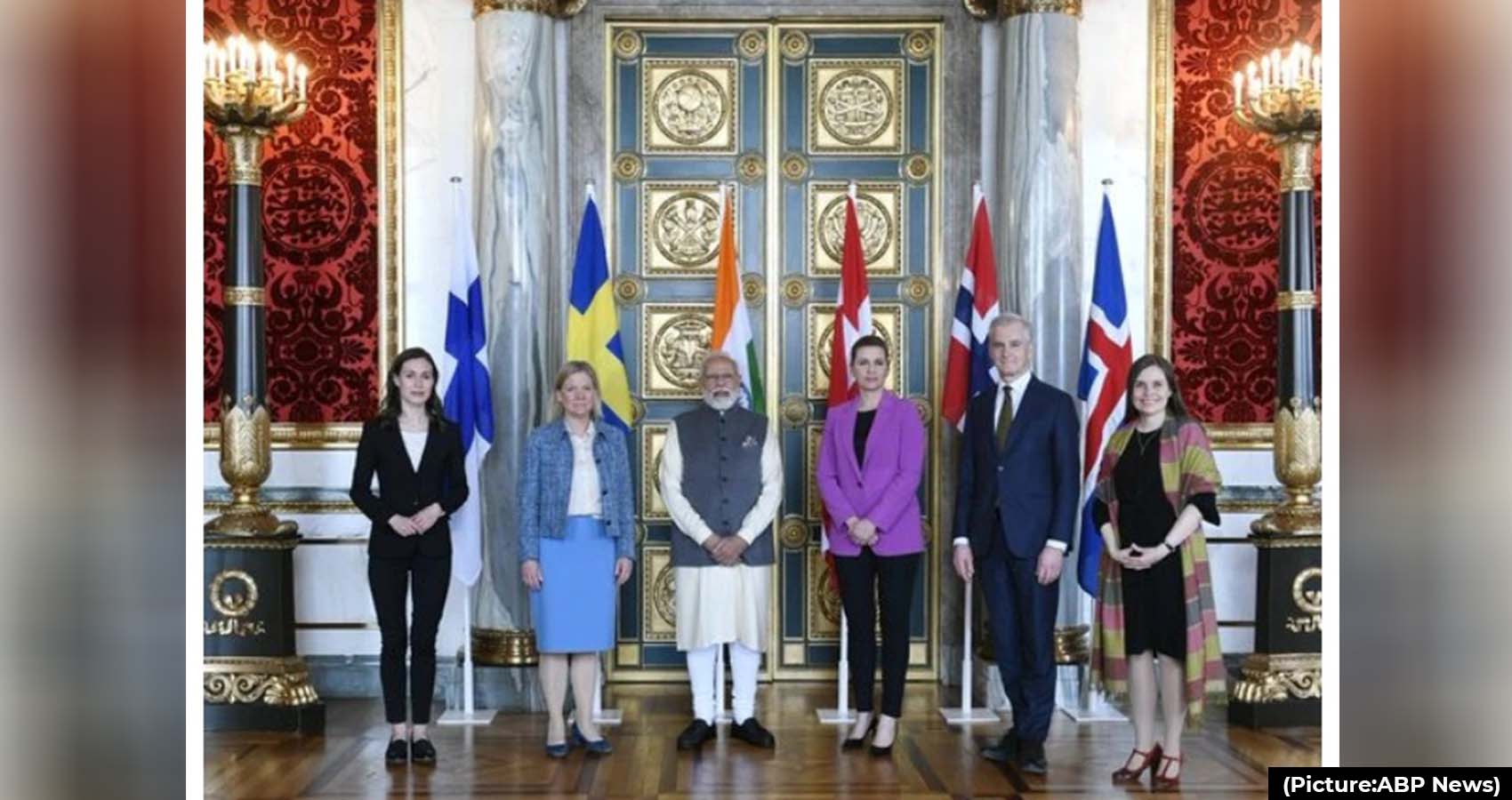 In every crisis, someone always benefits. In the case of Russia’s invasion of Ukraine, that someone is Indian Prime Minister Narendra Modi. By refusing to condemn Moscow and join Western-led sanctions, Modi has managed to elevate India’s global stature. Each of the other major powers—the United States, Russia, and China—are intensely courting India to deny a strategic advantage to their adversaries. Relishing the spotlight, Modi and his Hindu-nationalist government will surely look to keep the momentum going. Their likely goal is to carve out an independent superpower role for India, hasten the transition to a multipolar international system, and ultimately cement its new status with a permanent United Nations Security Council seat for India.

None of this negates the fact that the United States has become India’s most important strategic partner. The two nations have made enormous progress in recent years. Since 2018, New Delhi and Washington have held annual summits and signed numerous groundbreaking security agreements. Both nations are part of the Quadrilateral Security Dialogue (known as the Quad), along with Australia and Japan. 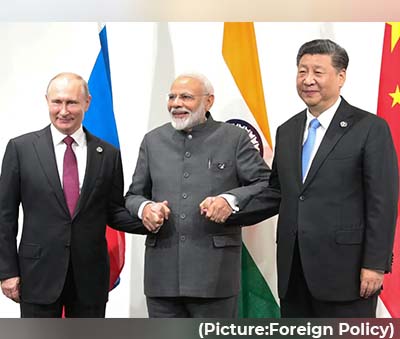 At the Quad summit in Tokyo last month, Modi met U.S. President Joe Biden in person for the second time, complementing the two nations’ ongoing virtual discussions. New Delhi also joined Washington’s recently unveiled Indo-Pacific Economic Framework for Prosperity, which aims to intensify economic relations in the region short of a formal trade treaty. Throughout their blossoming partnership, India and the United States, as the world’s two largest democracies, have pledged to channel their shared values (and strategic interest in containing China) into upholding the rules-based liberal international order.

But when Russia invaded Ukraine, India decided to pursue an ultra-realist policy and protect Indian interests above all else—not least its deep dependence on Russia for military equipment. Rather than condemning one sovereign nation for invading and seeking to destroy another—an indisputable violation of the rules-based order—India demurred. At first, the Modi government’s strategy appeared destined to damage the U.S.-India partnership. In March, Biden described India’s commitment on punishing Russia as “somewhat shaky.” In early April, U.S. Deputy National Security Advisor Daleep Singh visited New Delhi and warned of potential “consequences” for countries that attempt to undermine U.S. sanctions.

By mid-April, however, the Biden administration had dramatically changed its tune. Biden and Modi met virtually during the kickoff of the so-called 2+2 dialogue in Washington. Following the meeting, it was clear that Biden had accepted Modi’s position. The U.S. readout noted the two leaders would continue their “close consultations” on Russia, with no indication that Washington was prepared to take any action against New Delhi. Additionally, India did not have to condemn Russia or make any other concessions, such as curbing or terminating its import of cheap Russian oil.

Subsequent statements from the White House clearly indicate that Washington will not be pushing New Delhi any further, probably for fear of ruining cooperation on countering China in the Indo-Pacific. U.S. Secretary of State Antony Blinken, for instance, said in April that “India has to make its own decisions about how it approaches this challenge.” And in Tokyo last month, Biden said, “I am committed to make the U.S.-India partnership among the closest we have on Earth” in spite of differences regarding Russia. In their joint statement, only Biden condemned Russia; Modi did not. It was the only instance of glaring daylight between the two leaders’ positions. 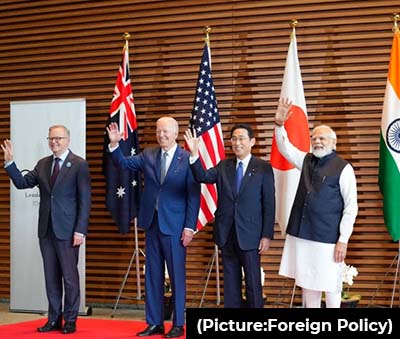 Over the last few months, India has also preserved its close ties to Russia by repeatedly abstaining at the United Nations when Western countries tabled resolutions against Russia. Russia and India have a long-standing partnership that dates back to the Cold War, when New Delhi believed Washington was actively supporting archrival Pakistan. India has always appreciated Russian support, particularly in the U.N. Security Council, where the territorial status of Jammu and Kashmir has routinely come up.

India also has a long history of leveraging its partnership with Russia against its other archrival, China, with which it has ongoing border tensions. For decades, India has purchased Russian arms. According to one recent estimate, approximately 85 percent of India’s military hardware is Russian. As of last month, the Biden administration was reportedly considering $500 million in military financing to India to wean it off of Russian-made equipment. Washington has also, thus far, looked the other way on enforcing the Countering America’s Adversaries Through Sanctions Act for New Delhi’s purchase of Moscow’s S-400 surface-to-air missile system, suggesting India is simply too important to the United States’ Indo-Pacific strategy to risk angering it with sanctions.

India has further benefited from discounted Russian oil and coal since the outbreak of war. Although Indian External Affairs Minister S. Jaishankar quipped in April that India probably imports less Russian oil in a month than Europe does in an afternoon, New Delhi’s oil imports from Russia rose sharply following Western-led sanctioning of Moscow. The same is true for coal, where India’s stocks may be running alarmingly low. India is certainly grateful to have Russian energy to fuel its development. Western criticism of these imports, coming after decades of haranguing India on fossil fuel emissions, has only irritated the world’s largest post-colonial state—one that still holds deep sensitivities when rich, majority-white nations appear to tell it to abandon its national interest in energy security and energy-fueled development.

To thank New Delhi for its unwavering support in shielding Moscow at the United Nations, Russian Foreign Minister Sergey Lavrov visited India in April. While there, he praised the rupee-ruble currency exchange system, which provides an alternative means of conducting transactions with sanctioned Russian banks. Additionally, Lavrov said, “We will be ready to supply any goods which India wants to buy.” And given Modi’s ongoing discussions with Russian President Vladimir Putin since the war, Lavrov even raised the possibility of India playing a mediator role in the Russian-Ukrainian war, which would place India in a very prominent position on the world stage.

Because India’s neutral stance is so obviously at odds with U.S. policy, Beijing has also sensed a strategic opportunity to engage New Delhi—with the primary goal of prying it from Washington’s tightening embrace. In March, Chinese Foreign Minister Wang Yi was the first senior Chinese official since 2019 to visit India, where he made Beijing’s courtship explicit. “If the two countries join hands, the whole world will pay attention,” he said. In the runup to Wang’s visit, the Chinese Communist Party’s English-language mouthpiece, the Global Times, also struck an unusually conciliatory tone, writing: “China and India share common interests on many fronts. For instance, the West recently pointed the finger at India for reportedly considering buying Russian oil at a discounted price. But it is India’s legitimate right.”

Indian officials, however, were not prepared to cozy up to China in part because of the benefits they were receiving by staying neutral, most notably from the United States. After Wang’s visit, Jaishankar rhetorically asked: “Do the Americans distinguish and differentiate between India and China over [their] respective stands on Russia amid [the] Ukraine crisis? Obviously, they do.” Notwithstanding closer U.S.-Indian ties, preserving India’s strategic autonomy through a nonaligned policy remains a long-standing objective for New Delhi. In the Russia context and as great-power competition intensifies, that stance is proving especially beneficial vis-à-vis China. Furthermore, China and India have a lingering border conflict that New Delhi has argued must be resolved prior to normalizing bilateral ties. Wang did himself no favors by stopping in Pakistan first and making anti-India comments about the status of Jammu and Kashmir. Rather than agree with Beijing’s openly pro-Russian stance, New Delhi decided to move ahead on a different Chinese request: Modi’s continued participation in the BRICS forum, which joins Brazil, Russia, India, China, and South Africa.

Beyond the great powers, India has essentially won the argument with key countries in Europe and the Indo-Pacific. British Prime Minister Boris Johnson, for example, visited India in April and remarked, “Russia-India ties are historically well-known, and [New Delhi’s actions] are not going to change that.” Modi’s three-nation tour through Germany, Denmark, and France last month further demonstrated that India won’t be sidelined by its Russia policy. To the contrary, in all three nations, Modi received the red-carpet treatment. In the case of Germany, Modi remains on the guest list to join the G-7 nations later this month in the Bavarian Alps.

And in the Indo-Pacific, Japanese Prime Minister Fumio Kishida, when asked about India at last month’s Quad summit, said: “Each country has its own historical developments as well as geographical situation. Even amongst like-minded countries, the positions may not agree fully. That is only natural.” Although Australia’s new prime minister, Anthony Albanese, has only been on the job for a few weeks, he met with Modi on the sidelines of the Quad summit and boasted that bilateral relations “have never been closer” in spite of what Albanese said were “strong views” exchanged on Russia during the Quad’s proceedings.

Russia’s war in Ukraine has undoubtedly benefited India as great powers are competing more vigorously for New Delhi’s affection, particularly the United States and China. India has also prevented its Russia policy from spoiling partnerships with key European and Indo-Pacific partners. These trends, if sustained, will contribute to India’s rise to great-power status and, in turn, shift the global system toward even greater multipolarity. What could derail New Delhi’s success is a serious escalation in the Russia-Ukraine conflict, which might finally force India to choose sides among great powers. Partners that have so far tolerated India’s aloof, realpolitik approach could become frustrated that New Delhi is refusing to carry its weight as an emerging great power. But unless or until this happens, Modi’s India is set to continue benefiting from this horrific crisis.

Derek Grossman is a senior defense analyst at the Rand Corp., an adjunct professor at the University of Southern California, and a former daily intelligence briefer to the U.S. assistant secretary of defense for Asian and Pacific security affairs. Twitter: @DerekJGrossman