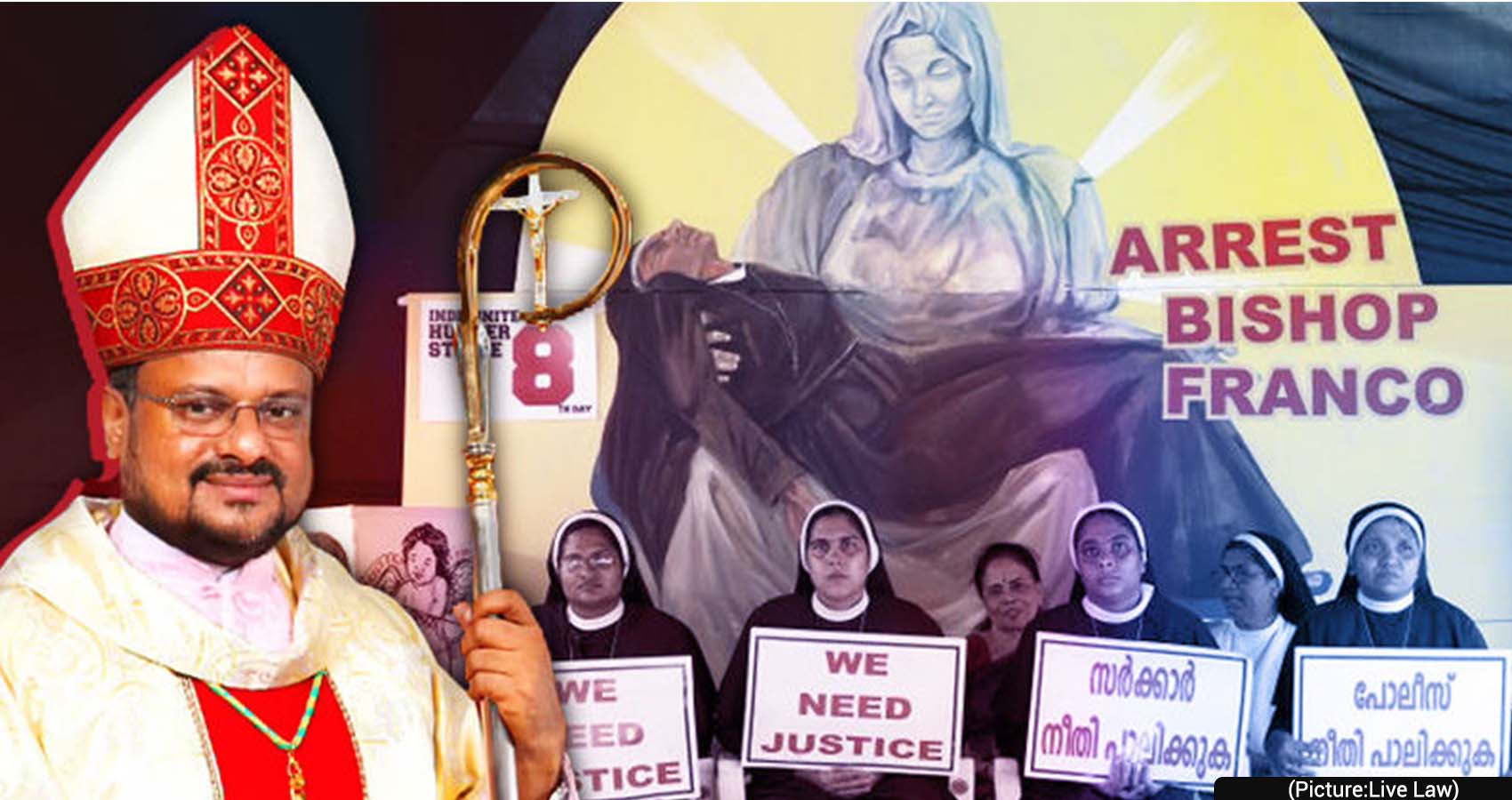 It is good that an official appeal is to be filed against the judgement of the Additional Sessions Judge in Kerala exonerating Bishop Franco of all charges of multiple rape of a nun who was his subordinate. Hopefully, the appeal will lead to a restoration of justice and dignity to not only the complainant in this case, but also to all survivors of rape.

Too often in the recent past have survivors of sexual assault found themselves repeatedly victimised by what can be termed a judicial default setting which sets a false and utterly bigoted standard of how a rape survivor is supposed to behave; if she conducts herself differently, her testimony is not considered credible. Why did she smile the day after she was raped? How could she travel in the same car as the accused? Why did she take so long to speak about it? We have heard these questions too many times.

According to case law and many more sensitive judgements, the sole testimony of a rape survivor must be given due weightage as often there are no direct witnesses. Special consideration to the statement of the survivor helps the processes of justice. However, this is also linked to the satisfaction of the court of the credibility of the statements and of the survivor herself. 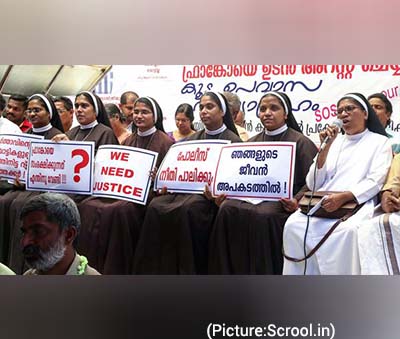 This has led in case after case to the subversion of justice. It is open season for destroying the survivor’s credibility and her narration of the facts. It is not the rapist but the survivor who becomes the accused, having to prove herself credible. Thus a direction to give special consideration to a survivor’s testimony is turned into a legal instrument against her. The onus shifts to the survivor to prove that she is credible as a “sterling witness.” When the eyes and ears of the law are not tuned in to hear the survivor, or to understand her circumstances or how the world appears to her, when the law fails to see in her silences the power of the perpetrator, then you can be sure that justice will be a long time coming.

The 250-page judgement reads more like an investigation into the complainant rather than the accused and ends up a hit job against her. The judgement holds that she is a liar, that she is inconsistent, that she has ulterior motives, that she is part of a power play within the specific congregation to which she belongs; worst of all, there is the damning indictment of her character, in which the judgement finds “credibility” in the outright malicious libelous charges made by the accused against her of having an affair and fabricating the entire charge against the Bishop to conceal this. The judgement deserves to be taught in law schools as an example of a really bad judgement.

After decades of struggle, sacrifice and suffering by survivors of sexual assault, the laws concerning definition of and punishment for sexual assault were amended in 2013 to look at issues from the survivor’s point of view. For a woman, any invasion of her bodily integrity is equally horrific, and the narrow definition of rape as penile penetration disregarded and downplayed that horror. The amended laws recognised the different levels and forms of sexual assault, including forced oral sex, use of fingers, or any instrument without consent as rape.

But the judgement displays an extraordinary obsession with proving that the survivor never mentioned “penile penetration” – although she had on several occasions – and reams are devoted to this, while ignoring the detailed descriptions by the survivor of what she went through, all of which are clearly within the legal definition of rape. Going by the judgement, a survivor of rape has to use very precise language. On several occasions, the survivor had spoken about her fear that she would be forced to “sleep with him”, to “share his bed”, but the judgement, while bringing this on record, does not consider this evidence because the word “rape” is not mentioned. Presumably there are reasons other than sex as to why a Bishop would force a woman to “share his bed.” It is on such flawed grounds that a woman complainant is described as not being “credible.”

What is striking in the judgement are its double standards. It plays down glaring lies by the accused. For example, on the day that the first assault was made in May 2014, the accused denied that he was there at all. His alibi unravelled in the face of documentary and witness evidence which conclusively established his presence on that day in a room on the same floor where the complainant resided. It was also established that the other residents were on another floor.

” There are sexually colored and vulgar messages sent by the accused which were printed out and are on record, but the judgement hardly gives credence to them. When the complainant warned him that she would leave the convent if he visited it again, he sent her the following message: “With heavy heart I am joining with your decision. I want to see you, I want to need you, call me.” Is it normal for a superior to send such an objectionable message to his subordinate? Doesn’t it raise questions at least about inappropriate behaviour and give an indication of something which requires answers? But the judgement finds nothing odd in this. On the contrary, it is quoted as proof in the judgement that there were no “threats” to the complainant.

The survivor’s every word, gesture, smile is under the scanner. The judgement in the section on photographic evidence goes out of the way to mention how carefully the videos were studied to reach a conclusion. The day after the first sexual assault took place, the survivor and accused had to attend a function of first communion for the child of her elder sister where the accused was the chief priest. She puts up a brave face and yet the camera shows her “gloomy”, a word frequently favored in the judgement, to describe grief and sadness. The judgement says “she can be seeing crying sitting on the back bench of the church”…”victim looks gloomy, but the very next minute, the victim can be seen smiling.” So the counter to the charge that she behaved “normally”, which apparently proves she was not traumatized, is dismissed – because she smiled. On other occasions where her colleagues in the Convent noticed how upset she used to get when news of the Bishop coming to the convent was conveyed to her, the judgement finds fault with the survivor. It says “though she was asked repeatedly about her gloominess, her replies were evasive.”

In December 2014, six or seven months after she was first sexually assaulted, she narrated all that had happened to her spiritual mother. This was the first time she had spoken to another. The statement of how they “wept together” is part of the record, and gives an indication of the trauma. Soon after, she also spoke to a priest who heard her “confession.” Then she went on a retreat and there, too, she spoke of her ordeal to a priest. She was wrestling with the nightmare the best way she could. From her own statements, she was hoping the issue could be resolved within the church. For any woman, it is difficult enough to deal with repeated assault by a man who uses his power for sexual gratification. For a woman who had chosen to live her life as a nun with a vow of chastity, dealing with such a situation was even more difficult. Her younger sister was also in the same congregation. Her elder sister was concerned that if the sisters left the congregation as the complainant thought of doing, “parishioners would make fun of them…All the problems could be resolved within the Church itself.” In fact, she did write several letters to the authorities. These too are criticized by the judgement as not being explicit enough. The fear of social disapproval and acrimony is a heavy burden on the shoulders of a survivor. But these realities are ignored in the judgement.

Once she decided to file a police complaint, all statements of those to whom she had spoken were recorded. Shockingly, each of her witnesses was dismissed in the judgement as unreliable. The spiritual mother’s witness was dismissed as being “planted”, the statement to the priest was not followed up “as he can’t reveal what she said”, the statement at the retreat was similarly dismissed. The statements of her colleagues were also not considered reliable – and then the conclusion is reached that the inordinate delay in reporting the crime is inexplicable, and is held as a major finding against her testimony. In contrast, a statement admittedly manufactured by a relative, who herself retracted the charge, accusing her of having an affair with her husband, is taken as the basis for the entire case. In other words, if the judgement is to be believed, a woman starts building up her defence from 2014 to conceal an affair that she has three years later! Anything becomes possible except the facts narrated by the survivor.

The prosecution has expressed disbelief and shock at the outcome. The nuns who stood by her have issued similiar statements pledging to appeal against the judgement. There are those who would like to use the case to defame the Church. They should desist from doing so. This is a struggle for justice, and has little to do with religion. This is equally a fight against insensitive and patriarchal judicial blinkers that dehumanise a survivor of rape and expect her to abide by a preconceived code of conduct as a “sterling witness”. In the light of this judgement, the issue of educating the judiciary on amended laws concerning sexual assault also has an added urgency.