The Islamic Society of North America (ISNA) will be hosting its 59th Annual Convention in Chicago September 2-5, 2022.  The theme this year is “Resilience, Hope, & Faith: With Hardship, Comes Ease“. ISNA’s Annual Convention is the largest gatherings of Muslims in North America. One of the main public attractions is the annual bazaar which features over 550 vendors including clothing designers, booksellers, non-profit and much more. ISNA is widely regarded as the most significant convener of Muslims in North America.

Mir Khan, ISNA Board Member & Chairman, Convention Steering Committee, while addressing the press conference in Chicago said: “Islamic Society of North America (ISNA) is the largest and oldest Islamic umbrella organization in North America. ISNA fosters the development of the community through convention, conference, education forums, interfaith activities, youth programs, civic engagement and other avenues. ISNA’s annual convention isn’t merely about bringing together the Muslim community.  Our goal is also to unite people across different faiths and backgrounds in the spirit of peace and better understanding. ISNA has invited a rich list of speakers, scholars, community leaders, and public servants. We live in challenging times by showcasing a diverse array of voices, stories and viewpoints, we hope to continue shaping a new narrative around what it means to be a mainstream Muslim today.”

Ashfaq Syed, Convention Steering Committee Secretary, said: “The four-days ISNA convention will unite both Muslim and interfaith individuals, families, businesses and non-profit organizations for a full schedule of lectures, discussions, debates and entertainment.” ISNA will have over 20,000 plus guest attending the 59th ISNA Convention during the long Labor Day Weekend from September 2-5, 2022, at Donald E. Stephens Convention Center, 5555 N River Road, Rosemont, IL 60018. This convention will have attendees from across the globe and there are more than 200 volunteers working hard for 3 months to make this convention successful.”

Ashfaq Syed explained the incredible experience the Convention will be for the attendees. He also requested all the community members to join ISNA convention for the great experience. The Convention may be for four days, but the memories last for a lifetime.” he said. ISNA convention helps city to generating good business transaction in four days.

ISNA has its roots with the Muslim Student Association (MSA) from 1963 and ISNA was incorporated in 1981. Its headquarters is located in Plainfield, IN. ISNA has a wide variety of services and programs including education forums for Islamic schools, webinars, regional conferences, youth development, community resources, scholarships, mosque development, chaplaincy endorsement, matrimonial services, community outreach and interfaith programs.

The last two years have been challenging for the global community due to COVID-19 exacerbated by the climate crisis. As we know more than 6 million people globally and more than 1 million here in the United States have lost their lives. Our prayers are for those who have passed away and all who have been affected by this pandemic. For more information and registration, please visit www.isna.net 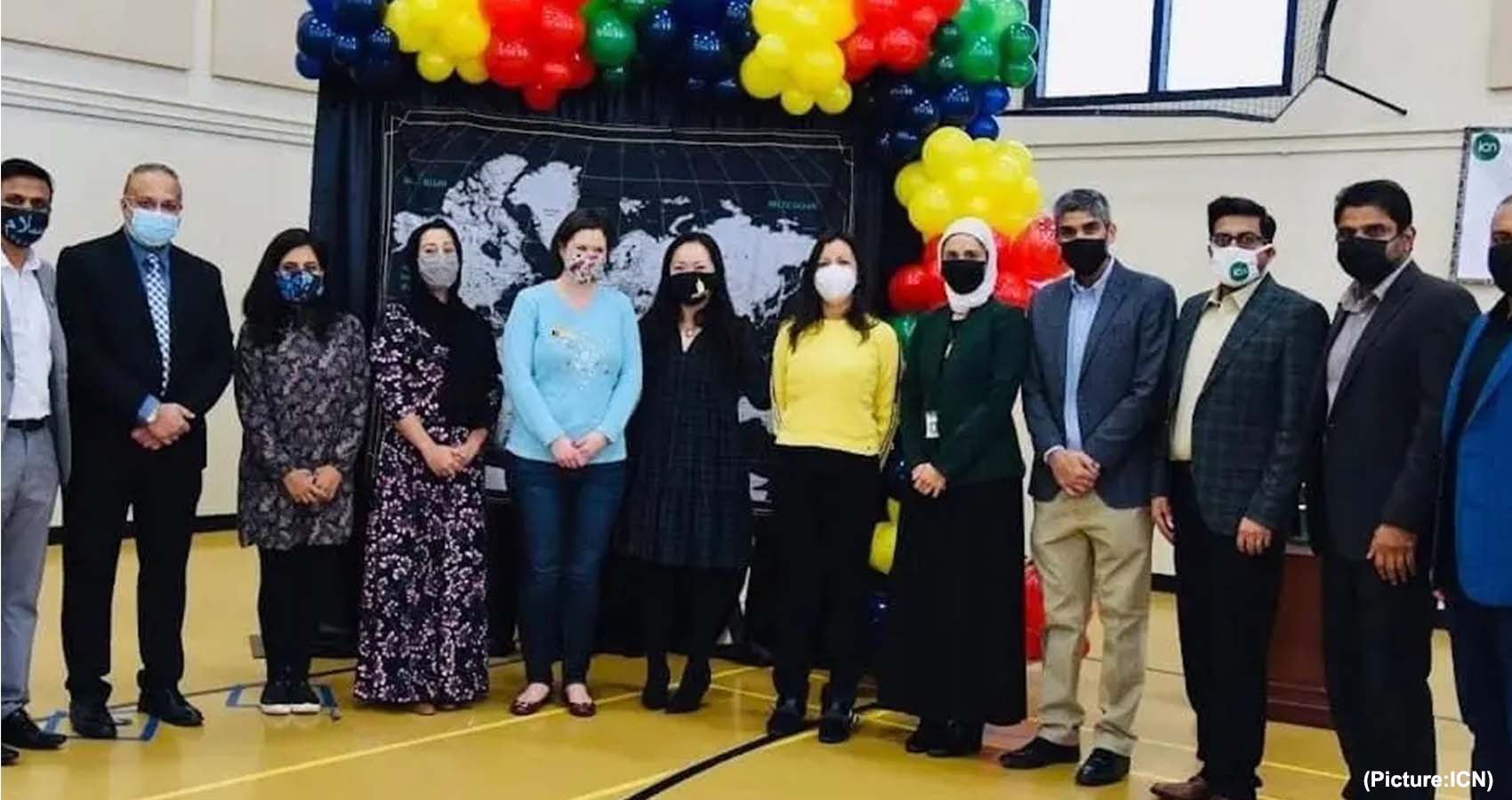 The Fifth annual “Muslims around the World” event, hosted by Islamic Center of Naperville’s (ICN) weekend school, Al-Falah Academy, was held at the ICN’s Ogden Ave facility on Saturday, December 18, 2021. It was an academy and a community event which was attended by over 350 individuals.

Students from Al-Falah academy represented several countries, showcasing the unique cultures within the religion, Islam. The trifolds at each booth reflected student research and artifacts, ethnic outfits along with culinary samples which were contributions from community families. Guests were encouraged to attend and immerse themselves into an exploration of the diverse cultures in countries where Muslims reside.  India, Pakistan Afghanistan, China, Egypt, Somalia, Bosnia, Saudi Arabia, Syria, Turkey, Bangladesh, Uzbekistan, Iraq and the United States were represented at the booths.

Alzena Saleem, Principal of Al-Falah Academy said, “Five years ago, this started off as an event for the students, mainly to showcase for the students the differences between their peers. We are all Muslims, but it was an opportunity for them to see that we have diversity amongst ourselves. Now it is an opportunity, not just for our students and the Al-Falah community but also for the Naperville community as a whole.”

Many students and staff members were dressed in unique and colorful traditional attire, representing their respective countries. The mood in the venue was that of excitement and joy, as students and families proudly represented a blend of cultures across the globe, and within their local community.

“Diversity, as we know it, provides an advantage and has its benefits. The global Muslim community is blessed to be extremely diverse, and the purpose of the event is to highlight our diversity and celebrate it,” said Naeem Hussaini, the Vice Principal of the Academy.

Attendees enjoyed interactions with the students and learning about interesting and intricate details of each culture. The event was well organized and memorable.  The school hopes to continue this annual tradition next year.