India has warned of a significant increase in the presence of terrorist groups in Taliban-ruled Afghanistan and threats to other countries emanating from there, even as it revived a diplomatic presence in the capital Kabul but has stopped short of formal recognition.

“We need to see concrete progress in ensuring that such proscribed terrorists, entities, or their aliases do not get any support, tacit or direct, either from Afghan soil or from the terror sanctuaries based in the region”, India’s Permanent Representative Ruchira Kamboj told the UN Security Council on Monday, August 29, 2022.

India’s concerns about terrorist threats from Afghanistan were widely shared by participants at the Council meeting held on the eve of the anniversary of the U.S. withdrawal from there.

Kamboj said that there was “a significant increase” in the presence of the Islamic State-Khorasan Province (ISIL-K) group in Afghanistan and its “capacity to carry out attacks”.

The Islamic State affiliate “continues to issue threats of terrorist attacks on other countries”, she said.

Kamboj drew attention to the attack on a gurdwara in Kabul in June and the bomb explosion near it the next month, which she said were “hugely alarming”.

ISIS-K had claimed responsibility for the attack on the Sikh temple.

“The linkages between groups listed by the UN Security Council such as the Lashkar-e-Tayyaba and the Jaish-e-Mohammed as well as provocative statements made by other terrorist groups operating out of Afghanistan pose a direct threat to the peace and stability of the region”, she added.

Britain, France, the United States, Albania, Kenya and, even, China and Russia acknowledged the terrorism threats from Afghanistan.

The meeting was convened at the request of Russia, which, along with China, Iran and Pakistan, wanted the sanctions on the Taliban loosened.

They used the terrorism threat to make their case, asserting that engaging with the Taliban, lifting travel bans on their leaders and releasing the country’s frozen funds would pave the way for finding solutions to terrorism and other issues like women’s rights.

US Permanent Representative Linda Thomas-Greenfield countered: “No country that is serious about containing terrorism in Afghanistan would advocate giving the Taliban instantaneous, unconditional access to billions in assets that belong to the Afghan people”.

United Arab Emirates Permanent Representative Lana Zaki Nusseibeh said that the Council should use the tools available to it to make the Taliban combat terrorism.

Albania’s Permanent Representative Frid Hoxha noted that pervasive ties between the Taliban and international terrorist organizations continue, while Kenya’s Counselor Gideon Kinuthia Ndung’u said that it should ensure that Afghanistan will not be a base for terrorist organizations like the Islamic State and Al-Qaida to launch attacks.

Russia, joined by China, Iran and Pakistan, blamed the US for the terrorism in Afghanistan.

Russia’s Permanent Representative Vasily Nebenzya said, “The US came to Afghanistan with a special mission – to fight against terrorism” but “in reality, their arrival to the country only strengthened its status as a hotbed of terrorism and a centre for the production and distribution of drugs”.

He and Zhun said that the US and other Western countries should make up for their mistakes in Afghanistan.

Kamboj said that India has sent Afghanistan 32 tonnes of medical assistance, which includes essential life-saving medicines, anti-TB medicines and 500,000 doses of Covid vaccine, and over 40,000 tonnes of wheat.

These were being distributed through the World Health Organisation and the UN’s World Food Program to ensure they reached the people.

In a statement last Saturday, the Afghan foreign ministry in Kabul said it “welcomes India’s step to upgrade its diplomatic representation in Kabul.”

In June, India re-established its diplomatic presence in Kabul by deploying what it called a “technical team’ ” – a euphemism for junior diplomats – in its embassy in the Afghan capital.

India had withdrawn its officials from the embassy after the Taliban seized power in August 2021 following concerns over their security.

Kamboj also expressed “concern at developments in Afghanistan which directly impact the well-being of women and girls”.

“We join others in calling for the protection of the rights of women and girls, and to ensure that the long-fought gains of the last two decades are not reversed”, the Indian representative said. 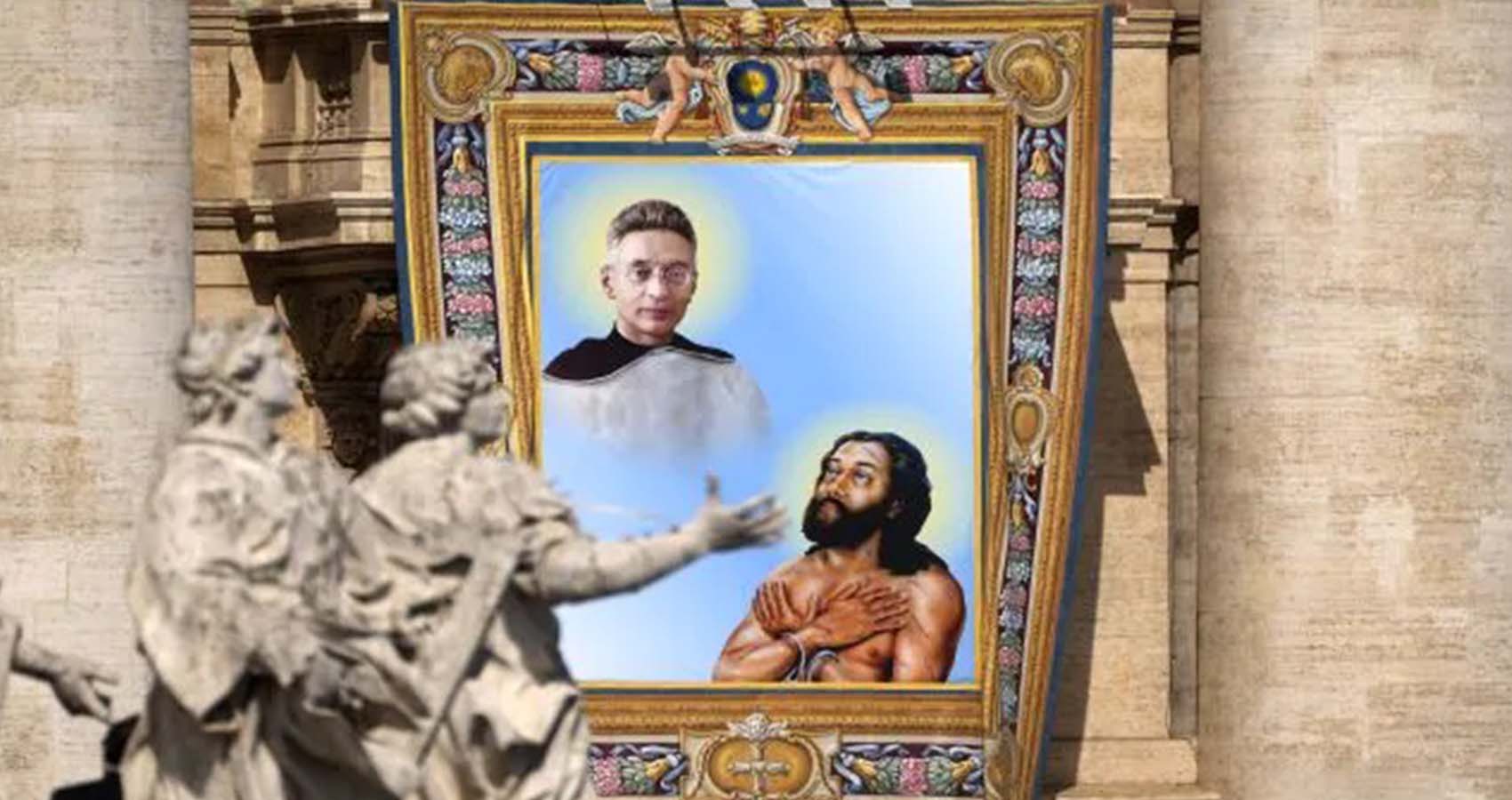 Devasahayam Pillai, who converted from Hinduism to Christianity in the 18th century in the then kingdom of Travancore in what is now Kerala, was declared a saint by Pope Francis at the Vatican Sunday, the first Indian layman to be so venerated by the Catholic Church. Devasahayam, also known as Lazarus, was canonized at a ceremony for what the Vatican calls “enduring increasing hardships”.

“This sainthood is an invitation for us to live and lead a life free of discrimination,” said Father John Kulandai, who attended the canonisation at the Vatican as a key member of the team in Kanyakumari that worked on this matter. The original invitation from the Vatican had mentioned Devasahayam’s former caste “Pillai”. However, following protests that adding the caste name defeats the purpose of what Devasahayam stood for, the Vatican removed it, NDTV said. 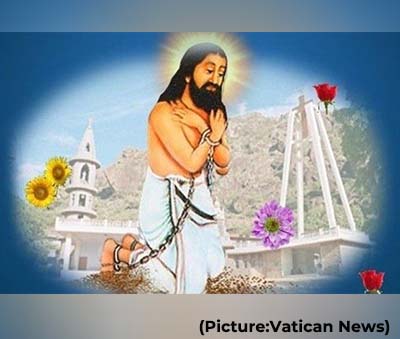 “Saint Devasahayam stood for equality and fought against casteism and communalism. His sainthood comes at a time India is facing a surge in communalism,” said retired Indian civil servant M G Devasahayam, who had written to the Vatican, seeking removal of Devasahayam’s caste name.

“This canonization is a great opportunity for the Church to stand against the prevailing communal poison. The church should have made this a people’s movement, but they failed and made it a clergy-centric event,” he added.

The announcement comes at a time when the Christian community has been under assault in parts of southern India from Hindu chauvinists who have been accusing the Church of using their missionary work to convert poor and vulnerable Hindus and have attacked many churches.

Born Neelakandan Pillai in Hindu upper caste family in present-day Kanyakumari, he worked at Travancore palace. In 1745, he converted to Christianity and took the names of Devasahayam and Lazarus. He went on to fight against caste discrimination among Hindus and was persecuted and then killed.

In 2012, the Vatican recognized his martyrdom after a rigorous process. Devasahayam was chosen for the sainthood after a woman in her seventh month of pregnancy testified to a “miracle” after praying to him in 2013.

The woman said that her foetus had been declared “medically dead” and that there was no movement. However, she said, she experienced movement “after praying to the martyr”. The Vatican accepted this and recognized Devasahayam for sainthood, NDTV said quoting Church sources. 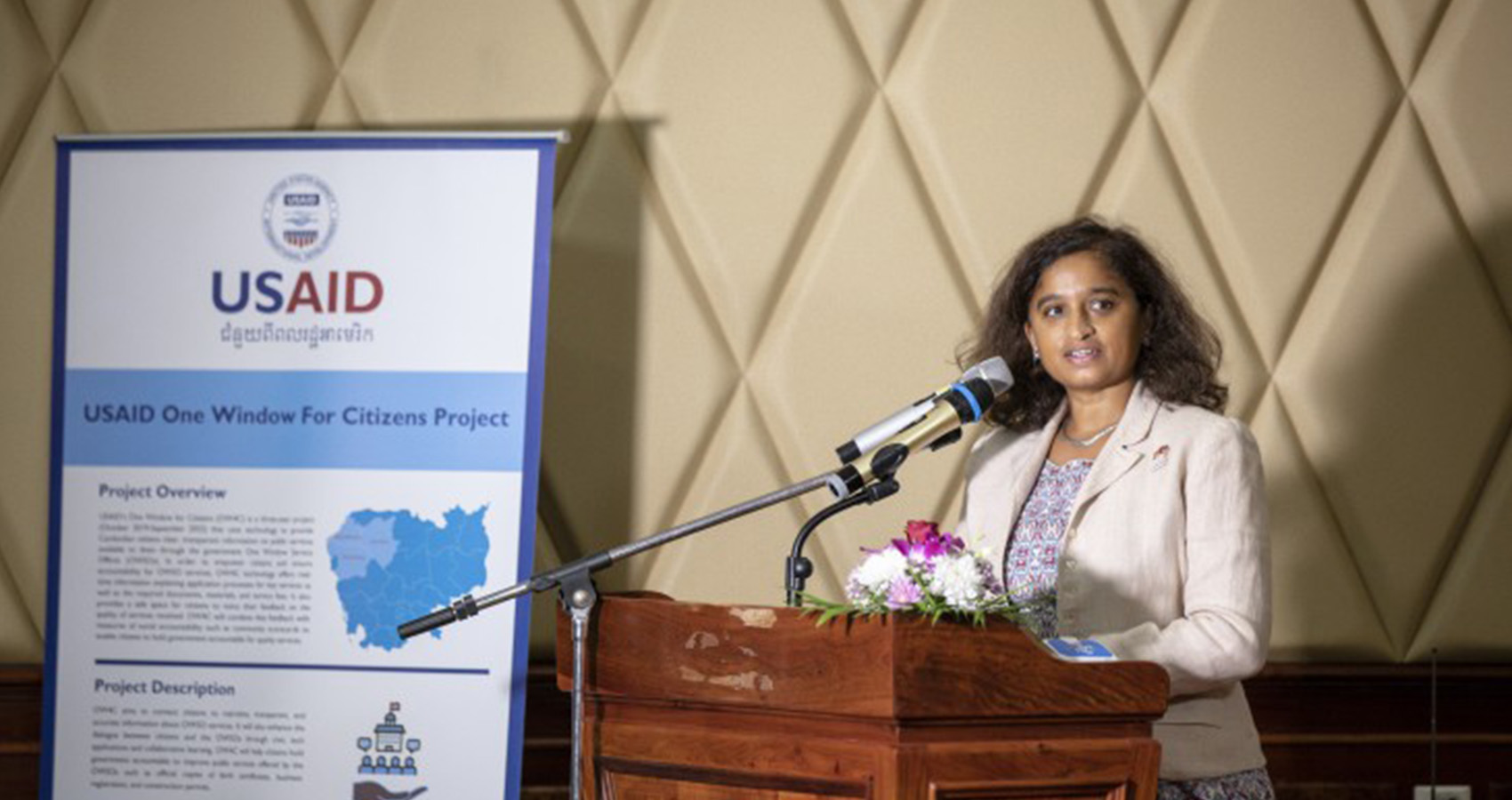 “Today, Veena Reddy was sworn-in as our new Mission Director. She will be the first Indian-American to lead USAID-India, representing the best of both countries, and aims to bolster US-India’s development partnership leveraging her unique experiences and leadership,” tweeted USAID.

“Best wishes, Veena USAID-India. India-USAID partnership has the potential to make a difference to the lives of people not only in India and US, but across the world!” tweeted India’s Ambassador to the United States Taranjit Singh Sandhu.

Reddy – a corporate attorney by profession – arrived in Cambodia in August 2017 and oversaw a staff of 75 as well as USAID programs in the food security, environment, health, education, child protection, and democracy and governance sectors. She has served as Deputy Mission Director in Haiti, where she oversaw post-earthquake reconstruction efforts, elections support, economic growth, food security interventions, hurricane response, and the development of a new strategy, USAID said.

Prior to this posting, she served in Washington as an Assistant General Counsel, covering legal matters for USAID’s programs in Asia, Middle East, and Afghanistan, and Pakistan. She has also served in USAID missions in Pakistan, the Central Asian Republics, and Central America.

An Indian American, Raj Shah, was appointed as the 16th Administrator of USAID by President Barach Obama in November 2009 and he served in that position for six years. President Donald Trump had named an Indian-American lawyer, Sue Ghosh Stricklett, to head the Asian operations of the USAID as its Assistant Administrator.